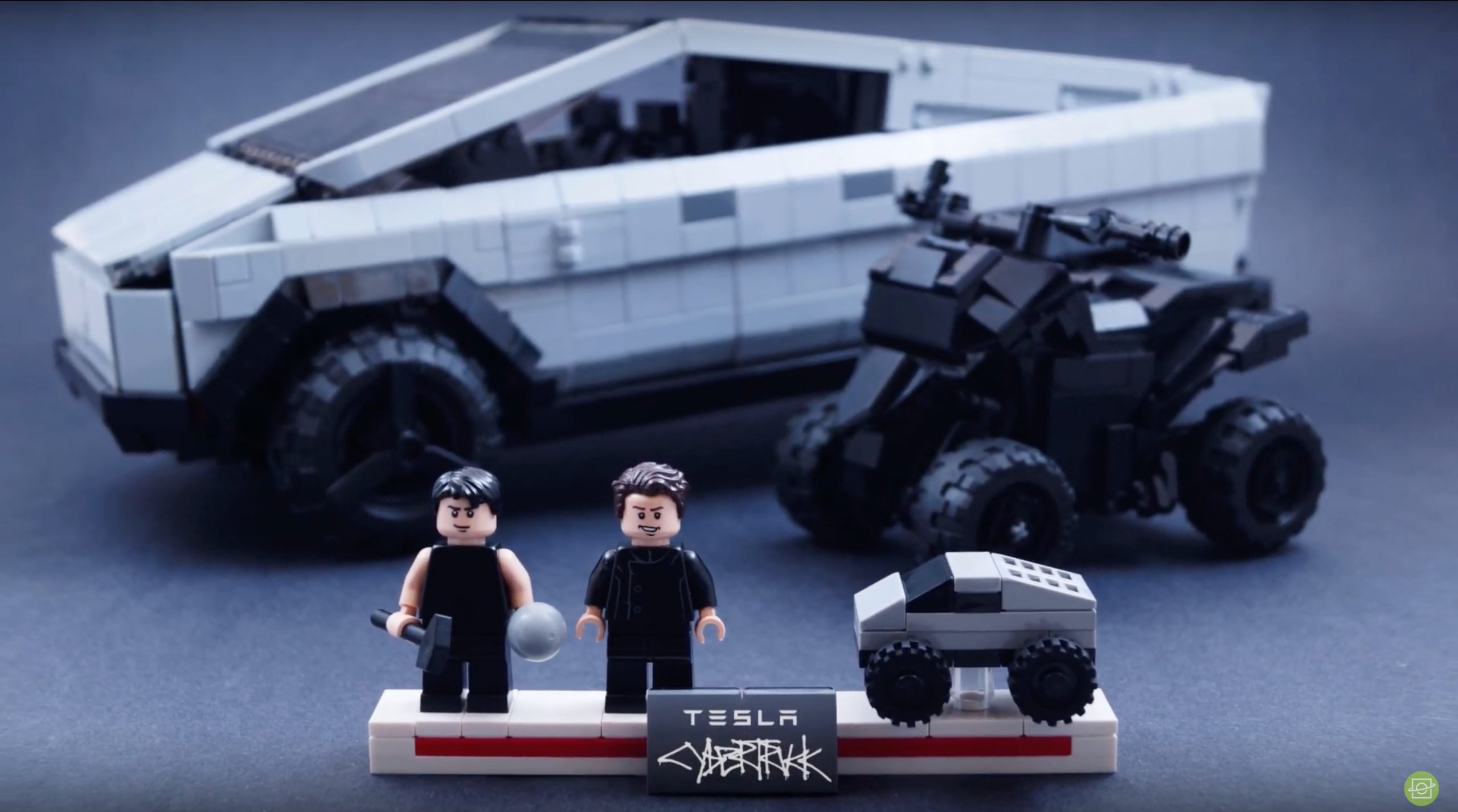 While Tesla’s Cybertruck isn’t slated for production until 2021, an official LEGO Cybertruck kit may hit store shelves a little sooner.

LEGO is reviewing a fan-made brick-built Cybertruck submitted through its LEGO Ideas program. The idea has quickly gained traction since it was submitted in December last year, quickly rounding up 10,000 followers to qualify for a review from LEGO’s experts.

If the LEGO Cybertruck is approved, the toymaker’s designers will take over to finalize the kit’s design. It then gets sent to production before it gets shipped to stores.

The LEGO Cybertruck is the brainchild of a long-time electric vehicle fan who goes by the Twitter handle BrickinNick. He says that while the Cyberpunk design of Tesla’s upcoming pickup truck isn’t for everyone, it has many features that lend itself well to a LEGO build.

“As of yet, EVs have only been marginally represented in the LEGO set catalog,” BrickinNick says. “The striking yet fun design of this LEGO Cybertruck would be an amazing way to get kids and adults alike excited about EVs and all the good they can do for our environment.”

10,000 Supporters. WE DID IT FRIENDS! The incredible excitement & support from all of you has been beyond amazing!

To think that our LEGO Cybertruck has a chance of becoming a real set is mind-boggling. Regardless of what happens, I’ll never be able to thank you all enough 💜 pic.twitter.com/iRK6js015L

BrickinNick’s submission has a front trunk and tailgate function but hopes to integrate several other features, including opening doors, a fold or slide-out ramp, opening charging ports, a full interior, steering, and suspension. He also plans to include a two-seater Tesla ATV as an accessory.

In his latest update, BrickinNick included a display stand featuring Elon Musk and Cybertruck designer Franz von Holzhausen, with the latter holding a sledgehammer and a steel ball to poke fun at the mishap during the Cybertruck unveiling in November.

LEGO launched its Ideas program to encourage fans to submit their own brick-built creations. If their ideas are approved, creators are expected to gather support for their designs.

Once a design reaches 10,000 supporters, LEGO will officially put it through a round of expert reviews. The toymaker does not disclose its review process and criteria. However, if a design passes the review phase, it is handed over to the company’s designers, who will finalize the kit before it hits the production floor.

Other Tesla fans have submitted their designs to the Ideas program, although none aside from BrickinNick’s project has gathered 10,000 supporters.

As of writing, A Tesla Model 3 kit with an opening charging port and its own Supercharger has 278 days to reach the 10,000-supporter mark. It currently has 1,015 supporters. A SpaceX Falcon 9 kit was also submitted in 2017 but was unfortunately unable to gather enough supporters to qualify for review.