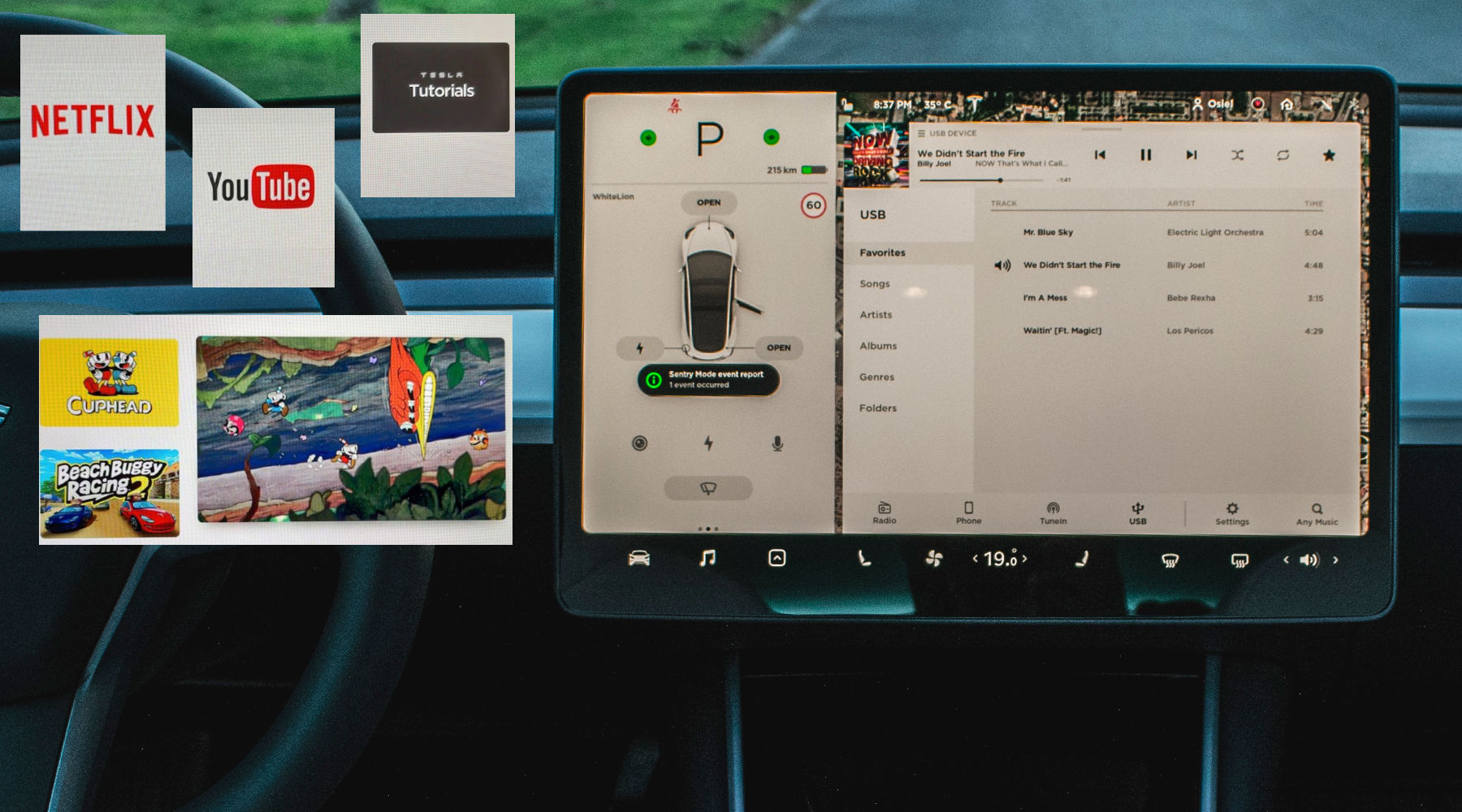 Tesla’s over-the-air (OTA) software updates take the spotlight on a new video created by Tesla owners who are constantly amazed at how the Palo Alto, California-based car manufacturer enhances their electric vehicles. With OTA updates, Tesla can easily fix bugs or roll out features that practically makes its cars so much better as they age.

Tesla Model 3 owner and YouTuber Tesla Raj created a video with the help of other Tesla-focused YouTubers about the 124 OTA enhancements for the Model 3 since its release in 2017. The information was based on the Tesla Model 3 change logs compiled by tech enthusiast and Tesla fan Rocco Speranza.

“So, we are a two-car household. You obviously know my Tesla Model 3 but this is my wife’s 2016 Toyota RAV4 hybrid and the interesting thing is we bought this vehicle three years ago and it’s exactly the same that it was then as it is now,” Tesla Raj said.

“In retrospect, this is my Tesla Model 3 where in the last year and a half, it has gotten so many over-the-air enhancements, adding new features and abilities to it that it’s mind-blowing,” he added.

Tesla regularly pushes OTA software updates to the Model 3, Model S, and Model X to fix software bugs, add new features, or enhance existing ones. The firmware updates can improve the car’s performance via a power boost, add safety features, or just make the car more fun for its driver and occupants. Speranza’s compilation of Model 3 change logs shows that Tesla updates its cars’ software every 7.3 days on average.

This ability to update the vehicle over WiFi sets Elon Musk’s car brand from the rest of the automotive industry. Ford is diving in and will start with OTA updates starting this year while most vehicles in GM’s lineup will have this feature by 2023.  Such Tesla advantage pushes automotive giants and legacy automakers such as Volkswagen to rally their team to act fast or risk falling behind beyond recovery.

OTA updates make consumers feel that their old vehicles are new because they are able to enjoy the latest features rolled out to newly-produced units as well. Tesla has been doing it since the beginning when consumers still dealt with range anxiety. It also changing how car companies can deal with a recall just like what it did when Consumers Report was so amazed how Tesla fixed a braking issue with its Model 3 via OTA.

Elon Musk explained Tesla’s advantage during the Tesla Autonomy Investor Day last April when he said, “The fundamental message that consumers should be taking today is that it’s financially insane to buy anything other than a Tesla. It would be like owning a horse in three years.”

Tesla’s electric cars, their connectivity, autonomous driving capability, and dream of having Tesla robotaxis reshaped and continues to drive changes in the car industry.

In September, Tesla owners received an update that includes the Smart Summon feature that is an improved version of the original Summon, plus some more. The update added a geographical location option that adds more convenience for users. Additionally, the Tesla holiday update gave Tesla vehicles better inner-city Driving visualization, voice commands, Camp Mode, among others.

Aside from free OTA updates, Tesla has also started exploring firmware updates that can be purchased through its mobile app. The carmaker introduced the Acceleration Boost upgrade for $2,000 that improved the Model 3 Dual Motor’s 0-60 mph time from 4.4 seconds to 3.9 seconds.

Elon Musk also has the habit of interacting with the Tesla community via Twitter where vehicle owners suggesting car features that they need such as using the cameras of the vehicle to negotiate tight parking spots, a feature to avoid dooring, or requesting for popular apps such as Disney+.

Consumers can only expect Tesla to continue pushing OTA updates in the future so its electric vehicles will perform better, be safer, and be more fun to drive.

Here’s the video by Tesla Raj in collaboration with notable members of the Tesla YouTube community on the 124 OTA enhancements: