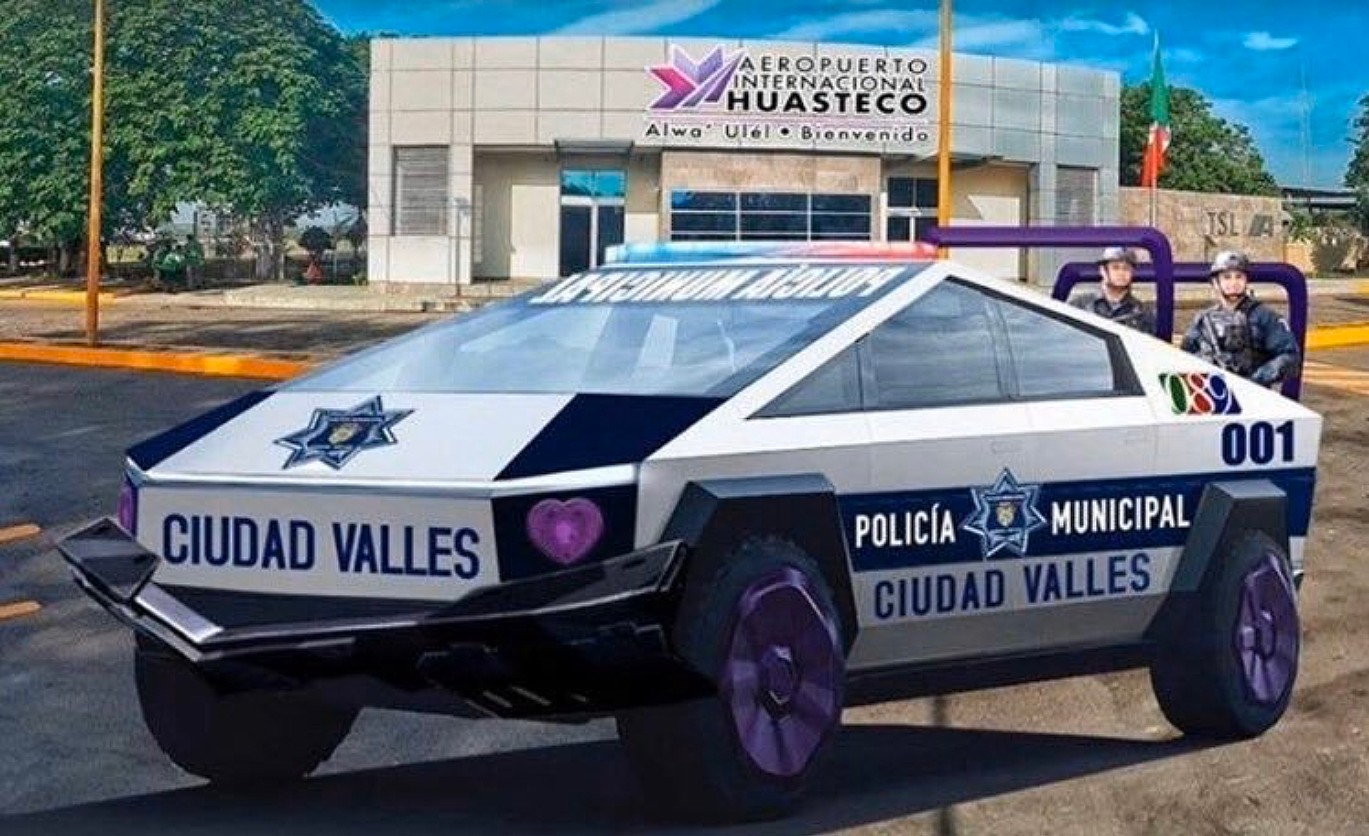 The Tesla Cybertruck appears to be attracting more and more customers thanks to its price and utility, including those in positions of power. Just recently, the mayor of Cuidad Valles, a municipality in San Luis Potosí, Mexico, announced that he has reserved 15 units of the all-electric pickup. The reason? They’re tough, capable, and very affordable to maintain and run.

In a statement to news outlet El Imparcial, Mayor Adrián Esper Cárdenas explained that the 15 Cybertrucks he ordered will primarily be used by the municipality’s police force. The vehicles will also be utilized for otherwise heavy tasks such as pulling “water pipes and garbage containers” thanks to their power and speed. Overall, the reservation cost the municipality about MXN$30K or a little over US$1,500.

The Mexican mayor added that he ordered ten units of the Dual Motor AWD variant and an additional five units of the tri-motor AWD version. Cárdenas did not reveal which of the vehicles will be specifically deployed for the municipality’s police force. Speaking with media representatives, the mayor added that while the Cybertruck purchases would likely amount to about MXN$20 million pesos (about $1 million), these costs are expected to be offset by savings offered by the vehicles.

Cárdenas noted that the Cybertrucks would likely generate millions worth of savings per year due to their low operating costs. The mayor also assured members of the media that the cost of maintaining the vehicles is almost nothing compared to comparable vehicles. And if components do break, they can be replaced by warranty. Couple this with the Cybertrucks’ tough build and near-armored frame, and the vehicles will likely pay for themselves in savings within years of their service.

Ultimately, Cárdenas argued that his decision to reserve 15 of Tesla’s Cybertrucks was a matter of “common sense,” considering that the vehicle is capable and able to offer a number of benefits to the municipality.

The Tesla Cybertruck, with its tough exoskeleton and domineering size, has been eyed by law enforcement agencies for official use. In the United States, for example, the Kansas Highway Patrol serving the North Central Kansas area has noted on its official Twitter account that it is looking forward to using the all-electric pickup for its fleet of police vehicles. The Dubai Police has also placed an order for the Tesla Cybertruck, which will be deployed alongside some of the world’s most exclusive police cars like the Aston Martin One-77.