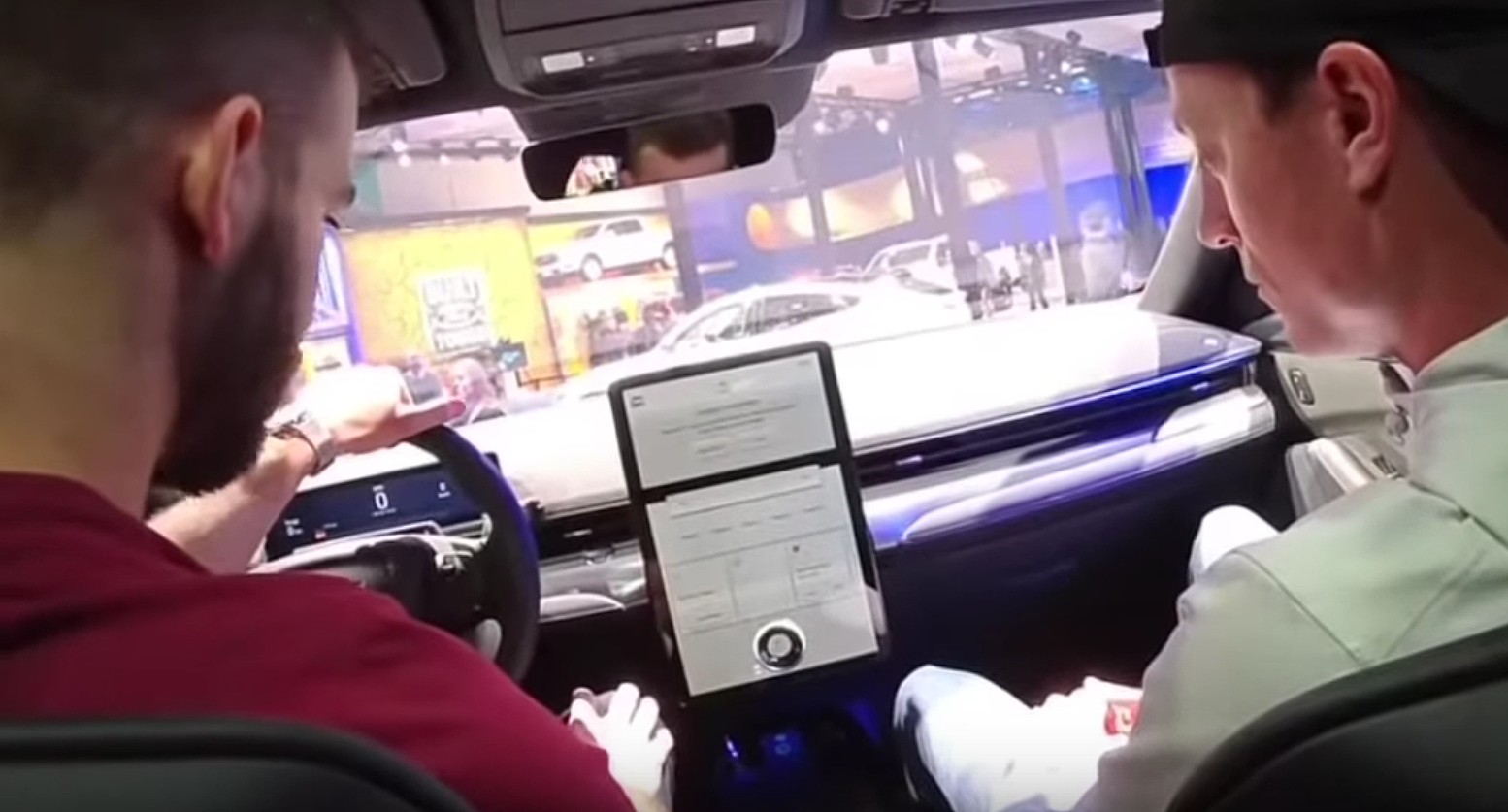 Tesla holds a lead in several aspects of the electric car market, from its battery management and efficiency to its over-the-air software updates. Part of this is due to its vertical integration, which allows the company to develop software that is specifically designed to work well with its vehicles’ hardware. This makes Tesla’s electric cars pretty much the vehicle equivalent of the iPhone and iOS in terms of its smoothness and ease of use.

This is not to say that Tesla’s software is perfect, of course. The company’s vehicles still encounter bugs at times, and it is evident that there is still a lot of room for improvement. That being said, if a recent video of the Ford Mustang Mach-E’s in-car software and UI is any indication, it appears that even in its ever-improving state, Tesla’s in-car software is leagues beyond the competition.

During the LA Auto Show, Tesla enthusiasts Rob of the Tesla Daily podcast, Galileo of YouTube’s Hyperchange channel, and TSLA investor Matt Joyce opted to take a look at the recently-unveiled Ford Mustang Mach-E, a premium all-electric crossover that is expected to compete with the upcoming Tesla Model Y. Strangely enough, to gain access to the vehicle’s interior, the Tesla Daily podcast host and the rest of the group had to pay a refundable reservation fee of $500.

Once inside, a Ford representative gave a brief walkthrough of the Mach-E’s features, particularly its portrait-oriented center display. Footage taken of the demo from the Hyperchange host revealed that the software in the Mach-E’s infotainment system is notably slow and laggy when responding to touch inputs. When asked about why this was the case, the Ford representative stated that it was likely due to the display being on for several days.

Granted, the Ford Mustang Mach-E in the LA auto show was a demo unit, and as such, its software is likely still in its developmental phase. Thus, Ford has a good amount of time to refine its all-electric crossover’s software before it gets released to the market.

Unfortunately, veteran automakers have a reputation for releasing in-car software that is about as quick and responsive as the first touchscreen phones that attempted to rival the first iPhones more than a decade ago. The Jaguar I-PACE, for example, is a vehicle that has received over 60 awards from esteemed organizations and media agencies, but the vehicle’s infotainment system cannot hold a candle to the Model 3’s software and user interface.

The same is true for the Audi e-tron. The vehicle is posh and luxurious, but when it comes to software, the car just does not feel like it is equipped with the best that tech has to offer. This is something that was explained by Elon Musk on Twitter, when he addressed why the auto industry is simply not very good at in-car tech. “Connected, autonomous cars require great software. Advanced factories also require great software. The car industry is not very good at software,” Musk wrote.

Watch a first look at the Ford Mustang Mach-E’s infotainment system in the video below.