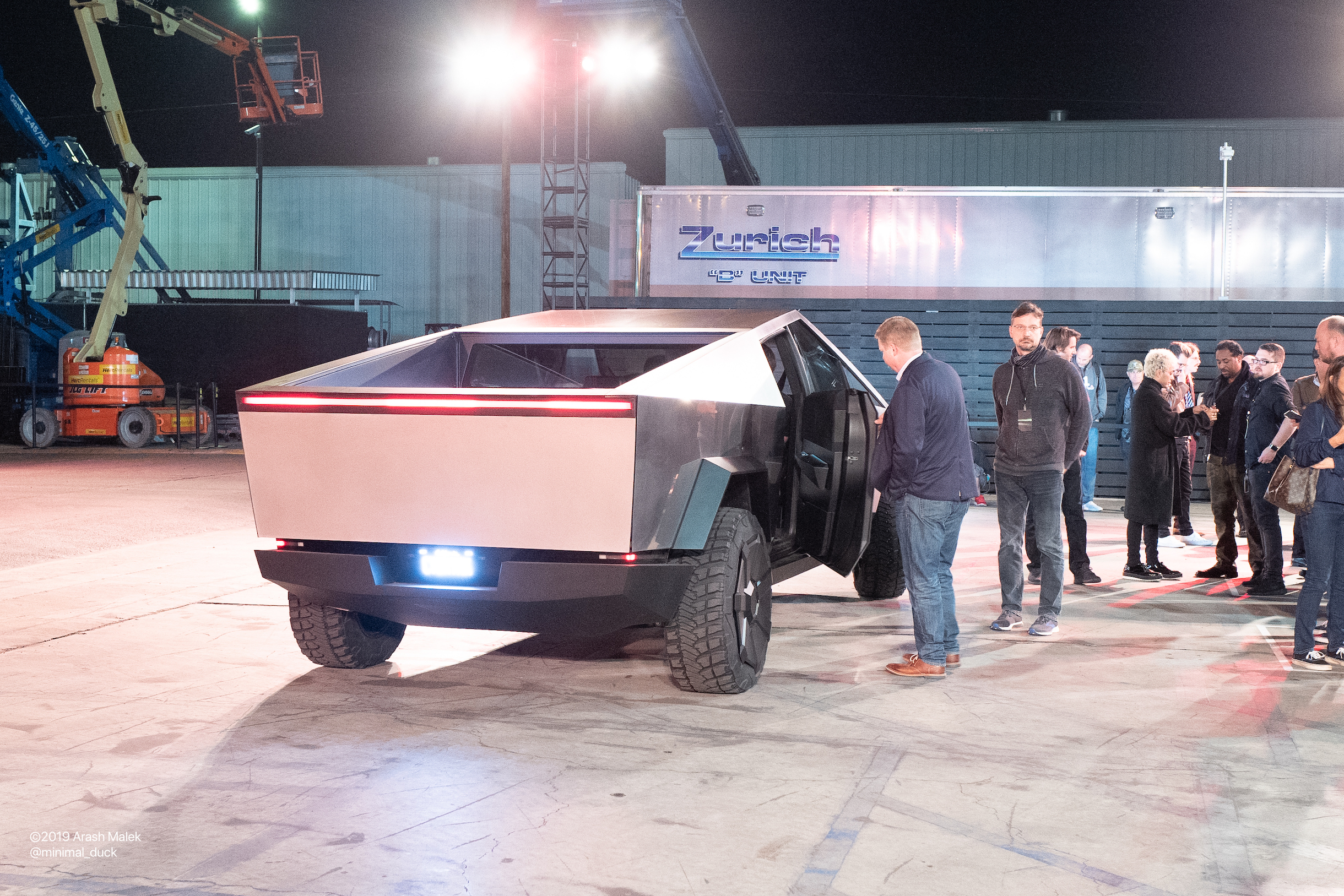 For the Tesla Cybertruck to excel in the pickup truck market, it will have to exceed or at least match the utility capabilities of the industry’s biggest players such as Ford, whose F-150 has become an icon of the United States. Elon Musk’s recent comment regarding the results of a rather shocking test on a Ford F-350 hints that the Cybertruck will have the goods to make it a formidable competitor in the pickup market, and then some.

Tesla enthusiast John D. recently shared a video of a Ford F-350 with 3,000 lbs of payload in its bed being tested on a sloped platform. The video was brief, but it contained a particularly painful incident showing the F-350’s tailgate warping due to the way the vehicle was positioned. It was a bit shocking, to say the least, especially since the Ford truck is considered as one of the market’s more durable pickups. The massive truck’s tailgate could not be opened after it warped as well.

Responding to the video, Elon Musk explained that such incidents would not happen on the Cybertruck, as the domineering all-electric vehicle is equipped with adaptive air suspension, which was demoed briefly during the vehicle’s unveiling event. “That’s why Cybertruck has active suspension height & damping control,” Musk said.

The Tesla CEO’s statements seem to be the tip of the iceberg, as other features of the Cybertruck would likely prevent the same warping incidents that haunted the Ford F-350 in the test. The Cybertruck’s non-ladder-frame design, for example, means that its bed is not separated from the cab like the F-350. Its fully-integrated exoskeleton and XY design should also help greatly in load-bearing.

This will likely be a strong selling point for the Cybertruck, considering that such warping incidents are reportedly often on vehicles that actually get put to work in the country. If Tesla can prove that the Cybertruck has what it takes to ensure that the vehicle does not warp even in conditions that would damage its competitors, it could establish itself as the pickup truck to beat in terms of durability.

The Tesla Cybertruck is, in a way, a vehicle that is a page away from the electric car maker’s playbook. With a bold XY design, the Cybertruck is incredibly different compared to Tesla’s existing Model S, 3, and X lineup. Yet, despite this, the vehicle has been lauded by auto expert Jack Rickard, who noted that the pickup may very well prove to be Elon Musk’s boldest and greatest creation yet, thanks to its durability, power, features, and its potential off-road capability.

“He hit all the right notes, on here is a truck you can take a sledgehammer to, and you can beat this truck all you want and it doesn’t even show damage. And it has an off-road capability in case you ever roll it up onto the front lawn of your house,” he said.