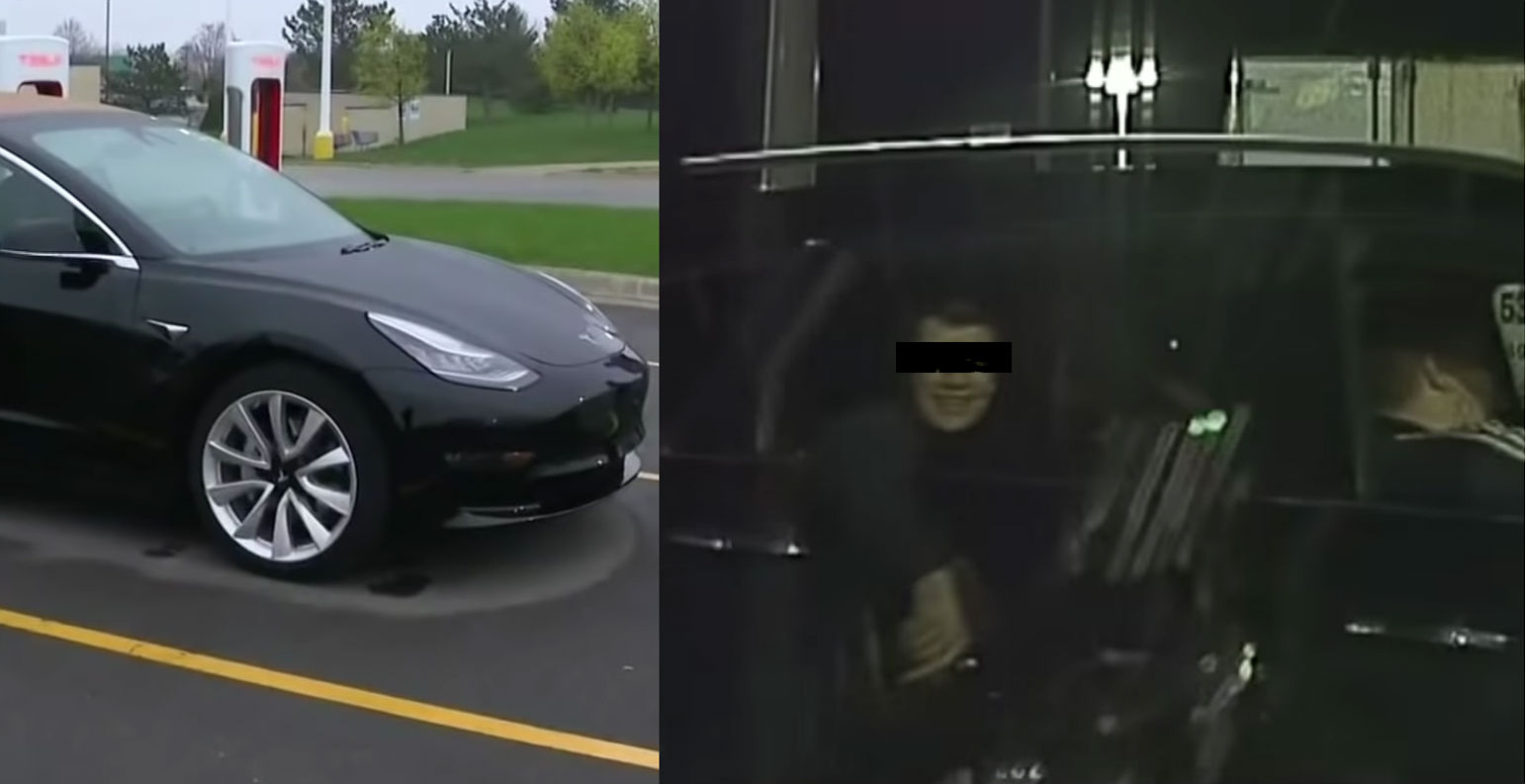 A Tesla owner is thanking his Model 3’s built-in dashcam features for capturing footage of a group of teenagers vandalizing his electric car. When he reported the incident to local authorities, the Model 3 owner was surprised to learn that his vehicle might not be the first Tesla to be vandalized in the location.

Darin Lee, the Model 3 owner, was Supercharging his electric sedan at a Supercharger in a Meijer outlet in Ann Arbor, MI, when a group of teenagers in a Cadillac SUV pulled up to his vehicle. Laughing amongst themselves, the vandals proceeded to pelt the Model 3 with several eggs.

Lee was inside the vehicle then, and when the teens realized that there was someone inside the Model 3, they promptly drove off. “I think they were going to cover my car with all five-dozen eggs. They saw me and took off real quick,” Lee said, speaking to local news.

What the teens didn’t know was that the Tesla was actively recording its surroundings while it was Supercharging. Thus, everything, from the moment they pulled up to the vehicle to the point where they realized the owner was inside the electric car, everything was captured in all their embarrassing glory.

While the incident seemed to be a simple prank, Lee notes that it might end up costing him a significant amount. Speaking to local news, the Model 3 owner noted that his electric car’s paint actually got scratches from the incident, which might cost him as much as $800 to repair.

Lee later reported the incident and turned over his Model 3’s dashcam footage to the police. Surprisingly, the police notified Lee that his Model 3 might not be the first Tesla to be vandalized in the same Supercharger. “It’s terrible, what’s happened. Just for you know, driving a specific car. If that is what it is,” Lee said.

The Model 3 owner noted that he bought his electric car primarily to help his disabled roommate get around. For now, Lee hopes that the teens behind the incident could be identified, especially since the vandalism, even if it’s just a prank, could be a costly one.

Fortunately, the teens behind the vandalism of the Model 3 have not been very smart about their prank. The teens, for example, seemed to have bought the eggs at the Meijer outlet nearby, where surveillance cameras recorded them. The store hopes to turn their surveillance footage over to the police as well.

Tesla has made a reputation for being one of the few carmakers that improve its vehicles over time through free over-the-air updates. The Model 3’s built-in dashcam feature, as well as the more robust Sentry Mode anti-theft system, are among these improvements. Hopefully, the dashcam footage from Darin Lee’s Model 3 could indeed be used to crack open the case and serve justice… sunny side down.

Tesla’s electric cars are well-loved vehicles, but they remain polarizing for a select group of people, particularly those who are not open to the idea of electric propulsion replacing the internal combustion engine. This has resulted in incidents such as ICE-ing, which involves preventing an electric car from charging, and even attacks on Superchargers.

Watch a segment on the vandalism of a Tesla Model 3 in the video below.