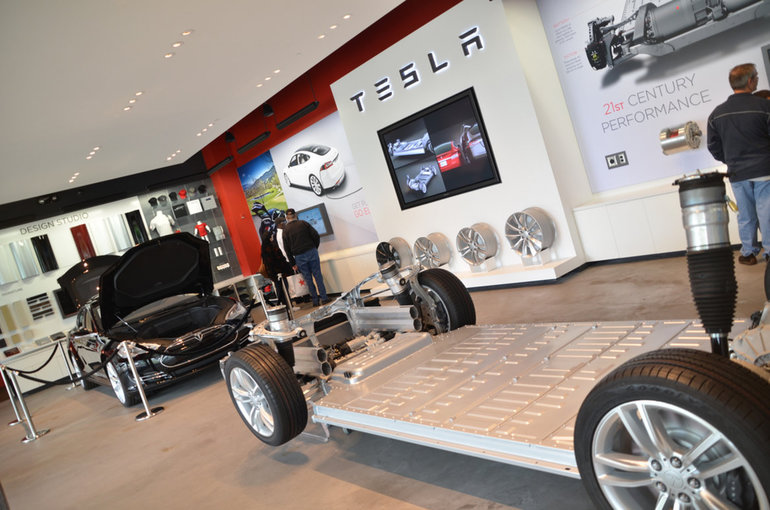 Tesla sales in Maryland got a boost this week with governor Larry Hogan signed a bill allowing the company to have up to 4 stores within the state. Tesla sales in Maryland got a boost this week when governor Larry Hogan signed a bill allowing Tesla Motors to sell directly to customers within the state. The bill doesn’t just apply to Tesla. It gives permission to any manufacturer of “alternative energy vehicles” to have up to four sales locations within the state.

Tesla is still waging a campaign in several other states to repeal or modify local laws that prohibit automobile sales directly to the public instead of through a franchised dealer. Texas and Michigan are two of the states that are still protecting the monopoly that franchised dealers enjoy.

Tesla got an assist recently from the Federal Trade Commission, which posted on its website, “A fundamental principle of competition is that consumers – not regulation – should determine what they buy and how they buy it. Consumers may benefit from the ability to buy cars directly from manufacturers – whether they are shopping for luxury cars or economy vehicles. The same competition principles should apply in either case.” The FTC goes on to say, “Blanket prohibitions on direct manufacturer sales to consumers are an anomaly within the larger economy. Most manufacturers and suppliers in other industries make decisions about how to design their distribution systems based on their own business considerations, responding to consumer demand. Many manufacturers choose some combination of direct sales and sales through independent retailers.

Typically, no government intervention is needed to augment or alter these competitive dynamics—the market polices inefficient, unresponsive, or otherwise inadequate distribution practices on its own. If the government does intervene, it should adopt restrictions that are clearly linked to specific policy objectives that the legislature believes warrant deviation from the beneficial pressures of competition, and should be no broader than necessary to achieve those objectives.”

Finally, the FTC closes with this statement, “Absent some legitimate public purpose, consumers would be better served if the choice of distribution method were left to motor vehicle manufacturers and the consumers to whom they sell their products.”