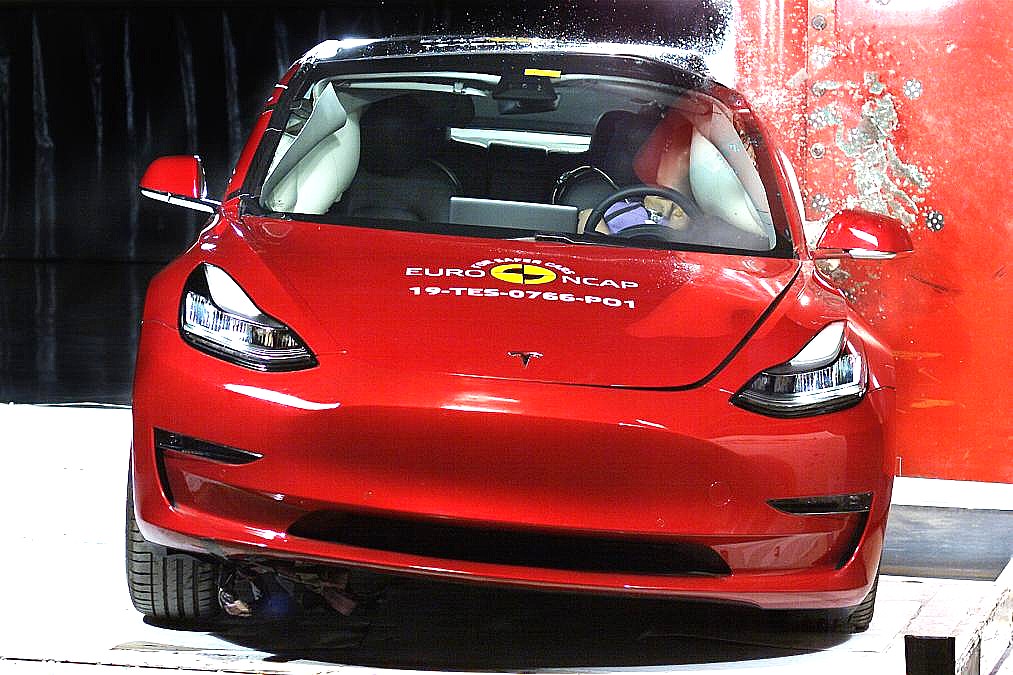 Teslas are among the safest cars on the road, and part of this is due to their suite of active and passive safety features. From Autopilot’s capabilities to standard features like Automatic Emergency Braking, Tesla’s electric cars are designed to avoid accidents, or protect its occupants in the event that a crash is unavoidable.

Yet, despite the company’s reputation for making extremely safe vehicles, Tesla was strangely missing from a Swedish insurance firm’s recently-released list of safest cars for 2019. The reason behind this is both parts impressive and ironic at the same time.

Every year, Swedish insurance company Folksam releases the results of its annual study on the country’s safest cars, a list that was dominated this year by the Toyota Rav4. To determine which vehicles make the cut, Folksam stated that it must be able to analyze actual crash data from an ample number of collisions.

This proved problematic for Tesla’s electric cars, as the company’s vehicles simply did not crash often enough for Folksam to get enough data. This year, for example, the insurance company only recorded seven accidents from Tesla’s vehicles, which is simply too few. Anders Kullgren, Folksam’s head of research, explained to news agency NyTeknik that Tesla’s absence in the company’s safest vehicles list is due to statistics.

“We saw seven accidents with Tesla in this year’s material and that is far too little. They have very many safety systems and high security, which means that they may never be included in our lists if the cars’ (number of accidents) is too small,” he said (translated from Swedish to English using Google Translate).

Elaborating further, the Folksam head of research explained that its safest cars list is published primarily for car buyers looking to purchase used vehicles. When asked by an electric car enthusiast on Twitter why vehicles in its safest cars list require an ample number of real accidents to qualify for the firm’s rankings, Folksam responded that it actually acknowledges Tesla, which it lists as one of its recommended new cars.

The Model 3, Tesla’s more affordable vehicle yet, has also set records with its safety features. After garnering a perfect 5-star safety rating from the NHTSA, the electric sedan also granted a perfect score by the Euro NCAP in all four of its tests’ categories. Matthew Avery, head of research at Thatcham Research, which conducts the crash tests with the Euro NCAP, stated that Tesla’s emphasis on safety was evident in the Model 3’s design and features.

“Tesla has done a great job of playing the structural benefits of an electric vehicle to its advantage. The Tesla Model 3 achieved one of the highest Safety Assist scores we have seen to date,” he said.