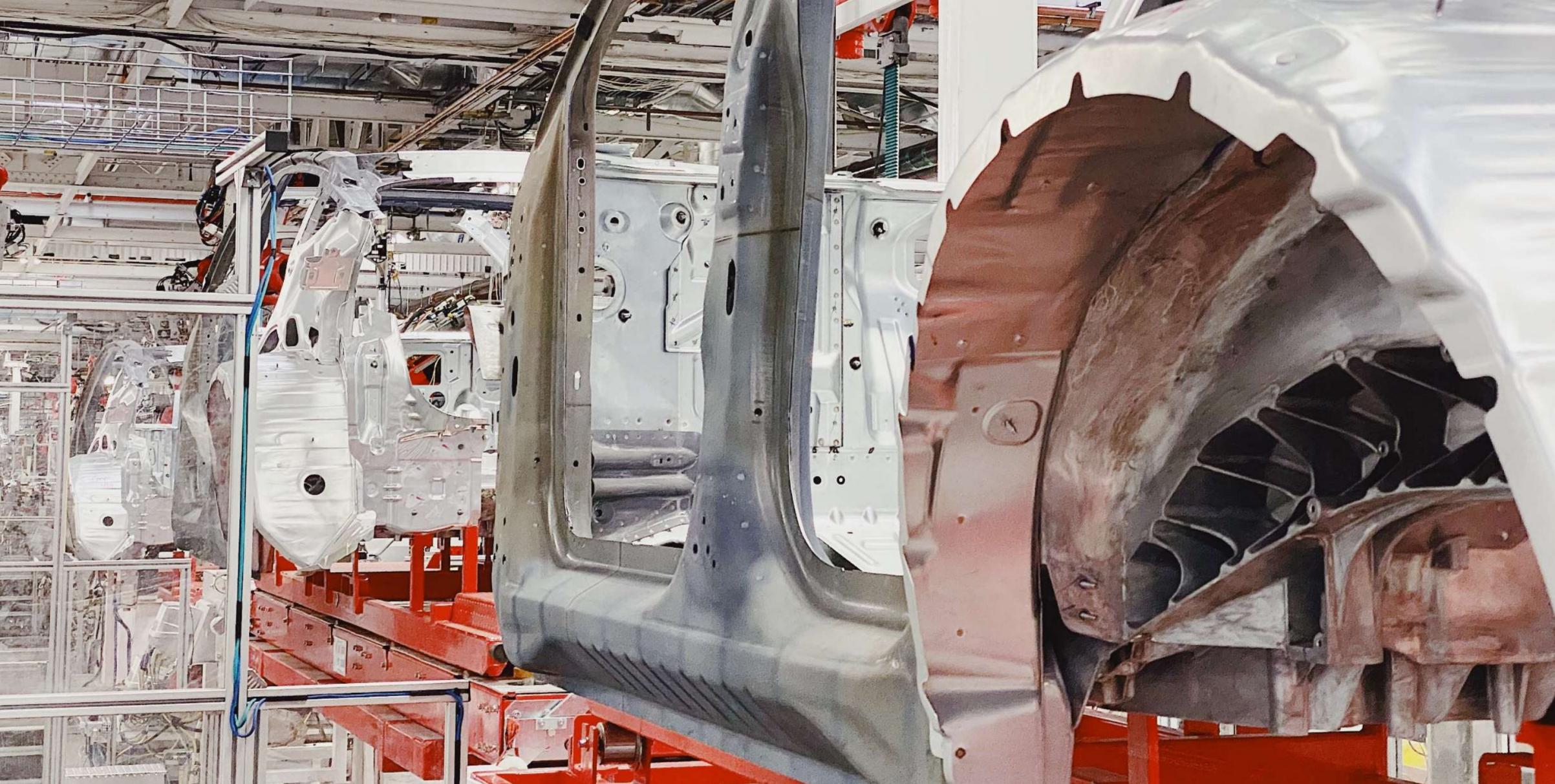 Tesla is gathering the pieces for an Alien Dreadnought 2.0 attempt at Fremont

Recent construction permits filed for the Fremont Factory suggest that Tesla is looking to improve the massive electric vehicle production facility’s automation even further. With the plant’s ongoing improvements, it almost seems like Tesla is about to attempt yet another crack at Elon Musk’s once-failed initiative: the “Alien Dreadnought” factory.

The Fremont factory has caught the attention of the nation in the past weeks, as Elon Musk and Tesla locked horns with officials from Alameda County who insisted that the facility remain shut even after California moved to its Stage 2 response for the ongoing pandemic. After a lawsuit, an act of bold defiance from the CEO, some strong words from a CA Assemblywoman against Musk, and support coming from both sides of the political spectrum, the plant was finally allowed to formally return to its normal operations.

But even during the shutdown, Tesla has been exhibiting signs that it intends to improve the Fremont factory. Permits for paint shop improvements were filed, for example, and similar documents were submitted for upgrades in the facility’s vehicle production lines. These lines were speculated to be allotted for Model Y production, which would allow the company to produce the all-electric crossover en masse without any issues.

Just recently, Tesla also filed building permit applications for the addition of “MINO robot riser anchorage structural package” and “MINO Equipment and fixture anchorage” for the Fremont Factory. These may seem a bit understated, though a look at MINO’s expertise provides a notable hint at what Tesla may be planning for its main EV production facility in the United States.

MINO Automation is a firm that provides fully integrated automation production systems that are tailor-fit for its clients. As per the company’s website, MINO specializes in Body in White (BIW) manufacturing systems that concentrate on body framing, laser application, sealing, hemming, resistance welding, and automated stranger systems. MINO works with FANUC Robotics as well, which are also being utilized by Tesla.

A look at Tesla’s recent building permit applications for the Fremont factory shows that the electric car maker is set on improving its plant, and it is also doing what it can to raise its automated processes. Just as Elon Musk intended during the Model 3’s initial delivery event, more automation would likely result in a smooth production ramp. This, of course, is especially important with the Model Y, Tesla’s highest-volume EV to date.

Those who have followed Tesla over the years would know that the company had already attempted an extremely-automated vehicle production approach in the past. Dubbed as Elon Musk’s “Alien Dreadnought” initiative, the program, which was intended for the Model 3, was supposed to be Tesla’s big breakthrough for vehicle production.

Alas, history would show that this was not meant to be, as issues with the over-automated line eventually forced Tesla to adopt a more human-centered approach to Model 3 manufacturing. Even Elon Musk eventually stated that humans are ultimately “underrated.”

But Tesla today is not the same as the company as it was during the early days of the Model 3’s production ramp. Today, Tesla is an experienced mass-manufacturer of electric cars, having produced thousands upon thousands of Model 3 sedans last year. And the company is nowhere near done. Over in Shanghai, Tesla China is attempting to ramp its local Model 3 production at a pace that far exceeds the company’s operations in Fremont.

With this in mind, there seems to be no better time to attempt yet another crack at a hyper-automated factory than today. The Model Y is the perfect vehicle for such an initiative, considering that the crossover is a high-volume car that’s designed to be built in a simple and efficient manner. As per the findings of automotive teardown specialist Sandy Munro, the Model Y seems to be designed for automation, from its rigid wiring systems that are friendly to robots, to its giant casts that eliminate unnecessary parts.

Time will tell if Elon Musk and Tesla are going to attempt another Alien Dreadnought for the Fremont factory. But either way, the remaining months of the year will likely see the California-based electric car production facility manufacturing vehicles at a volume that has never been witnessed before.

Tesla is gathering the pieces for an Alien Dreadnought 2.0 attempt at Fremont