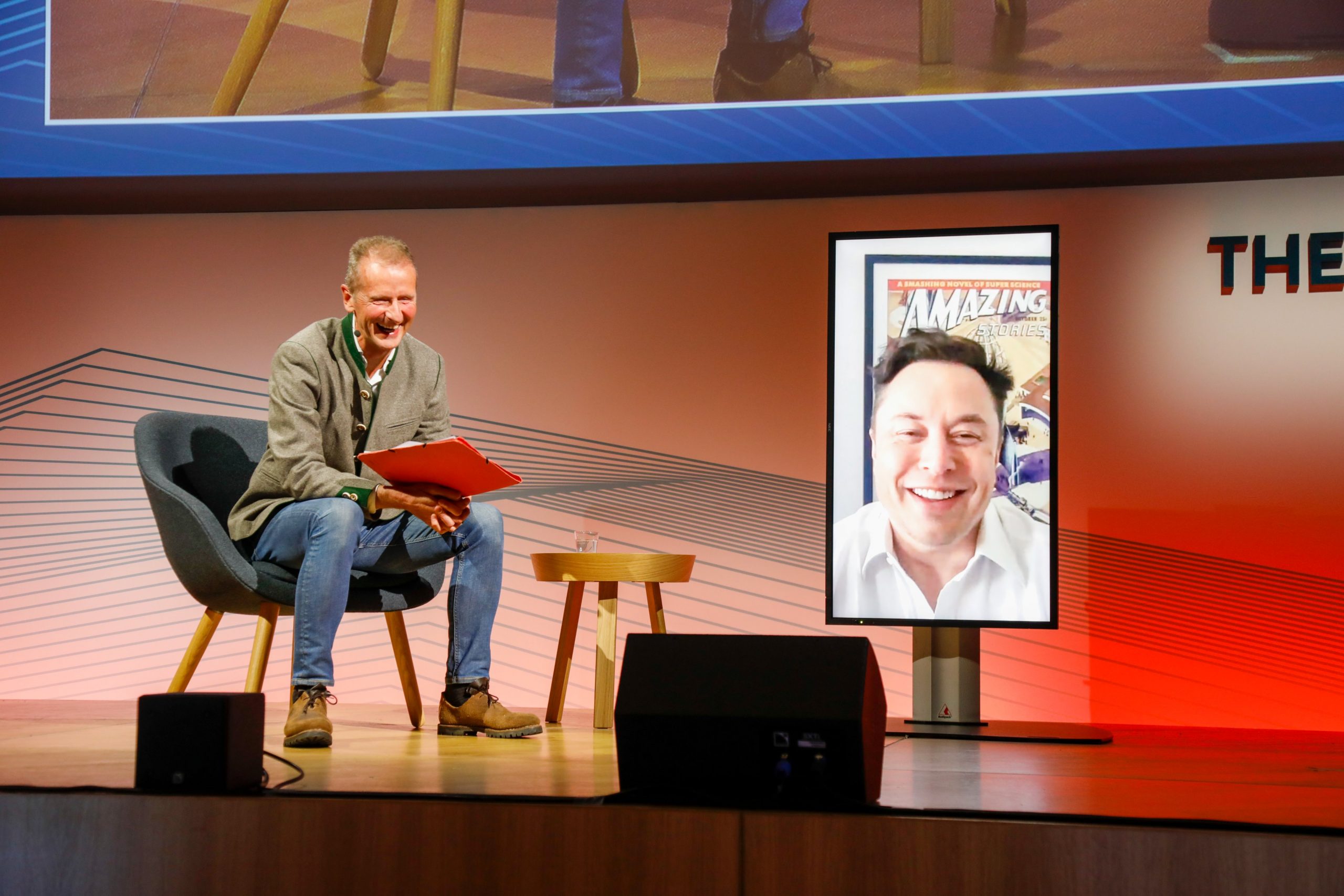 The Elon Musk and Herbert Diess budding bromance seems to be going strong, with the Tesla CEO making a surprise appearance at the Volkswagen managers’ 2021 Leadership Summit in Alpbach, Austria.

Elon Musk’s attendance at the VW Group gathering reveals Diess and the Tesla CEO’s deep respect for each other. Musk’s appearance also shows that Diess is willing to change his mindset, something that he believes everyone at Volkswagen AG needs to go through to compete with new automakers.

“We need a new mindset at Volkswagen AG to take on the new competition!” posted Herbert Diess on LinkedIn. “After three days with 200 top managers from the world, I am confident: We have everything we need to tackle the challenges. Right strategy, right competencies, right management team. We can do it—but we have to deliver now.”

It seems like Diess invited Elon Musk to speak at the summit to learn from Tesla’s CEO and gain some perspective. According to Handelsblatt, Diess asked Musk why Tesla was so nimble compared to its rivals.

The Tesla CEO replied that it came down to his management style and how he thought of himself. Musk shared that he perceived himself as an engineer, first and foremost, one that has an eye for supply chains, logistics, and production.

Musk may have given Diess and VW managers some encouraging words at the meeting as well, assuring everyone that they were moving in the right direction.

“As a surprise guest [Elon Musk] joined us for a video talk in the evening. Happy to hear that even our strongest competitor thinks that we will succeed in the transition if we drive the transformation with full power,” Diess noted.

According to VW CEO Ralf Ralf Brandstätter, Project Trinity is like the point of “crystallization” for the legacy OEM’s ACCELERATE strategy. VW Group plans to “accelerate” its transformation into a software-driven mobility provider, and Project Trinity seems to be an integral part of the company’s evolution.

At Giga Fest, a poster stated that Giga Berlin aims to produce one car body every 45 seconds, hinting at how many cars Giga Berlin could make in the future. The sign did not indicate whether the goal was short-term or long-term.

However, it has been reiterated repeatedly that one of Tesla’s early goals for Giga Berlin is to produce 500,000 vehicles a year. Since Giga Berlin’s goal has been made public, Volkswagen Group has a clear EV production goal to compete with Tesla in Grünheide.

The Teslarati team would appreciate hearing from you. If you have any tips, reach out to me at [email protected] or via Twitter @Writer_01001101