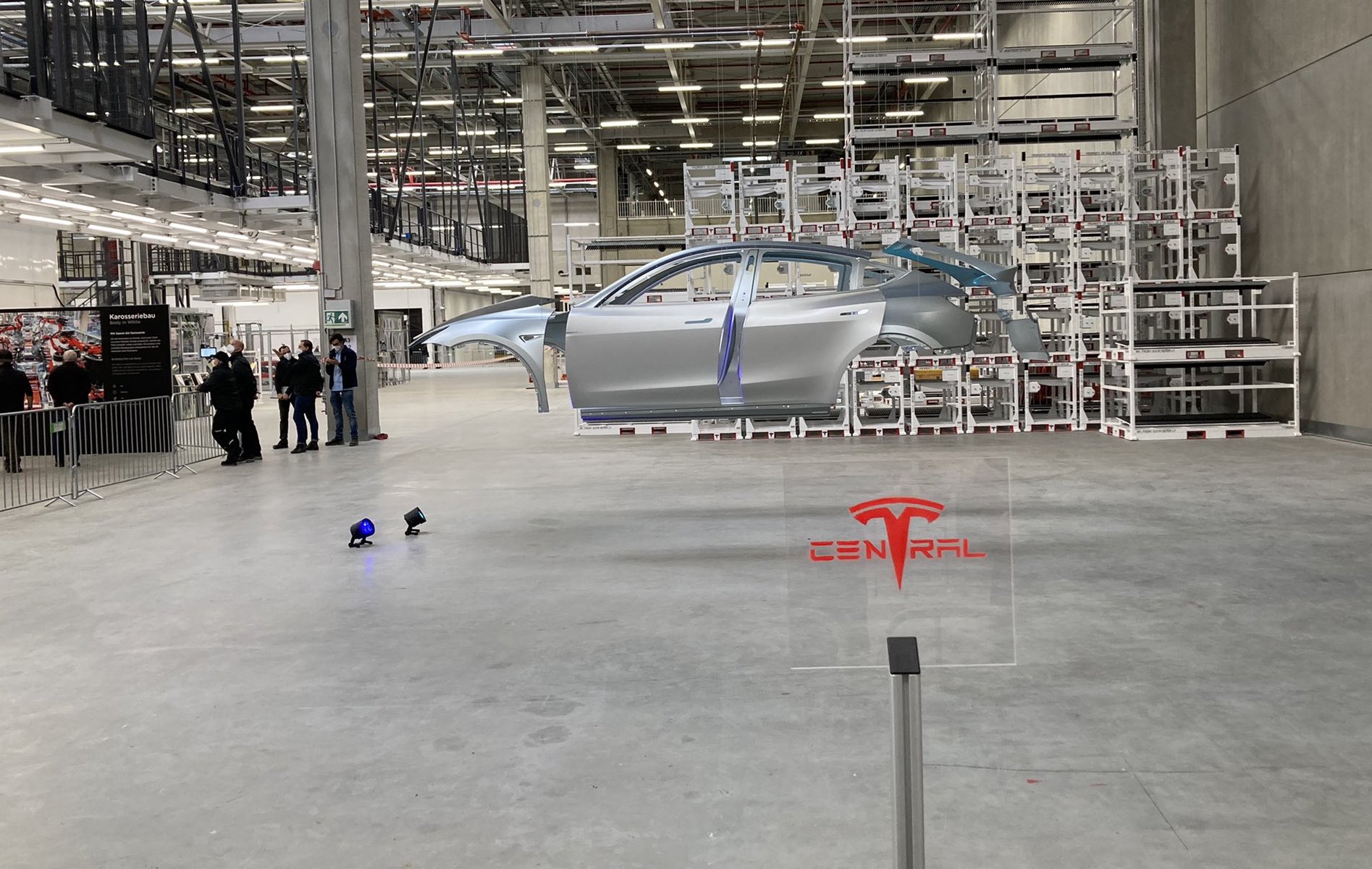 Tesla’s Giga Fest guests have entered the hallowed doors of Gigafactory Berlin, giving everyone a sneak peek inside. As photos inside Giga Berlin spread throughout the Tesla community, some people have already uncovered useful information about Tesla’s EV factory in Europe.

One picture shared by @DerCasper reveals that Tesla Giga Berlin aims to produce one Model Y body every 45 seconds.

“Our team is supported by an army of robots that weld, rivet, and glue the car parts together. With highly precise and fast movements, we produce 1 car body every 45 seconds,” noted a Giga Berlin display.

Before Giga Fest, Tesla’s Berlin factory was expected to reach a peak capacity of 500,000 a year. However, if Tesla’s initial goal is to produce one car body every 45 seconds, Giga Berlin may be looking to surpass 500,000 a year by just a little bit.

Tesla supporter @truth_tesla calculated that Giga Berlin could produce 700,000 cars a year at peak capacity if it produces one Model Y body every 45 seconds. Elon Musk responded to the calculations, sharing his own perspective on the numbers.

Once operational, Tesla aims to produce Model Y vehicles with structural 4680 battery packs at Giga Berlin. Tesla also displayed a sample version of its structural battery pack at Giga Fest. Giga Berlin is expected to have its own battery factory, similar to the 4680 pilot line on Kato Road near the Fremont Factory.

Tesla Giga Berlin is not yet operational. The State Office for the Environment has not approved Tesla’s formal application for Giga Berlin yet. Although it recently received another early approval, Tesla remains hopeful that Giga Berlin will be allowed to start operations soon. In the meantime, Giga Shanghai is exporting Model 3 and Model Y vehicles to meet the demand for Tesla’s cars in Europe.