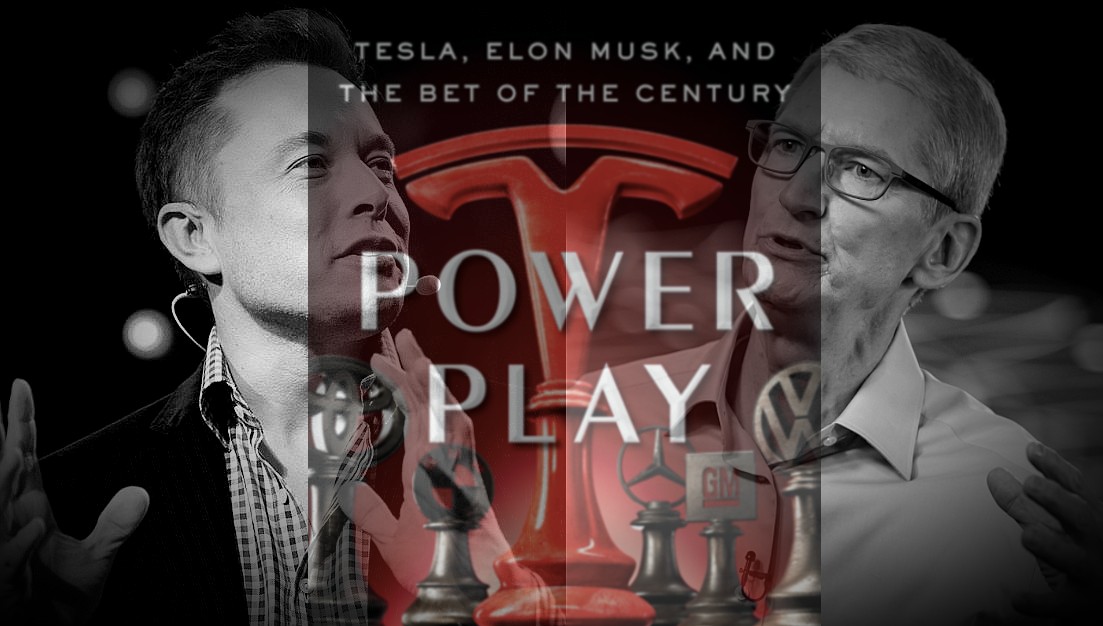 Award-winning journalist Tim Higgins‘ book, “Power Play: Tesla, Elon Musk, and the Bet of the Century,” is among the most recent explorations into the fascinating character of Elon Musk. But unlike other works such as the still-definitive biography from writer Ashley Vance, Higgins’ book chronicled Tesla’s story during the Model X and Model 3 ramp (among others), periods that Musk himself admitted were among the most challenging times of his professional life.

Filled with stories from numerous sources and spanning Tesla’s history from its early days to last year’s pandemic, Power Play painted a picture of how an incredibly determined Elon Musk practically willed Tesla into being, and how his ego and pettiness caused the company to pay the price more than once. This was a point that moderate Tesla critics would argue: Tesla is a success today not because of its CEO, but in spite of Elon Musk.

After all, as the book noted in its Prologue, Musk may be a very public figure, but there is still a question surrounding him. “Is Elon Musk an underdog, an antihero, a con man, or some combination of the three?” Higgins noted in the book.

A Strong Story with Strong Denials

A book written about Tesla’s most turbulent years is bound to have some controversial elements. And in Power Play, few excerpts would be as controversial as a supposed call between Tesla CEO Elon Musk and Apple CEO Tim Cook in 2016. At the time, Tesla was in dire financial straits as it attempted to produce the Model 3 and master the Model X’s production. According to the book, Tim Cook then had an idea: Perhaps it would be a good idea to buy Tesla. Musk reportedly proved interested, but on one condition: he stays on as CEO.

Cook thought the condition was reasonable. After all, when Apple bought Beats in 2014, it decided to keep the company’s original founders. Musk, however, supposedly clarified his request, stating that he’d have to be the CEO of Apple. Gobsmacked at the request, Cook reportedly gave Musk a solid “F*ck you” before hanging up the phone.

The anecdote was shocking enough, and it prompted quite a lot of coverage from the mainstream media, several of whom argued that the story was believable. This was despite the story being denied by both Musk and Cook. Last year, Musk remarked on Twitter that he did try to arrange a meeting with the Apple CEO during the Model 3’s most painful days, but Cook declined the meeting. Cook, on the other hand, clearly told The New York Times‘ Kara Swisher during an appearance at the Sway podcast that he’d never spoken to the Tesla CEO.

Power Play did mention that Cook denied the anecdote presented in the book, though it did not include Musk’s comments about him and the Apple CEO never speaking with each other. The book mentioned, however, that while the two executives claimed to have never spoken to each other, Musk and Cook have been photographed sitting close together at a meeting held by former US President Donald Trump in 2016.

In a Twitter post, Higgins stated that the tale of Musk and Cook’s phone conversation was a story told inside Tesla, and its details were related by individuals who heard it. That being said, it is still quite interesting to see that the anecdote made it to Power Play despite solid denials from both Cook and Musk. The book was published August 2021, after all, and Cook’s comments in the Sway podcast were published on April 2021. Musk’s statements about never meeting Cook, despite relating to a different time in Tesla’s history, were made even earlier in December 2020.

It should be noted that Power Play is, at its core, a nonfiction book that aims to provide a nonfictional account of some of Tesla’s most challenging times. This is why, at least to some degree, a story denied by both participants like the supposed Musk-Cook conversation seems far too risky. A nonfiction writing coach contacted by Teslarati noted that an author would typically be hard-pressed to find a more reliable source than the actual participants of an event.

That being said, the anecdote does help establish the character of Elon Musk in the book as someone egoistic enough that he would make an obviously unreasonable demand on Tim Cook at a time when Tesla desperately needed Apple’s help. There is no doubt that the image of Tim Cook, who is known for always being soft-spoken and well-mannered, giving Elon Musk a sharp “F*ck you” on the phone definitely makes for a compelling narrative.

Dr. John Cook, founder of Skeptical Science and a specialist on false news, noted in a statement to Teslarati that stories such as the two CEOs’ supposed conversation could easily become an inspiration for conspiracy theories, or at least confirm people’s preconceptions of individuals in power. The Skeptical Science founder noted that when people encounter new information that confirms their own preconceptions, there is simply a high likelihood that they would believe it, even if the anecdote’s turthfulness is contested.

“When you have powerful people involved in misinformation, that’s ground for conspiracy theories. So having people like Elon Musk and Tim Cook — inevitably, people get suspicious of people in positions of power, and that’s a very human and natural bias called intentionality bias. We tend to ascribe motives and intent behind what can even be random events. And that’s especially the case when you have powerful people,” Dr. Cook said.

The Burden of Truth

Nonfiction writers have a huge burden on their shoulders, as the stories they tell serve the purpose of relating a truthful recounting of real-life events. As such, it is pretty common practice for books in the genre not to include stories that don’t have corroborating evidence. Otherwise, a nonfiction author might end up countering the nonfiction values of truth and honesty.

Emma Frances Bloomfield, Assistant Professor of Communication Studies at the University of Nevada, Las Vegas, told Teslarati that the burden of proof ultimately rests on the author in cases like the Musk-Cook phone call. And if an author does decide to push through with a story denied by the people involved, then the anecdote would be best presented as a contested account so that readers could decide for themselves. Power Play did this to a point for Cook’s side with its note about the Apple CEO’s denial, but the book did not mention Musk’s comments on Twitter at all.

“If a story is presented as being truthful and accurate (such as in a nonfiction book), the storyteller has a burden of proof to verify the story or provide evidence of its truthfulness, which is hard to do when the people the story is about are denying it. If the author has some external reason to believe it still happened, then it could certainly be told, but with the caveat that the people in question dispute it.

“We don’t, of course, want to promote falsehoods and inaccuracies, so making it clear how much evidence there is for certain occurrences is crucial. Because this book is under ‘nonfiction’ as opposed to historical fiction, I would expect that there is a minimum truth quality to all of the work therein. In other words, the author must have a compelling reason to believe the conversation took place even though Musk and Cook dispute it,” she wrote.

There is some irony in the idea that by publishing the contested story of Musk and Cook’s supposed conversation, Higgins ended up playing with fire himself, much like the character depicting the Tesla CEO in Power Play. Pushing through with a contested narrative carries some risk, and not just in terms of social media clout. In a message to Teslarati, Jonathan Crafts, a partner at Fields & Dennis LLP, Wellesley, MA, stated that both the author and publisher of Power Play might be at risk of legal trouble, at least if either Musk or Cook seeks an injunction against them.

Intellectual Property Litigation Law partner Craig R. Smith of Lando & Anastasi, LLP, Boston, MA, added more insights to the potential risks involved when an author runs with a contested story. Smith noted in a message to Teslarati that overall, authors and publishers of nonfiction are at an increased risk of being sued for defamation due to the nature of their work. “In this situation, either Musk or Cook could allege that the statements made in the book are false and that the false statements harmed his reputation,” Smith said.

Every book has a narrative, regardless of whether it is fiction or nonfiction. Books such as Power Play are character-driven since it focuses on people’s struggles as they attempt what could very well be described as the impossible at the time. And central to the book’s narrative is the polarizing figure of Elon Musk, whose persona both online and offline could be the perfect bait for misinformation and conspiracy theories. And while tales with little truth are definitely questionable, Dr. Cook noted that it is easy to see why people tend to gravitate towards them.

“Conspiracy theories can be compelling because they’re simple stories with compelling characters. A conspiracy theory doesn’t even have to have a relation to the truth at all. But if it’s a simple story with villains, with nefarious intent — that grabs people’s imaginations — and simple stories like that are easier to process and understand than more complicated truths,” Dr. John Cook remarked.