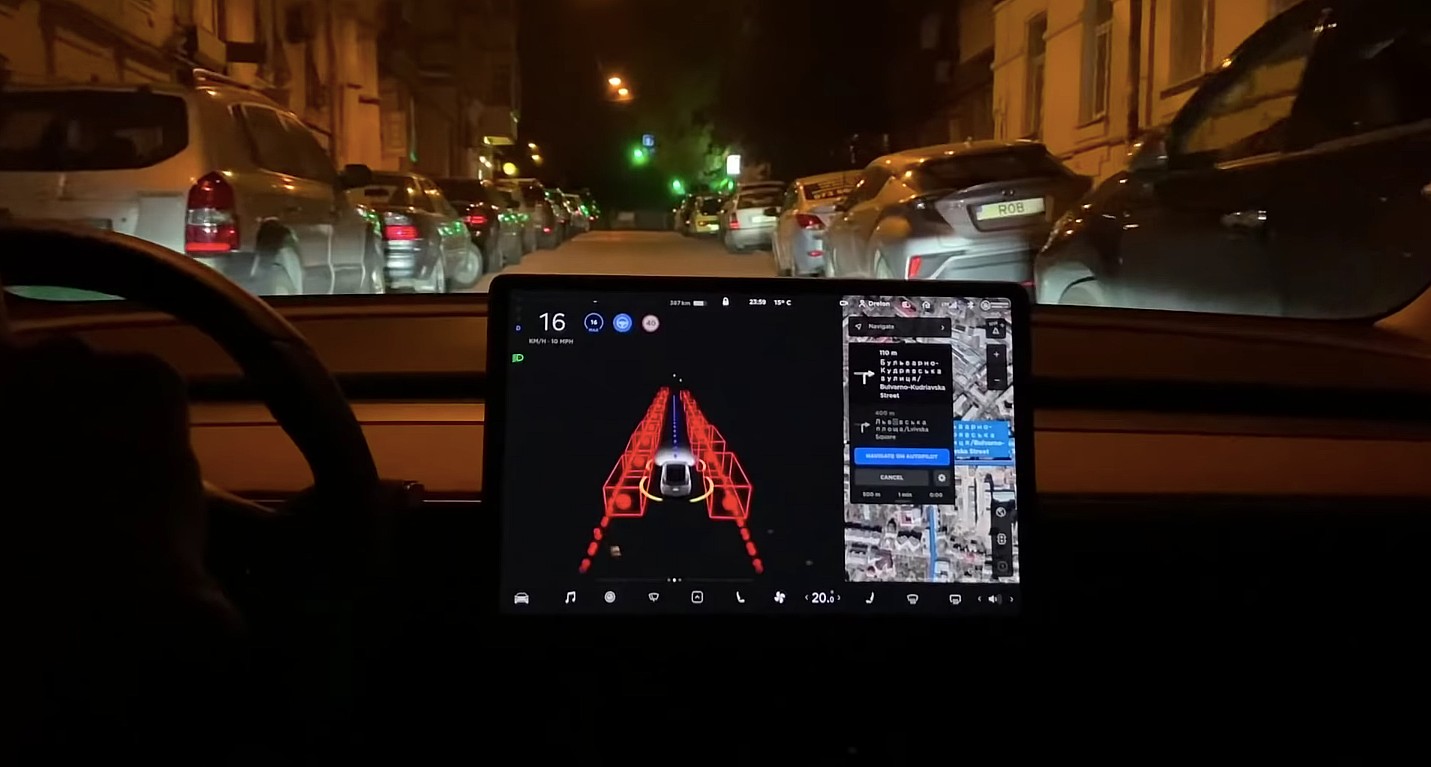 Tesla’s approach to full self-driving is different from that of autonomous “leaders” like Waymo and Cruise. Instead of relying on an army of sensors like LiDAR and high-definition maps, Tesla is practically betting its future on a vision + artificial intelligence approach. The idea is simple: if humans could effectively drive with their eyes and brain, then cars should also be able to navigate safely with a suite of cameras and a trained neural network.

This approach has caused a lot of controversy and criticism against Tesla and its FSD strategy. A yearly report from Guidehouse Insights, for example, consistently ranks Tesla dead last among companies currently working on autonomous driving technologies. Yet despite this skepticism, it is difficult to deny that Tesla’s FSD approach has some serious backing from the world’s most brilliant minds in computing and artificial intelligence.

That being said, if a recent video from Ukraine is any indication, it would appear that Tesla’s approach to autonomy may indeed be the right way to go. The video, which was posted on the Doctor Elon YouTube channel, featured what appeared to be a hacked version of FSD Beta 8.2 running in the center of Kyiv, Ukraine. The users of the vehicle were even able to access the “developer” version of the FSD Beta, which was used in the city’s rather busy streets.

While FSD Beta 8.2 was definitely not perfect when it ran on Kyiv’s roads, the advanced driver-assist system’s performance was not too bad at all. Despite obviously having no pre-mapped data of the city, FSD Beta 8.2 was able to navigate Kyiv’s roads using only its cameras, radar, and navigation maps. Had the testers used a more updated iteration of FSD Beta, such as the pure vision builds that were rolled out with V9, the advanced driver-assist system may have performed even better.

What the hacked FSD Beta drive in Kyiv shows, ultimately, is that Tesla’s approach to autonomy may have some merit. Granted, developing an autonomous driving system that uses only vision and artificial intelligence is a Herculean task, but if the company proves successful, then it could likely usher in the age of fully self-driving cars single-handedly. Even a fully-equipped Robotaxi from Waymo or Cruise, after all, would likely perform nowhere close to FSD Beta 8.2 if it were dropped into and tasked to navigate the streets of Ukraine.

Watch FSD Beta navigate through Kyiv’s roads in the video below.