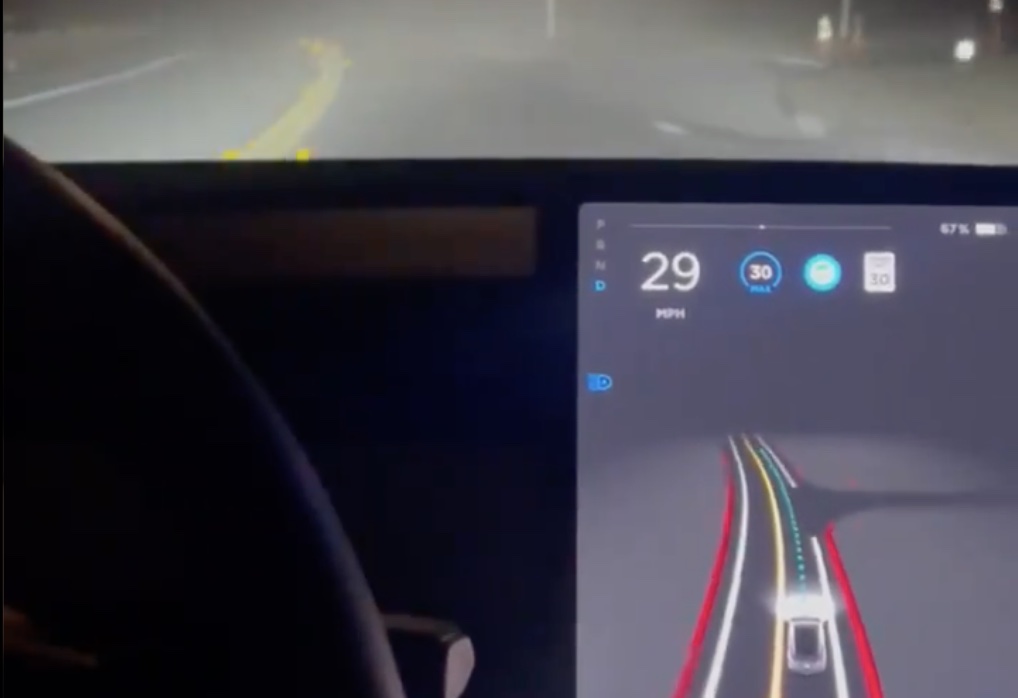 Tesla Full Self-Driving (FSD) Beta testers have been sharing footage and pictures of Version 9 since its release over the weekend. Recently, a member of Tesla’s FSD Beta program tested out the company’s Pure Vision system through a foggy road — and the results were impressive.

Tesla enthusiasts from @WholeMarsBlog took a Model 3 running FSD Beta V9 and shared a video of their experience. The graphics on the Tesla’s infotainment system reveal that the car is using Version 9 of FSD. The clip was short, but it showed the Model 3 moving confidently, if not cautiously through the foggy street.

In May, Elon Musk announced that Tesla would be rolling out a pure vision system for Autopilot, definitively moving away from its previous camera+radar model. This system was formally dubbed as Tesla Vision, as per a blog post from the company. The video, seen above, shows how Tesla Vision and FSD V9 work in tandem.

Overall, the vehicle in @WholeMarsBlog seemed to handle the foggy road well, at one point even detecting an oncoming car going the opposite direction. It also detected possible turns in the road. The car automatically turned the high beams off and on during the drive, adjusting to the road as it saw fit. Some people commented on the video that using high beams in the fog may not be the best decision, though some Tesla drivers have pointed out that the automatic high beam function could be turned off.

The Model 3’s driver made a few comments about FSD Beta V9 in the video. He commented that Version 9 seems to be “within shooting distance of Level 5” autonomy. Although, the driver did state that he wasn’t certain about Level 5 autonomy because FSD V9 might still have difficulties in certain situations.

Based on the NHTSA’s descriptions of autonomy, Tesla seems to be getting closer to achieving Level 4 autonomy with FSD Beta V9. With that in mind, Tesla still cautions drivers to pay attention to the road while driving. The company also makes it a point to remind drivers to take proper precautions.

In fact, Tesla introduced a new feature to its Cabin Camera with the FSD Beta V9 update. Now, all the Cabin Cameras in Tesla can determine whether a driver is paying attention to the road and provides audible alerts if the person behind the wheel is not attentive.