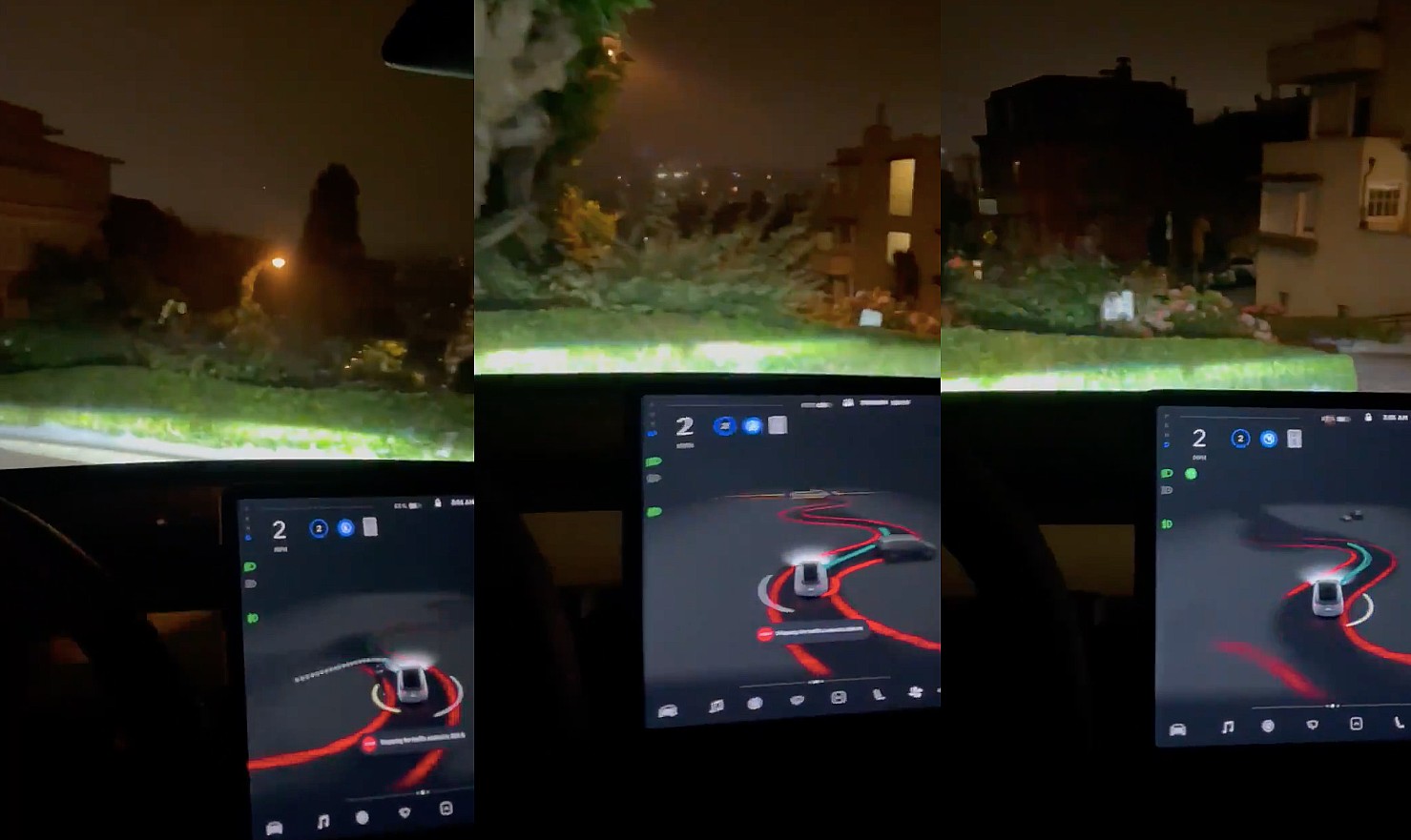 When Tesla initially rolled out the first iteration of its Full Self-Driving Beta to its primary batch of testers, the advanced driver-assist system was promptly put to several torture tests. Among these involved a drive through San Francisco’s famed Lombard Street, which holds the nickname “crookedest street in the world.” With eight sharp turns, Lombard Street is challenging for even human drivers.

And as the initial tests of FSD Beta’s first version showed, Lombard Street was a massive challenge for the advanced driver-assist system as well. Model 3 owner Tesla Raj, who conducted a test in the twisty street, ended up performing manual interventions to help FSD Beta navigate the twisty road. A later test conducted with updated software showed improvements, though the Model 3 still struggled in some of Lombard Street’s trickier sections.

With the release of FSD Beta V9 this weekend, it was only a matter of time before a member of Tesla’s FSD Beta program attempted another drive through Lombard Street. And sure enough, Tesla Model 3 owner @WholeMarsBlog shared a clip over the weekend showing how Tesla’s pure vision FSD Beta handles one of America’s most crooked streets. Based on a video of FSD Beta V9’s attempt, it appears that Tesla’s pure vision system could navigate the challenging street much smoother than its FSD Beta’s previous iterations.

This was noticeable in how FSD Beta V9 took its time to cautiously but (relatively) confidently navigate through the road’s twists and turns. Granted, FSD Beta V9 navigated Lombard Street at just 2 mph, but the limited speed actually helped the advanced driver-assist system navigate the road without difficulties.

Tesla’s FSD Beta V9 update uses the company’s new approach in its effort to achieve autonomous driving. Unlike previous iterations which utilized data from cameras and radar, FSD Beta V9 uses a pure vision system. The shift to a camera-only setup was a bold move from Tesla, and it resulted in some skepticism even among the company’s most ardent supporters. Considering the results of FSD Beta V9’s tests so far, however, it appears that Tesla Vision may really be the way to go.