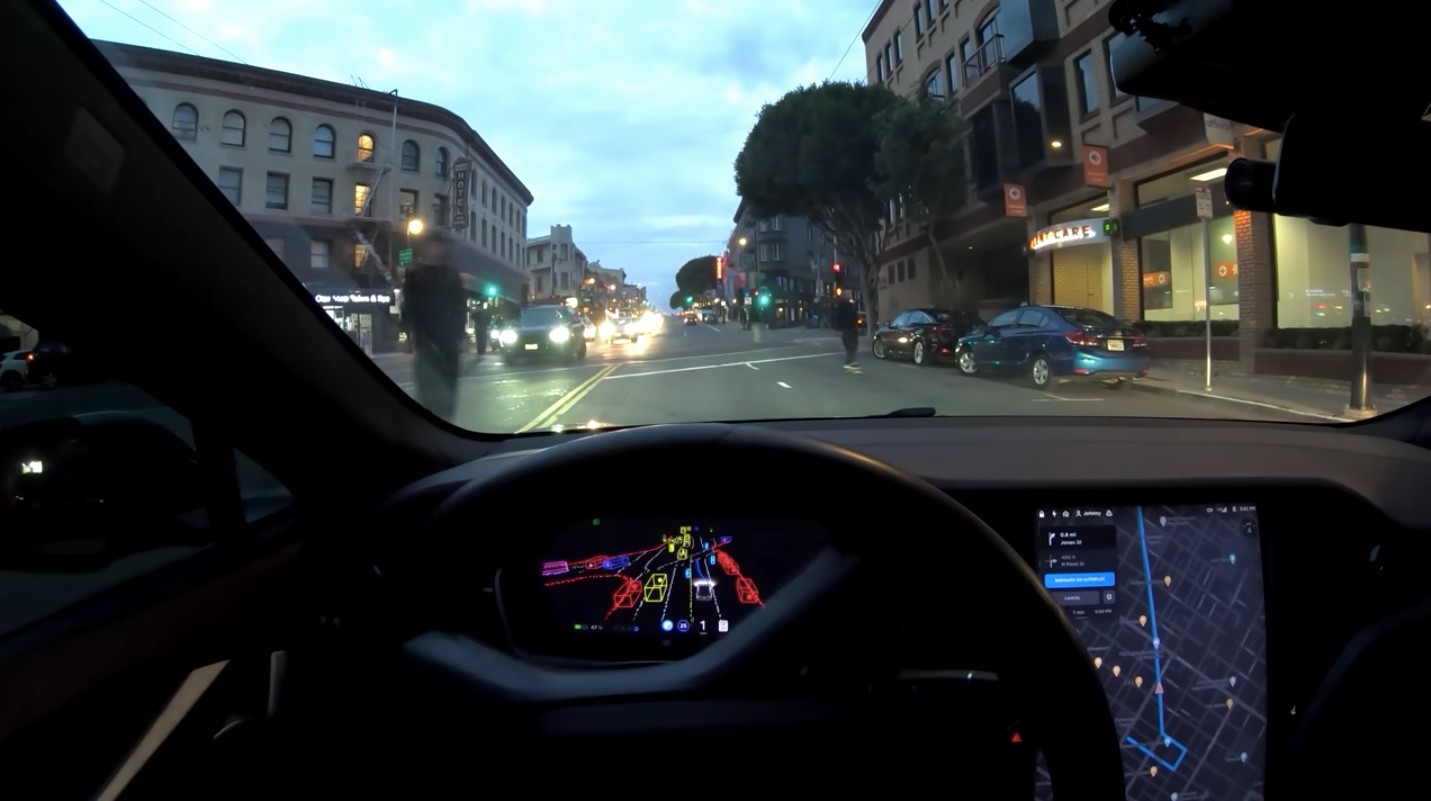 In his recent interview with automotive veteran Sandy Munro, Elon Musk remarked that Tesla’s Autopilot and Full Self-Driving suite must maintain safety no matter what, regardless of the behavior of other drivers or the condition of lane markings on the road. “Even if somebody tries to trick the car, they do not succeed in tricking the car,” Musk said.

That’s undoubtedly a tall order, though Musk definitely has a point. As noted by Munro, Autopilot’s challenges on freeways such as those he personally experienced during his road trip were largely due to improper lane markings on the road. In city streets, this becomes even more challenging considering that pedestrians and human drivers tend to be pretty reckless.

Tesla Model S owner and FSD Beta tester AI DRIVR recently posted an example of one such case. While testing out version 2020.48.35.7 in the inner streets of San Francisco, the Tesla owner encountered something incredibly dangerous and annoying to any driver. As the FSD Beta about to cross an intersection, a group of skateboarders decided to pass into the middle of the street, including the incoming lane. This happened while the Model S was moving forward because the traffic light was green.

This meant that if the FSD Beta was not cautious enough, one of the skateboarders could have been hit by the vehicle. Fortunately, Tesla’s advanced driver-assist system handled the scenario like a cautious champion, slowing down and even stopping for a bit to allow the careless skateboarders to pass. The FSD Beta only proceeded to cross the intersection after it was sure that there were no more obstructions.

Describing the experience in his YouTube channel, the FSD Beta tester stated that he was very impressed with how his Model S handled the skateboarders. The FSD Beta’s behavior, after all, is very similar to how a very careful driver would react in such a situation. Granted, other portions of AI DRIVR’s San Francisco test included some instances when manual interventions were needed, but there is no denying that the FSD Beta is improving very well, and at a rapid pace at that.