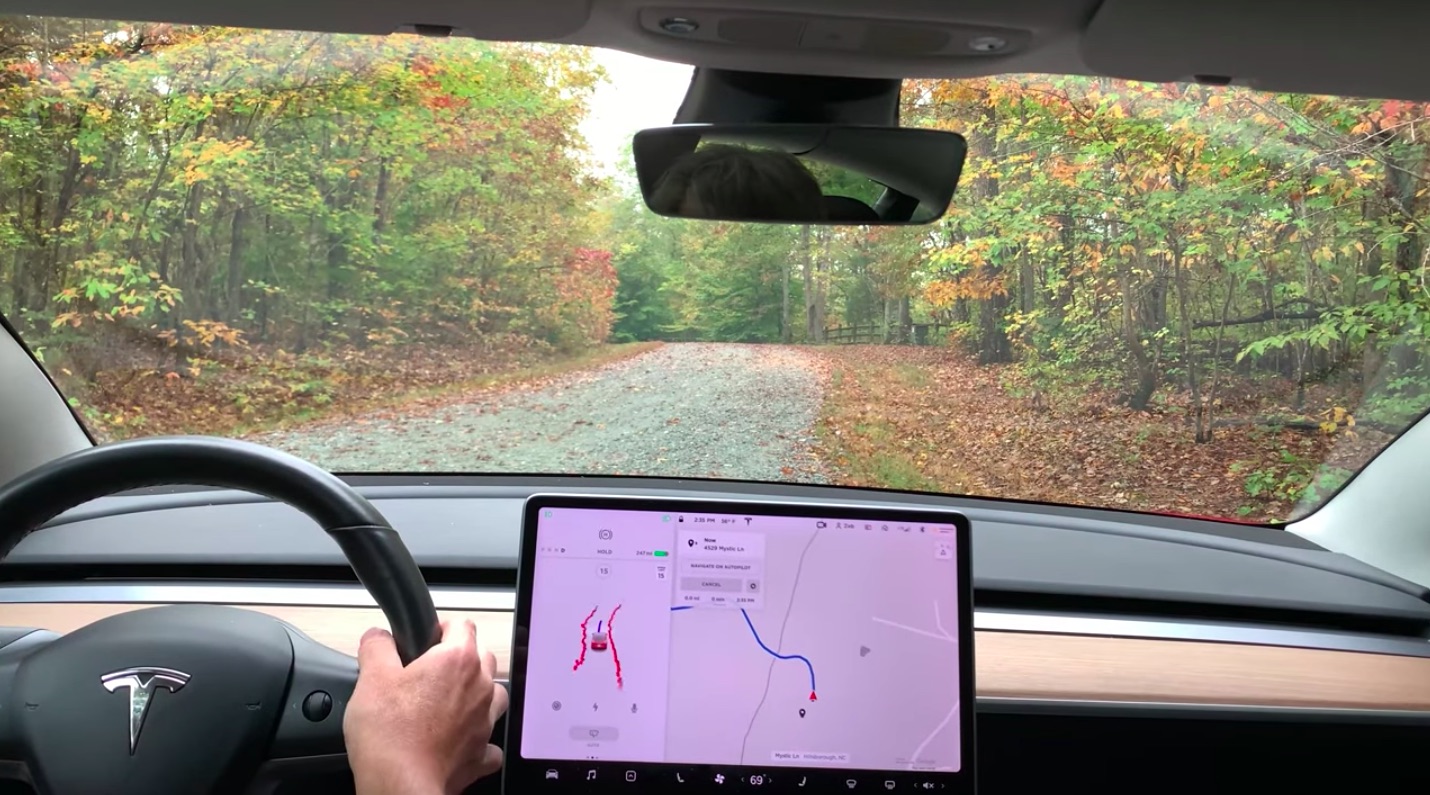 A recent test conducted by a Model 3 owner in North Carolina has provided a glimpse at the capabilities of Tesla’s limited Full Self-Driving beta when navigating a road that is unpaved and partially covered. Tesla’s FSD beta performed well in the test, navigating the unmarked path without any issues, almost similar to a human driver.

North Carolina Tesla Owner’s Club member Zeb Hallock, whose Model 3 is running FSD version 2020.40.8.11, took his electric car to a series of hilly backroads for the test. Hallock only shared about 10 minutes of his FSD drive, but it was evident that the Model 3 was able to find the optimal drivable space on the roads, despite the path being hilly, filled with gravel, and heavily covered with leaves in some areas.

The FSD beta’s performance in Hallock’s test bodes well for the upcoming capabilities of Tesla’s autonomous driving software, which is expected to be rolled out within the next few years. Elon Musk envisions FSD to be a system that would allow Teslas to navigate across cities on their own without human input, after all, and to do this, vehicles would have to learn how to navigate areas that are unpaved or only partially visible.

This was mentioned by several commenters on Hallock’s video, some of whom noted that it would be pertinent for FSD to navigate snow-covered roads during winter. Considering that the Model 3 was able to find an optimal drivable space in the Tesla owner’s test, however, there seems to be a good chance that FSD would be able to drive in snowy or rainy weather as well.

The capabilities of Tesla’s limited FSD beta were also showcased in a recent “torture test” conducted by EV enthusiast James Locke, who tested his vehicle’s capabilities in a private parking lot that includes various parking bays, speed bumps, sharp turns, and awkwardly-parked vehicles. Similar to Hallock’s Model 3, Locke’s Tesla was able to navigate the parking lot without any issues.

Tesla’s FSD beta is not perfect yet, as evidenced by real-world tests of the system in action. That being said, the performance of the Full Self-Driving suite is impressive nonetheless, especially if one considers the rapid improvements that will likely be rolled out within the coming weeks, months, and years. If the limited FSD beta can already navigate an unpaved, unmarked, partially covered road, after all, then it would be quite exciting to see just how competent the system would be within the next few years.