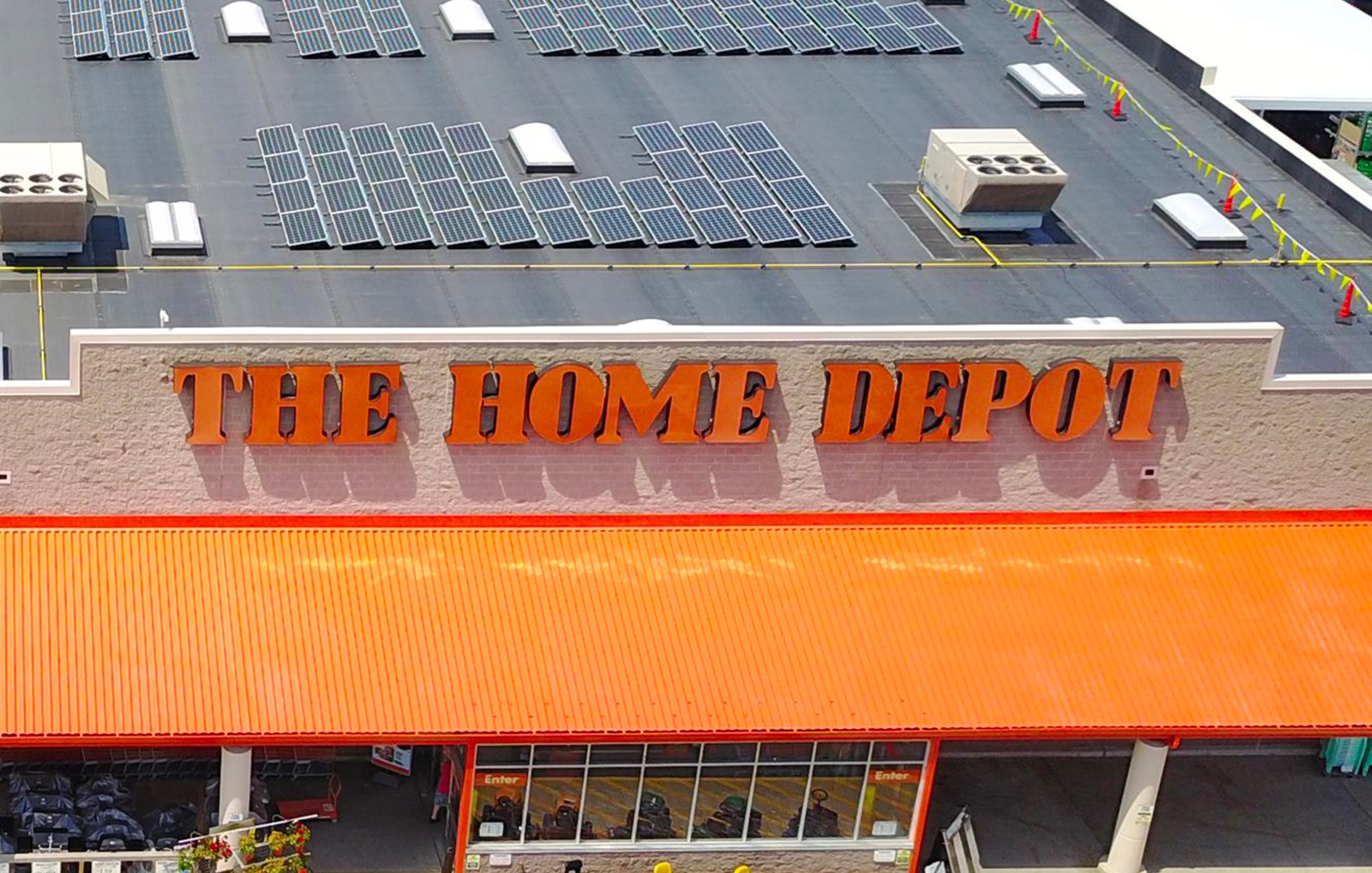 Home Depot announced that it is aligning with Tesla and GE to add solar installations at 50 stores as it pushes forward with its sustainable energy plans. The company said that the installations are “essentially creating mini solar farms out of unused rooftops.”

The initiative will reportedly reduce annual electricity grid demand by around 30 to 35 percent at each Home Depot store. The company wrote that this is “the equivalent of powering 2,300 average U.S. homes for a year.”

The average Home Depot roof is about 104,000 square feet and is slated to accommodate 1,000 panels.

22 stores in New York and California will be outfitted with the solar panels, six of which with Tesla Powerpacks so as to store and dispatch energy as needed. The remaining 28 stores will be powered by GE’s Current. Those stores will be located in New Jersey, Maryland and Washington, D.C.

“Our alternative energy projects are important elements of our sustainability and operations efforts as they reduce carbon emissions while also lowering our energy costs,” said David Hawkins, Home Depot’s vice president of labor and operations.

The company says that the solar additions to 50 selected stores will bring the company’s overall alternative energy footprint to more than 130 MW. Home Depot is aiming to utilize 135 MW of renewable energy by 2020, which will be in close range once the solar paneled stores come to fruition.

The company also announced the Los Mirasoles Wind Farm in Texas this January and in June added the Zopiloapan Wind Farm in central Mexico.

As for Tesla’s involvement, its Powerpack is the company’s commercial battery systems. Powerpack was recently in the news after Transgrid, an Australian transmission operator, announced it would utilize a 250 kilowatt, 500 kWh Powerpack installation in New South Wales. The goal of that Powerpack was stated to be an ensured management of fluctuating energy demand as well as a preventive strike against blackouts.

Home Depot says that the 50 stores will continue undergoing construction throughout the rest of 2017.