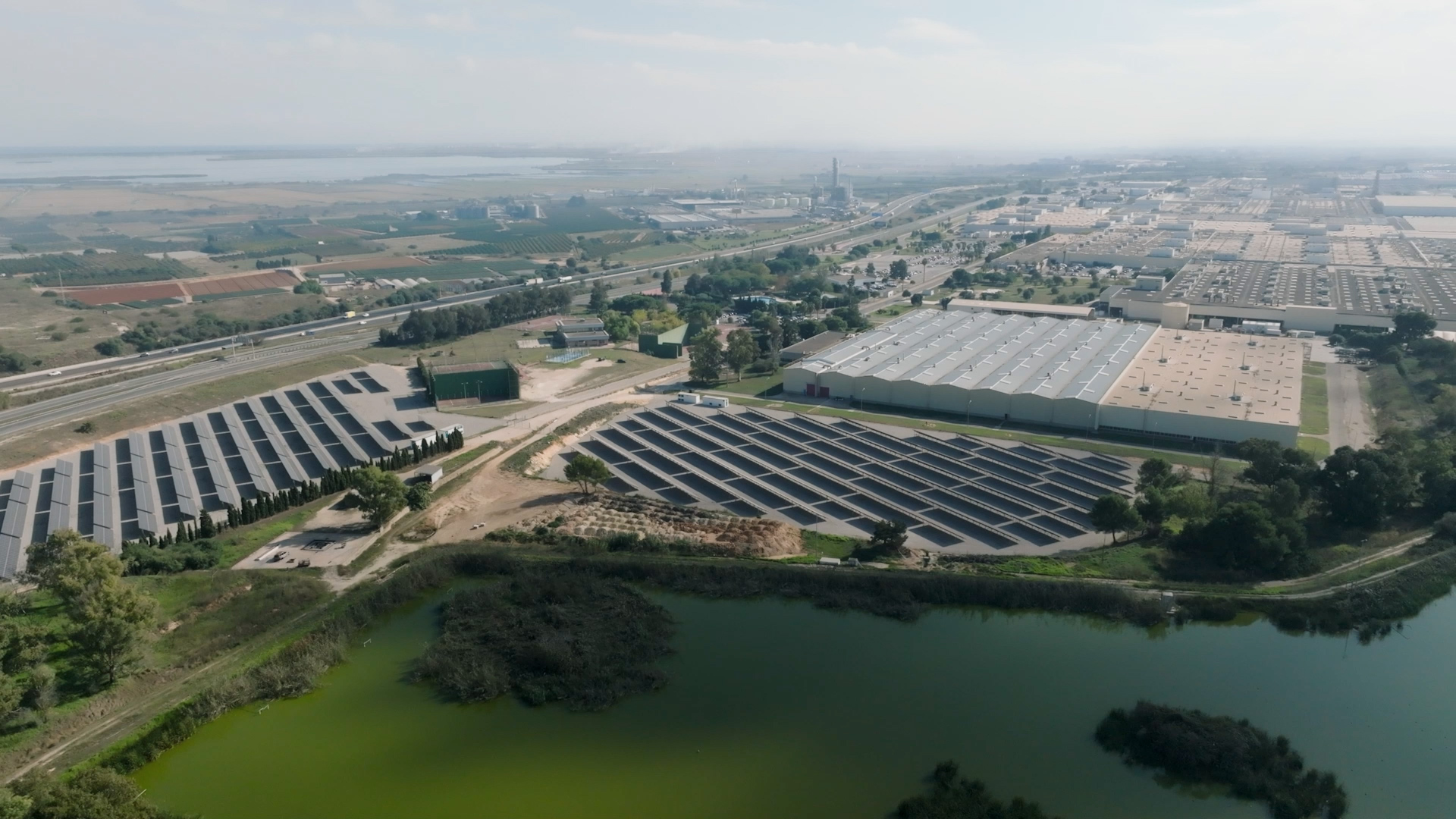 Ford is looking to the future with a new solar power plant at its Almussafes manufacturing facilities in Valencia, Spain. LICENSE EXPIRES: In perpetuity. LICENSE BY: Ford of Spain. LICENSE SCOPE: A - Earned editorial, press releases, press kits, B - All non-broadcast digital and online media, C - All non-broadcast digital and online media, plus Retail and POS (showrooms, events etc), D - All print media (newspaper, magazine etc). REGION: EU. COPYRIGHT AND IMAGE RIGHTS: This content is solely for editorial use and for providing individual users with information. Any storage in databases, or any distribution to third parties within the scope of commercial use, or for commercial use is permitted with written consent from Ford of Europe GmbH only.

Ford has announced a brand new solar power plant at its Valencia, Spain production location, following similar moves from the likes of Tesla and Mercedes.

According to the Ford press release, the new solar plant can produce 2.8MW of power, but that will increase by 2.2MW in the coming months, and by 2024, this site alone will produce 10MW of energy for the Spanish plant. Ford states that this new project will aid the company in achieving its aggressive 2035 carbon neutrality goal across its facilities, logistics, and suppliers.

While this new solar project is a new implementation of renewables for Ford, the company has already made massive leaps in renewable energy use. The press release states, “All electric energy purchased by Ford manufacturing plants now comes from renewable sources; [the Valencia] plant achieving the landmark since January 1, 2022.”

While this project is a meaningful creation of renewable energy, perhaps an automaker’s biggest investment in clean energy in Europe is coming from Mercedes. The German luxury brand announced last year that it would construct 100MW of wind power at one location in Northern Germany, with more wind power projects from the German automaker proposedly in the works. This power hopefully will amount to enough to power all of the automaker’s operations shortly.

It’s unclear the savings that are possible for manufacturers. Still, suppose projects like these become large enough to supply excess power to the grid. In that case, automakers will have the opportunity to profit from the energy they generate. And with such a clear financial benefit from the investment, there is no doubt that more projects from more manufacturers should be expected in the future.