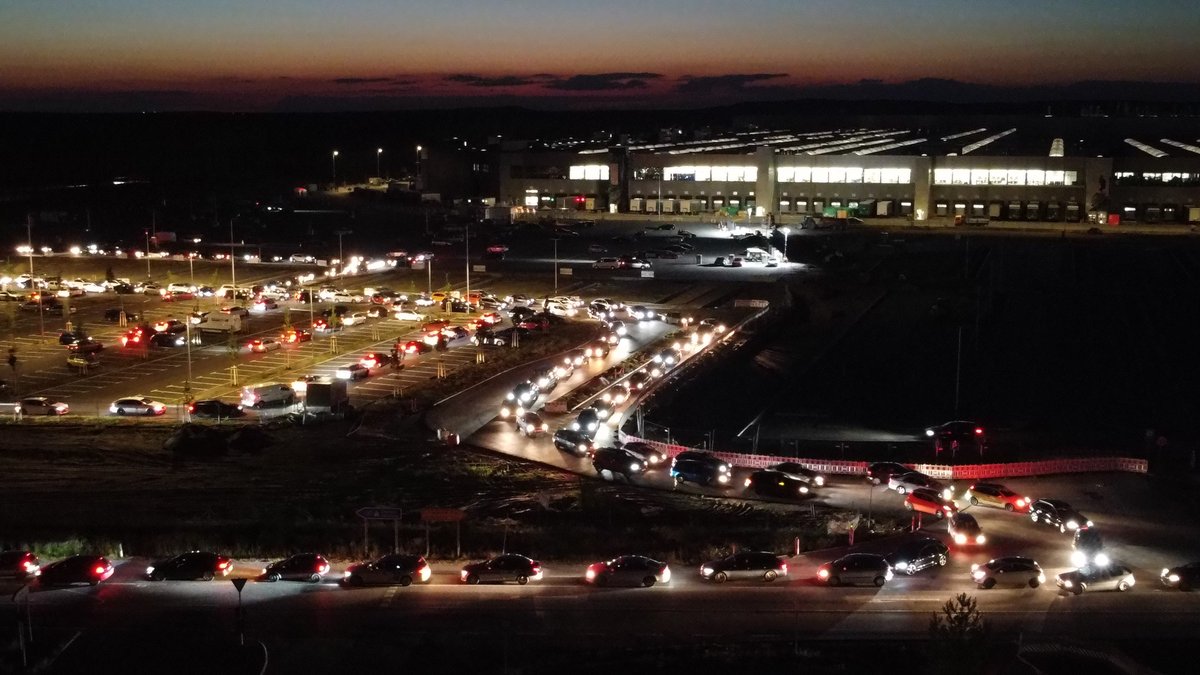 Tesla Giga Berlin has become the largest industrial employer in Germany’s capital region. This is quite impressive, especially as Giga Berlin only started vehicle production at the end of March.

The feat was achieved just as Tesla is poised to increase the salary of Giga Berlin’s production workers by 6% starting August. This is a notable increase in pay, and it would likely encourage even more job seekers to seek employment at Gigafactory Berlin. The salary increase, however, does not apply to the company’s executives.

German news media outlet Tagesspiegel noted that it had confirmed Tesla’s 6% salary increase for Giga Berlin’s production workers on Thursday. At the same time, the publication also secured a comment from Brandenburg’s Labor Minister Jörg Steinbach (SPD). Steinbach noted that when a company raises its pay, it is generally welcomed.

“Good work, and that includes attractive remuneration in particular, is the key factor in securing skilled workers. This applies to Tesla as well as to all other companies in the country,” Steinbach said.

But while Tesla is increasing its production workers’ pay and despite the fact that Giga Berlin is now the largest industrial employer in the capital region, IG Metall, one of the country’s largest workers’ unions, believes that the electric car maker’s efforts are not enough. Markus Sievers, a spokesman for IG Metall Berlin Brandenburg Saxony, described the union’s stance on the matter.

“Tesla employees have to judge for themselves whether a pay increase of six percent is enough for them in view of the high inflation and their enormous performance at the start of production. One thing is certain: Even with this increase, Tesla remains well below the level of the collective wage agreement in the metal and electrical industry,” Sievers said.

Similar to Gigafactory Shanghai, Tesla Giga Berlin is expected to undergo upgrades this month. As per previous reports, upgrades to Giga Berlin should start on July 11 and end on July 22. With the upgrades in place, Giga Berlin could take a step closer towards its target of producing about 500,000 vehicles per year.