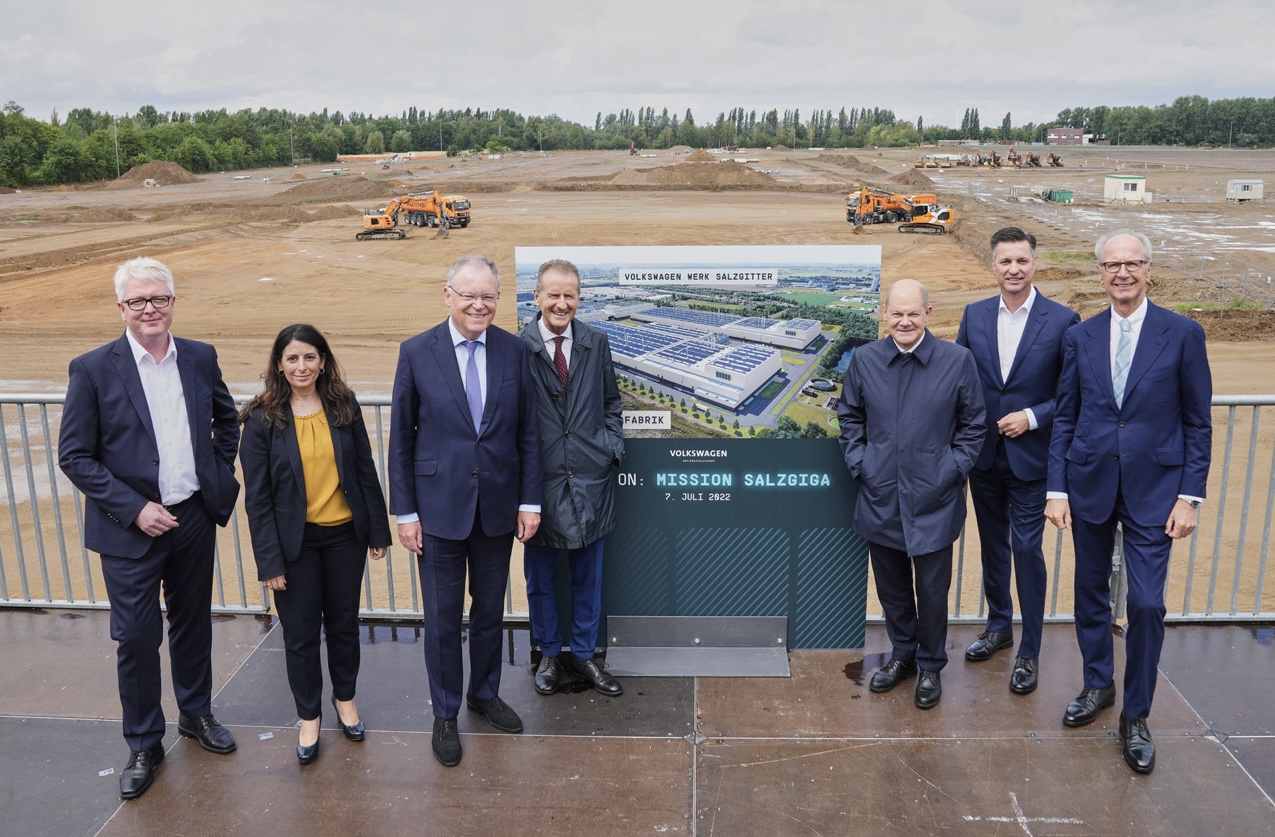 Volkswagen announced on Thursday that it would invest more than 20 billion euros ($20.38 billion) alongside its partners in a battery cell business, creating 20,000 jobs and reaching annual revenues exceeding 20 billion euros by 2030.

At the groundbreaking ceremony for its first European battery cell facility, the automaker announced that the PowerCo unit would oversee all of VW’s global battery manufacturing, research, and projects. These include energy storage systems, mining raw materials, and recycling.

Volkswagen is persistently pursuing its e-mobility plan, and in the presence of German Chancellor Olaf Scholz, the group held a groundbreaking event for its first cell facility in Salzgitter. In 2025, production is expected to begin.

“Today is a good day for the automotive industry in Germany,” Chancellor Olaf Scholz said in his speech at the ceremony.

Volkswagen unveiled a proposal to create facilities with a combined capacity of 240 gigawatt-hours (GWh) by 2030 after repeatedly stating that producing enough batteries to power all automobiles is the most significant difficulty in the transition to electric vehicles.

Herbert Diess, CEO of Volkswagen AG, said: “Today we are not only laying a foundation stone but also marking a strategic milestone. The battery cell business is one of the cornerstones of our NEW AUTO strategy, which will make Volkswagen a leading provider of the sustainable, software-driven mobility of tomorrow. Establishing our own cell factory is a megaproject in technical and economic terms. It shows that we are bringing the leading-edge technology of the future to Germany!”

Six of these plants are located in Europe, with Salzgitter serving as the “blueprint” for all future standardized production sites for VW. The other two are located in North America.

PowerCo Chief Executive Frank Blome said, “What we have proven a million times over with Volkswagen vehicle platforms: standardizing and scaling up allows for speed and cost optimization with the highest quality.”

Volkswagen also unveiled its standardized battery cell at the ceremony, which it had previously said would be used in up to 80% of the group’s electric cars.