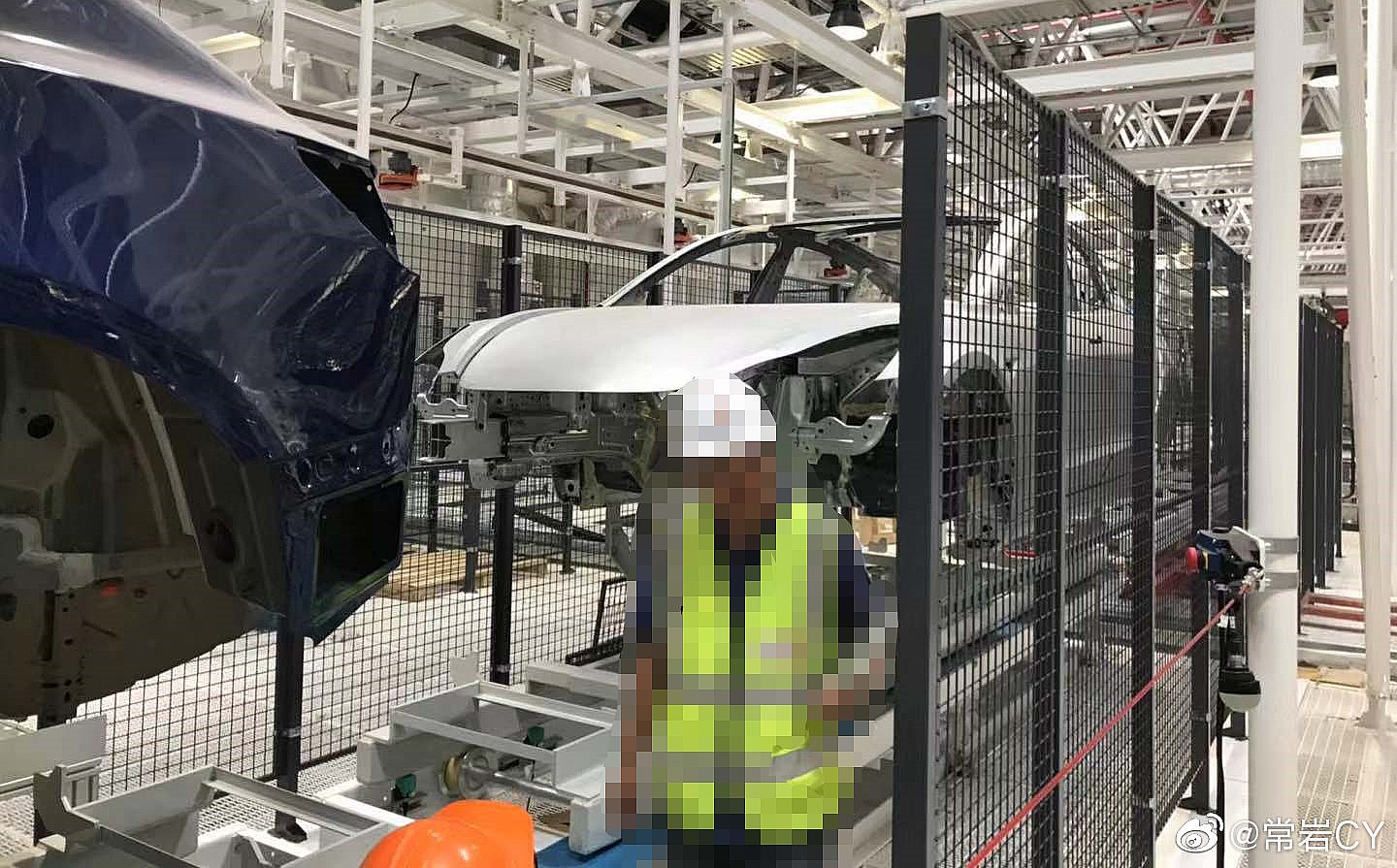 It appears that Tesla has started conducting trial assembly runs of its Model 3 sedan in Gigafactory 3. The recent update comes through a leak posted in Chinese social media platform Weibo, which depicted a partially-built white and blue Model 3 passing through a section of the Shanghai-based facility’s assembly lines.

The recently leaked image was shared by Weibo user 常岩, a prolific blogger and the chief auto editor of Tencent Auto, who wrote in his post’s description that “The Model 3 of the Tesla Shanghai plant has started to go up the assembly line.” It should be noted that this recent update marks the first time images of painted Model 3 units were seen within Gigafactory 3.

The implications of the recent leak are encouraging for Tesla, whose goal of starting Model 3 production this year is starting to become more and more realistic. The recent leaks from Gigafactory 3 suggest that the facility’s lines are coming together, after all, and there will likely be very little that could get in the way of the Model 3 being produced in mass quantities at the site in the near future.

Amidst the recent leak, reports from the EV community in China are suggesting that the first batch of Made-in-China Model 3 will start deliveries sometime in November. This is perfectly in line with the company’s estimates when it opened pre-orders for the Made-in-China Model 3 at the end of May, which suggested that first deliveries of the all-electric sedan will begin 6 to 10 months later. November marks the 6th month since pre-orders for locally-made Model 3 were opened in the country.

Perhaps more interestingly, reservation holders of the Made-in-China Model 3 have begun seeing tutorials for their ordered vehicles in their Tesla mobile app. The reasons behind this remain unannounced for now, but it is difficult to imagine Tesla rolling out tutorials to its Made-in-China Model 3 customers if the vehicle was still far from entering initial production.

Rather amusingly, these recent leaks and reports emerged from China just days after US-based firm JL Warren Capital estimated that Gigafactory 3’s Model 3 ramp will be slow, with the complex only hitting a production rate of 1,000-2,000 vehicles per week by the middle of 2020, around nine months from now. Considering that the majority of Gigafactory 3’s entire Phase 1 construction only took over eight months from muddy field to a complete factory, and considering that trial assembly runs for the Model 3 are already being conducted, the Wall Street firm’s estimate might very well prove wildly incorrect.

With activities in Gigafactory 3 continuing 24/7, and with the preparations for Phase 2 construction already underway, Tesla might hit a Model 3 production rate of 1,000 to 2,000 vehicles per week sooner than expected.