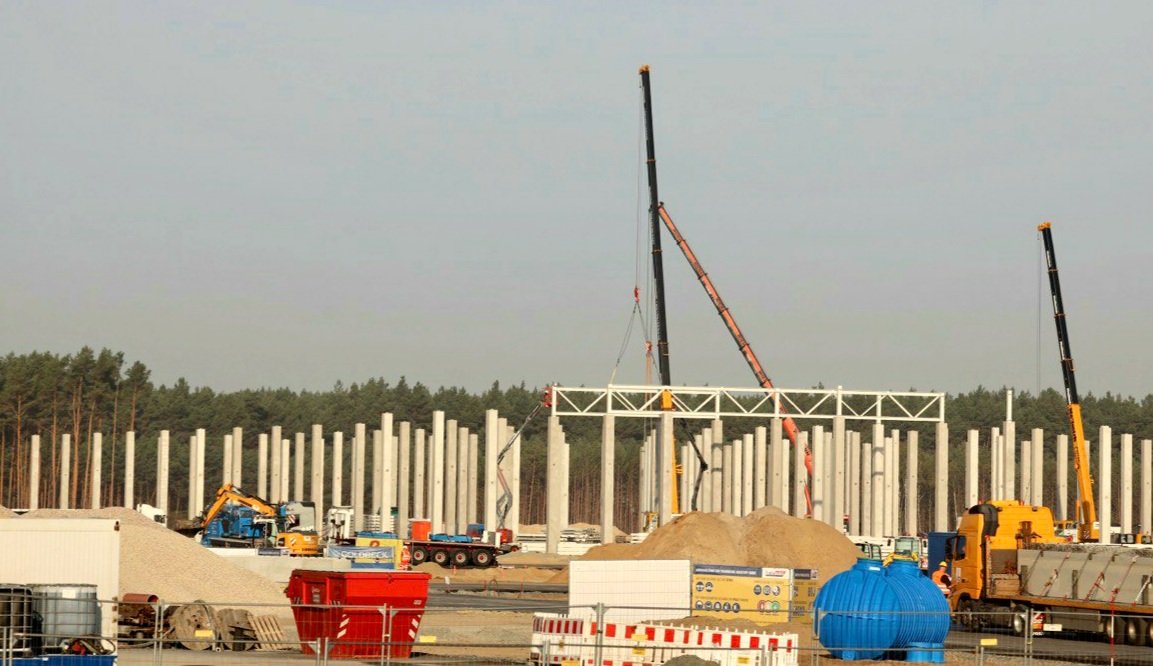 It appears that Tesla’s pace in the construction of Gigafactory Berlin is not slowing down anytime soon. Recent images of the site have revealed that the construction of the Phase 1 area’s General Assembly building is now picking up pace, with steel roofing now being placed on the reinforced concrete pillars of the structure.

Images of the site’s recent developments were taken by Tesla enthusiast Thomas Petersohn. Plans for Gigafactory Berlin’s Phase 1 zone show that the General Assembly building would be one of the largest areas of the Model Y factory. The structure will also be linked to other key facilities like the Body-in-White building and the Paint Shop, both of which are also under construction.

Other images of the site have shown that the Body-in-White building has started getting its steel roofing as well. Once these are done, expectations are high that the structure’s shell will be completed at the same pace as the Drive Unit building, which was constructed extremely quickly. Today, the Drive Unit facility is already being finished, with photos of the site showing that panels are now being laid on the facility’s exterior.

The rapid pace of Gigafactory Berlin’s construction is turning the project into a marvel of engineering. Part of this is due to Tesla and its construction partners’ decision to employ prefabricated reinforced concrete elements. Thanks to this, the site’s structures could be built in an almost Lego-like manner — quick, efficient, and precise. In a way, these prefabricated techniques have allowed the Germany-based factory to be built at a pace that rivals Gigafactory Shanghai, which is being built in lightning-fast speed with China’s quick, surgically-precise construction.

Gigafactory Berlin is poised to be one of Tesla’s most impressive vehicle production facilities, with CEO Elon Musk stating during an interview that the factory will be the site of a massive redesign of the Model Y. Musk also spoke about possible battery cell production activities on the site. Filings have revealed that Giga Berlin will be equipped with eight “Giga Press” machines, which are used for the Model Y’s single-piece rear underbody, as well. With such machines in place, it appears that Tesla is looking to apply its single-piece cast approach to vehicles beyond the Model Y.

Gigafactory Berlin is expected to start producing the Model Y sometime next year. This aggressive timeframe, Musk explained, is due to the urgency of Tesla’s mission. “I believe in speed. And I think also, well, to be serious for a second, I think it’s very important for our climate that we move quickly. It matters. I think it’s very important that we accelerate the transition to sustainable energy and that we move as quickly as possible. So this is the reason for the sense of urgency,” Musk said.