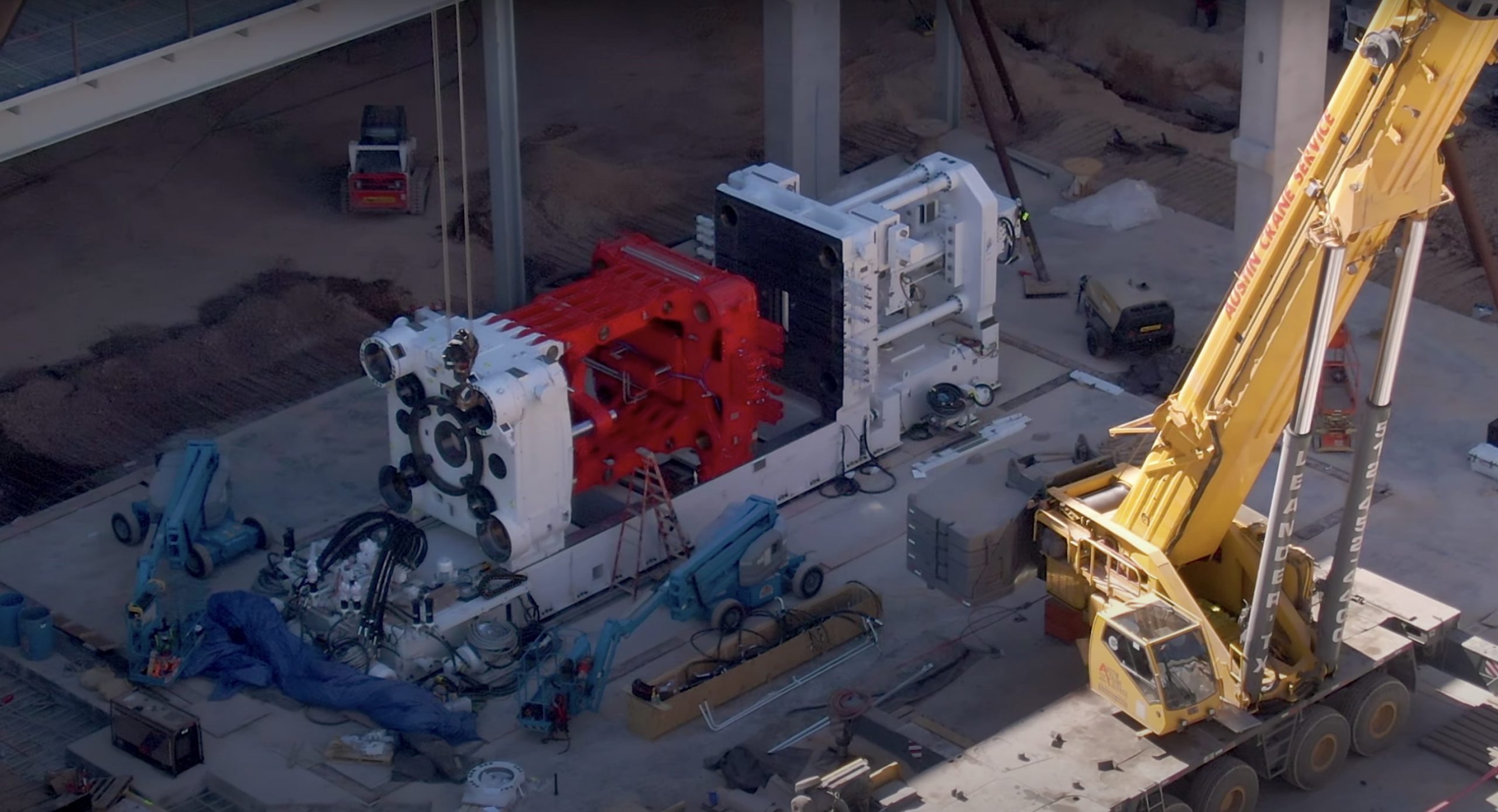 The installation of Tesla Gigafactory Texas’ first Giga Press has made significant progress. Parts of the mammoth Giga Press IDRA Group made for Tesla’s Model Y single-piece castings were spotted in the Giga Texas complex the week before the company’s earnings call, and this weekend, one of the machines has already taken form.

The Model Y Giga Press is the first that will be installed at Giga Texas and is a good sign of progress for the all-electric crossover’s production in Tesla’s Austin factory. The exact number of Giga Presses Gigafactory Texas will have is unknown so far.

There will be eight Model Y Giga Press machines installed at Tesla’s Gigafactory in Germany, based on documents filed about the project. Tesla Fremont Factory has two Giga Press machines from IDRA placed on the complex’s grounds, which hints at the sheer size of this machinery.

“We started and we’re able to ramp to volume production at the single-piece castings for Model Y. For the first time in history, the entire rear third-skeleton of the car is being cast as a single piece in the largest and most advanced casting machine ever made,” said Elon Musk in the Q4 FY 2020 earnings call.

Tesla’s Model Y single-piece casting ramp may gain more momentum in the future. The Model Y doesn’t seem to be the only vehicle with a single-piece underbody. Tesla plans to order an even bigger casting press for the Cybertruck’s rear underbody casting, for example, and there are indications that the new Tesla Model S Plaid and Plaid+ may feature “megacasted” underbodies as well.