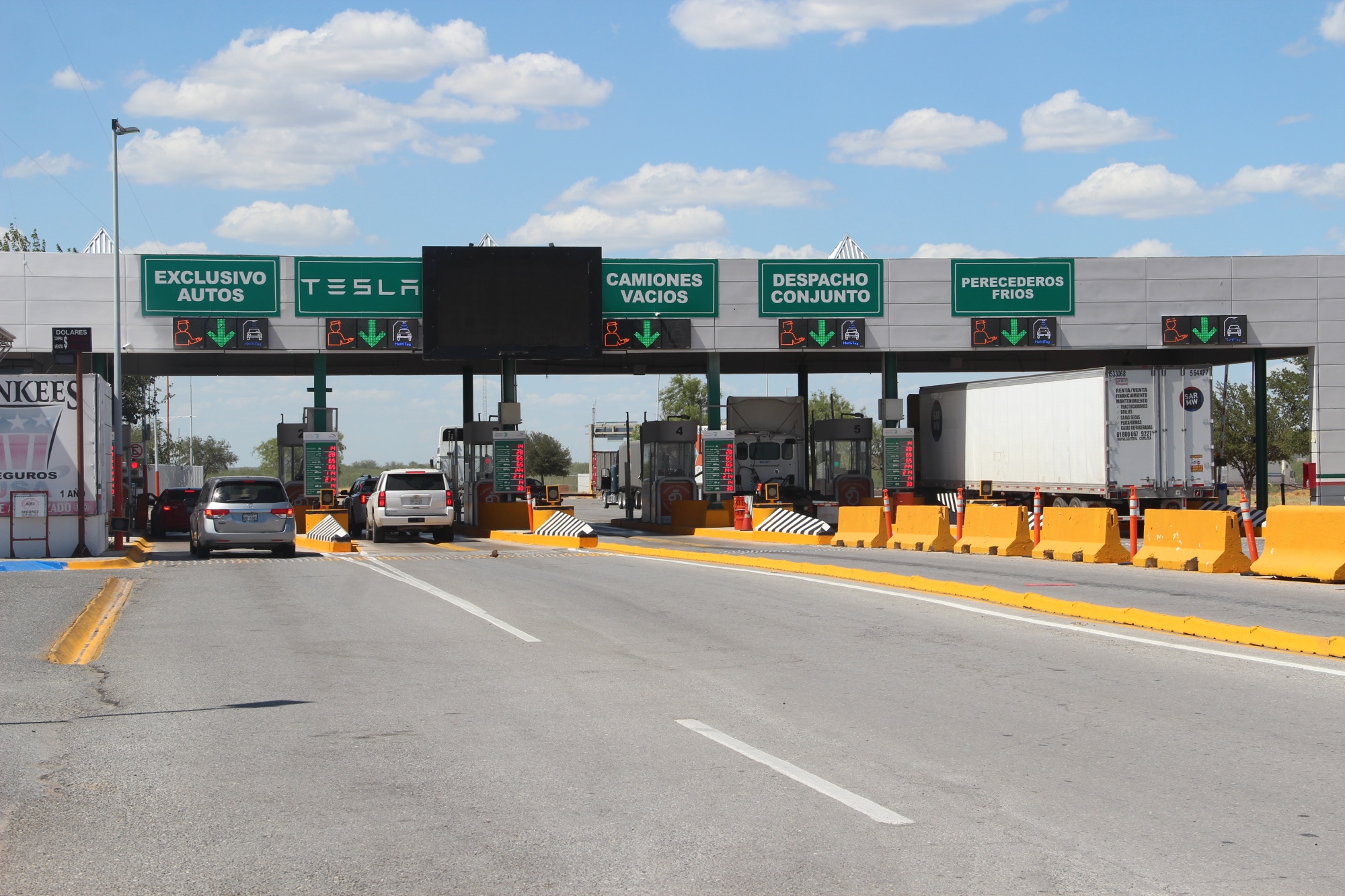 Tesla has an exclusive lane for quick stops at the U.S.-Mexico border crossing

Credit: Corporation for the Development of the Border Zone of Nuevo León (CODEFRONT) via Bloomberg

Tesla now has an exclusive lane at the U.S.-Mexico border crossing near Laredo, Texas, to expedite supply chain and logistics routes for suppliers to get parts and materials to the EV maker quickly.

Tesla, less than a year from its transition from a California-based company to a Texas-based company, has struck deals with six suppliers located in Mexico. The constant logistics routes that move EV parts and materials to the company’s new manufacturing facility located just outside of Austin incentivized the need for a Tesla-dedicated lane to make things move quickly and efficiently.

The Colombia Solidarity checkpoint has six lanes, with the second from the left showing an all-too-familiar “Tesla” logo, spelled out for drivers to see clearly in the distance.

“It was a simple incentive,” Ivan Rivas, the Economy Minister of Nuevo León, said to Bloomberg, who first reported the story. “What we want is a crossing that’s much more expedited and efficient. And maybe there will be a lane for other companies in the future like there is for Tesla.” Nuevo León borders the United States for 10 miles and is home to at least six Tesla suppliers. Tesla did not have a supplier in the state before 2021, but the growth has Rivas interested in the potential market of the State’s suppliers for more EV makers. He said he expects between 5 and 7 percent of the investment in the State to come from the EV sector.

“Nuevo Leon is turning into an electro-mobility hub,” he added.

Tesla has suppliers far and wide, but there are certainly advantages to having some closer to home and with exclusive routes and lanes. Supply chain issues have kept many companies at bay over the past few years, with products stuck on ships in Ports or there simply not being enough materials to build the goods in the first place. Tesla has a huge advantage with this dedicated lane, which could expedite logistics runs.

Tesla could add another supplier based in Mexico to its list, as reports indicate CATL, a battery maker, is considering two plant locations in the country.

Tesla has an exclusive lane for quick stops at the U.S.-Mexico border crossing