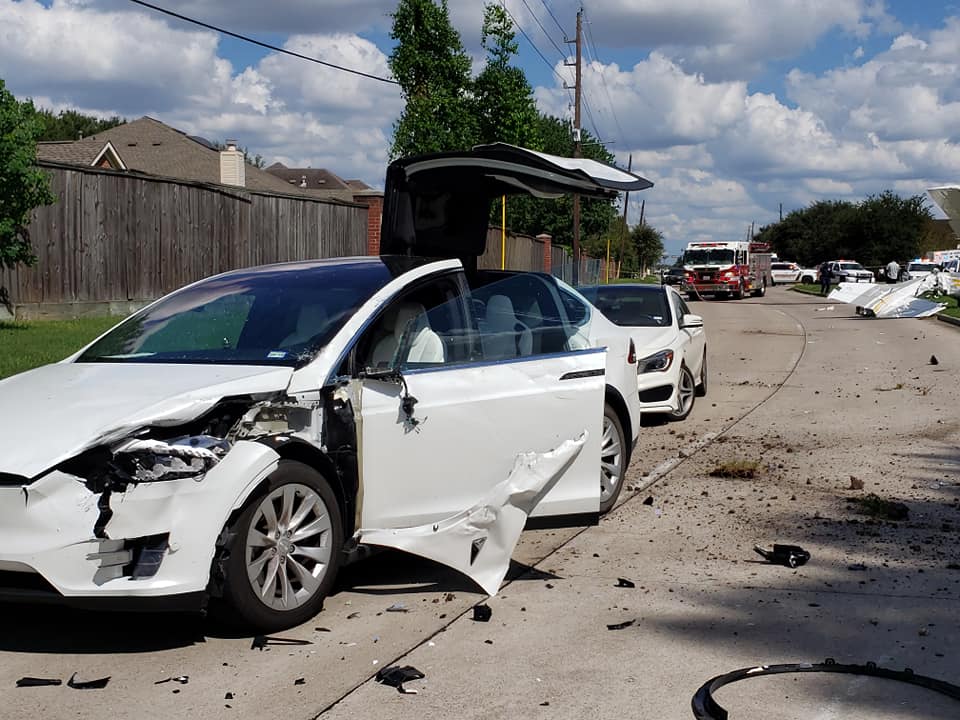 A Tesla Model X protects its passengers after getting hit by a crashing airplane. [Credit: Oniel Kurup/Facebook]

Tesla has formally introduced its in-house insurance service for its vehicles, an initiative that Elon Musk initially announced in the company’s first-quarter earnings call. As noted by the company in a blog post, the service is being launched in California for now, though an expansion to other US states is coming in the future.

The electric car maker noted that with its in-house insurance service, owners of Model S, Model X, and Model 3 will be able to take advantage of notably lower rates. Tesla notes that owners could expect up to 20% lower rates with Tesla Insurance. In some cases, the company noted that its in-house service could go up to 30% lower than competitors.

A key advantage that Tesla holds in its insurance service lies in the fact that the company knows its vehicles inside out, which means that the company could “leverage the advanced technology, safety, and serviceability of (its) cars to provide insurance at a lower cost.” Tesla Insurance’s pricing also takes the company’s generous suite of safety features into account in its pricing.

Tesla Insurance currently offers a monthly payment plan, with owners being able to cancel or change their vehicles’ policy at any time. Interested Model 3, Model S, and Model X owners could sign up for the service here. Those with new vehicle orders could request a quote before they take delivery of their vehicle as well, provided that a VIN has been assigned to a Tesla Account.

Following is Tesla’s blog post about the launch of its in-house insurance service.

Starting today, we’re launching Tesla Insurance, a competitively priced insurance offering designed to provide Tesla owners with up to 20% lower rates, and in some cases as much as 30%. Tesla Insurance offers comprehensive coverage and claims management to support our customers in California, and it will expand to additional U.S. states in the future.

Because Tesla knows its vehicles best, Tesla Insurance is able to leverage the advanced technology, safety, and serviceability of our cars to provide insurance at a lower cost. This pricing reflects the benefits of Tesla’s active safety and advanced driver assistance features that come standard on all new Tesla vehicles.

Tesla owners in California can purchase a policy in as little as one minute via tesla.com/insurance. For new vehicle orders, customers can request a quote prior to delivery once a VIN has been assigned to their Tesla Account.

Tesla Insurance offers a convenient monthly payment with no hidden fees or charges. Customers may cancel or change their Tesla Insurance policy at any time.