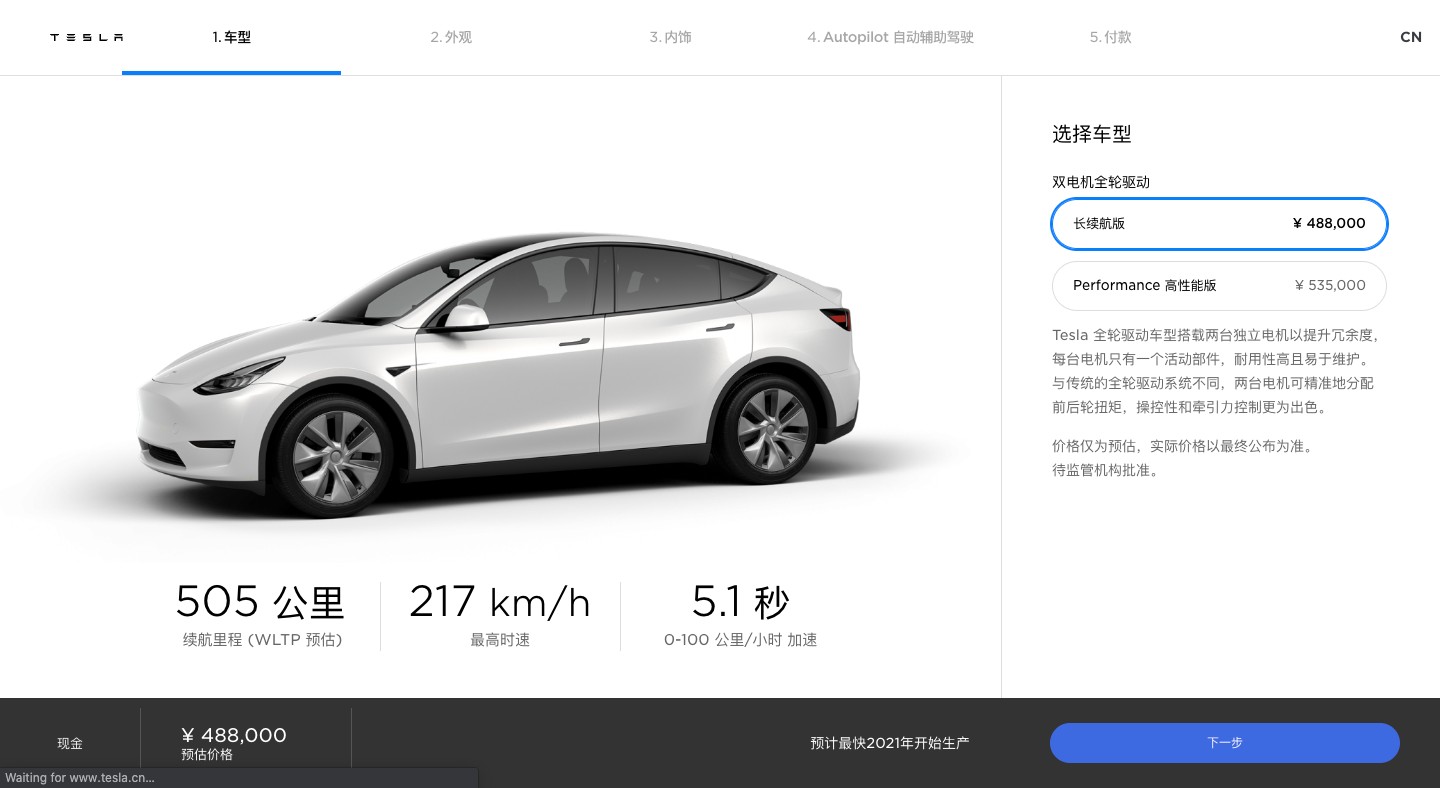 Recent updates to Tesla China’s official website shows that the vehicle is now open for local orders. Similar to the company’s US configurator, Tesla will be starting with two Model Y variants in China: the Long Range AWD and the Performance version. No specific date for the start of deliveries was listed, but the company did state that the start of production will be in 2021.

Unlike the Model 3, which began its rollout in China through vehicles that were imported in Fremont, there has been little to no talk of sending US-made Model Y units over to China. With this in mind, there seems to be a good chance that Tesla China’s Model Y order page refers to vehicles that will be manufactured at Gigafactory Shanghai, the company’s massive electric vehicle plant in the Lingang Industrial Zone.

Tesla China’s Model Y program was formally launched by CEO Elon Musk last January, in the same event that saw the electric car maker hand over Model 3s to its first local non-employee customers. During the event, Musk proved very optimistic about China, at one point even dancing on stage in celebration of the Tesla team’s efforts at Gigafactory Shanghai.

Since then, Tesla China has been putting the pedal to the metal in the buildout of its local Model Y production facility. Dubbed by the electric car community as the Phase 2 zone of the Gigafactory complex, the Model Y facility’s construction has seen rapid progress in recent months. Recent reports have even revealed that the factory shell for the Model Y facility has been completed, despite operations being halted earlier this year due to the outbreak of the coronavirus.