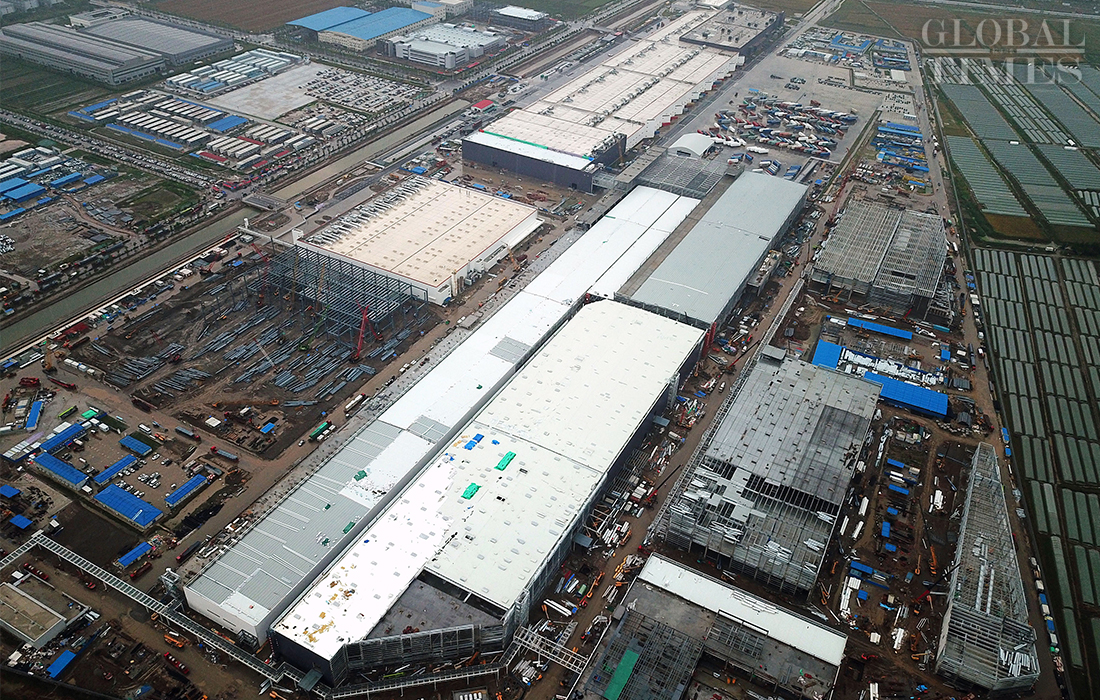 When Tesla completed the factory shell of Gigafactory Shanghai’s Model 3 factory last year, critics could barely believe their eyes. Tesla, after all, incited a significant amount of skepticism when the company announced its target timeframes for the completion of the company’s first Gigafactory in a country beyond the United States.

Recent images taken of the Gigafactory Shanghai complex suggest that something remarkable has taken place once more. Over the past few months, Tesla China has been hard at work ramping the production of the Made-in-China Model 3 and the construction of the site’s Model Y factory, known otherwise as the Phase 2 zone. Activity in Phase 2 has been impressive, with the buildout of two large structures (dubbed in the EV community as Phase 2A and 2B) progressing every week.

Now, a recent report from Chinese media outlet Global Times has revealed that the factory shell for Gigafactory Shanghai’s Model Y facility (Phase 2A) has been completed. The buildout of the Model Y facility’s shell took less than five months.

This is an incredible achievement for Tesla China and its construction partner, especially considering that the facility experienced a government mandated shutdown following this year’s Spring Festival due to the onset of the coronavirus. Despite this, Tesla and its local partners were able to resume construction activities rapidly, hitting their stride and completing the facility’s shell in a pace that rivals the speed of the Phase 1 zone, which set records on its own.

Photos of the completed Model Y factory shell show that the facility heavily mirrors the design of the Model 3 factory that was constructed last year. The two buildings are not identical, though, as evidenced by the taller segments in Phase 2A, which are more distributed throughout the structure.

The rollout of the locally produced Model Y from Gigafactory Shanghai will be of key importance to Tesla. The Chinese EV market is the largest in the world, but it is also the most competitive, with both veteran automakers and local EV companies coming up with compelling electric vehicles. Fortunately, China, like most regions in the world today, is fond of crossovers, which makes the country an ideal market for the Tesla Model Y.

Tesla CEO Elon Musk has stated that the Model Y will likely outsell the Model S, Model 3, and Model X combined. Considering the size of the crossover market and China’s auto market as a whole, such a statement is barely an exaggeration. This is especially feasible if the Model Y, like its Model 3 sibling, can take some sales away from popular gas-powered rivals. If Tesla can ramp the rollout of the locally-produced Model Y from Gigafactory Shanghai, the company could very well make a solid impact in China’s lucrative auto market.