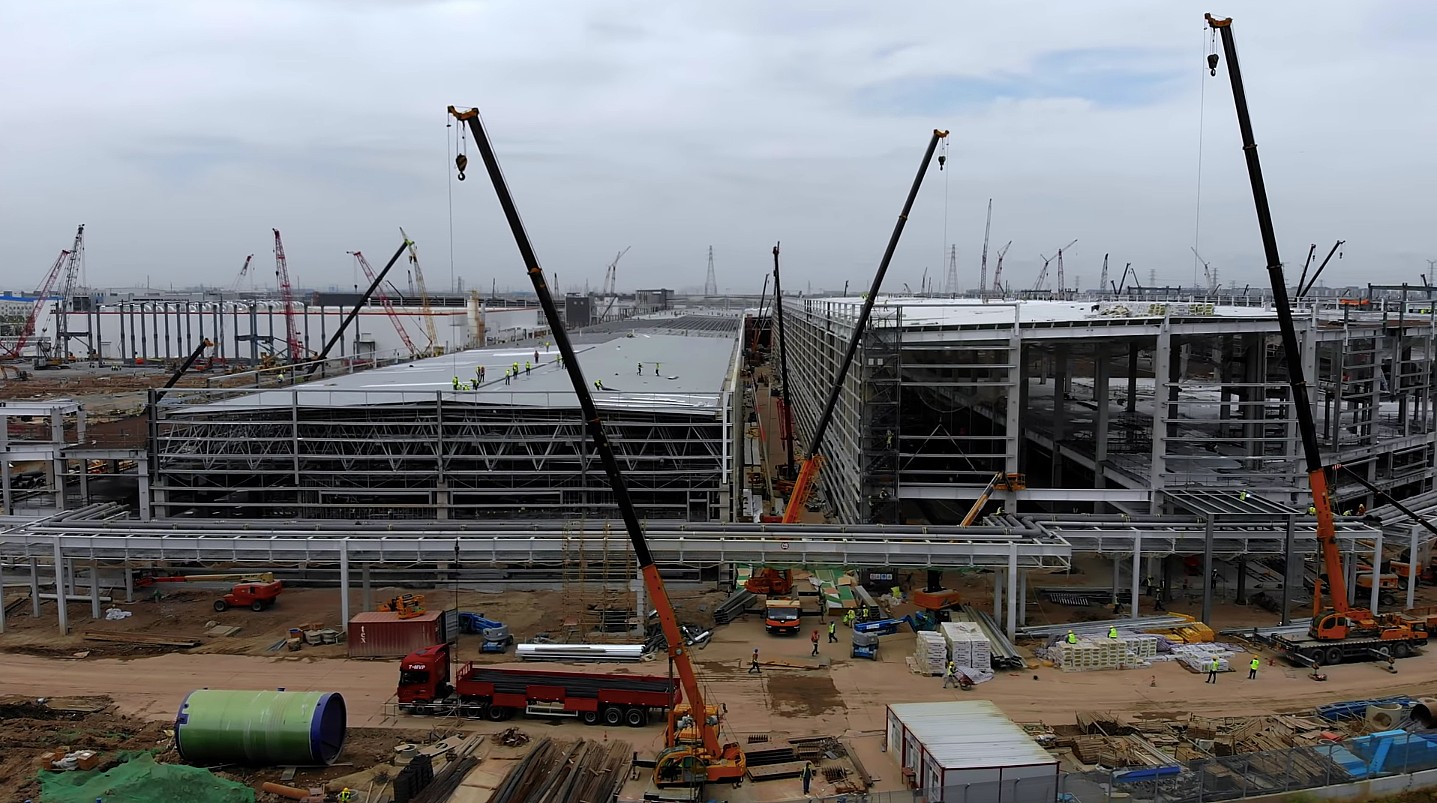 The progress of Gigafactory Shanghai has always been a pleasant surprise for the electric vehicle community. Since the first pile drivers were spotted on the site over a year ago, the massive facility has grown at an unprecedented pace, defying the expectations of both Tesla supporters and critics alike. The company’s Model Y factory, situated in Gigafactory Shanghai’s Phase 2 zone, is no different.

The construction of Tesla’s Model Y factory in the Gigafactory Shanghai complex has been quite understated so far. There was no grand celebration or groundbreaking event like the Model 3 factory that was constructed a year prior. Despite this, the Model Y facility’s pace has been incredibly impressive, with parts of the factory being built at lightning speed over the past months.

Recent drone flyovers from Tesla enthusiast Jason Yang have shown that the Model Y factory is now undergoing roof paving. A look at the building allotted for the production of the all-electric crossover shows that a significant portion of the facility has been overlaid with roofing material. Some parts of the Model Y facility’s walls are also in the process of being completed.

This is quite impressive for the upcoming facility, especially considering that the Model Y plant seems to be larger than the Model 3 factory that was constructed last year. Nevertheless, recent reports have suggested that the all-electric crossover’s production in China is on track to begin within the year. This means that by the start of 2021, Tesla may be preparing to start delivering the Model Y to local customers.

Gigafactory Shanghai is arguably Tesla’s dark horse this 2020. The electric car maker’s operations this year, especially in the United States, have been affected by the ongoing pandemic. This has resulted in key facilities such as the Fremont Factory being closed down for a significant period of time. Gigafactory Shanghai did not encounter the same challenges, as the facility was able to reopen and gradually return to normal operations following a brief government-mandated shutdown.

The market for electric vehicles in China is vast, as the country hosts the largest EV market in the globe. This is one of the reasons why the Tesla Model Y and Model 3 are incredibly important for Tesla. Being the company’s most affordable vehicles, the Model Y and Model 3 can attract a far larger demographic than the premium, imported Model X and Model S in the country. But to accomplish this, Gigafactory Shanghai must be able to produce both vehicles at volume.