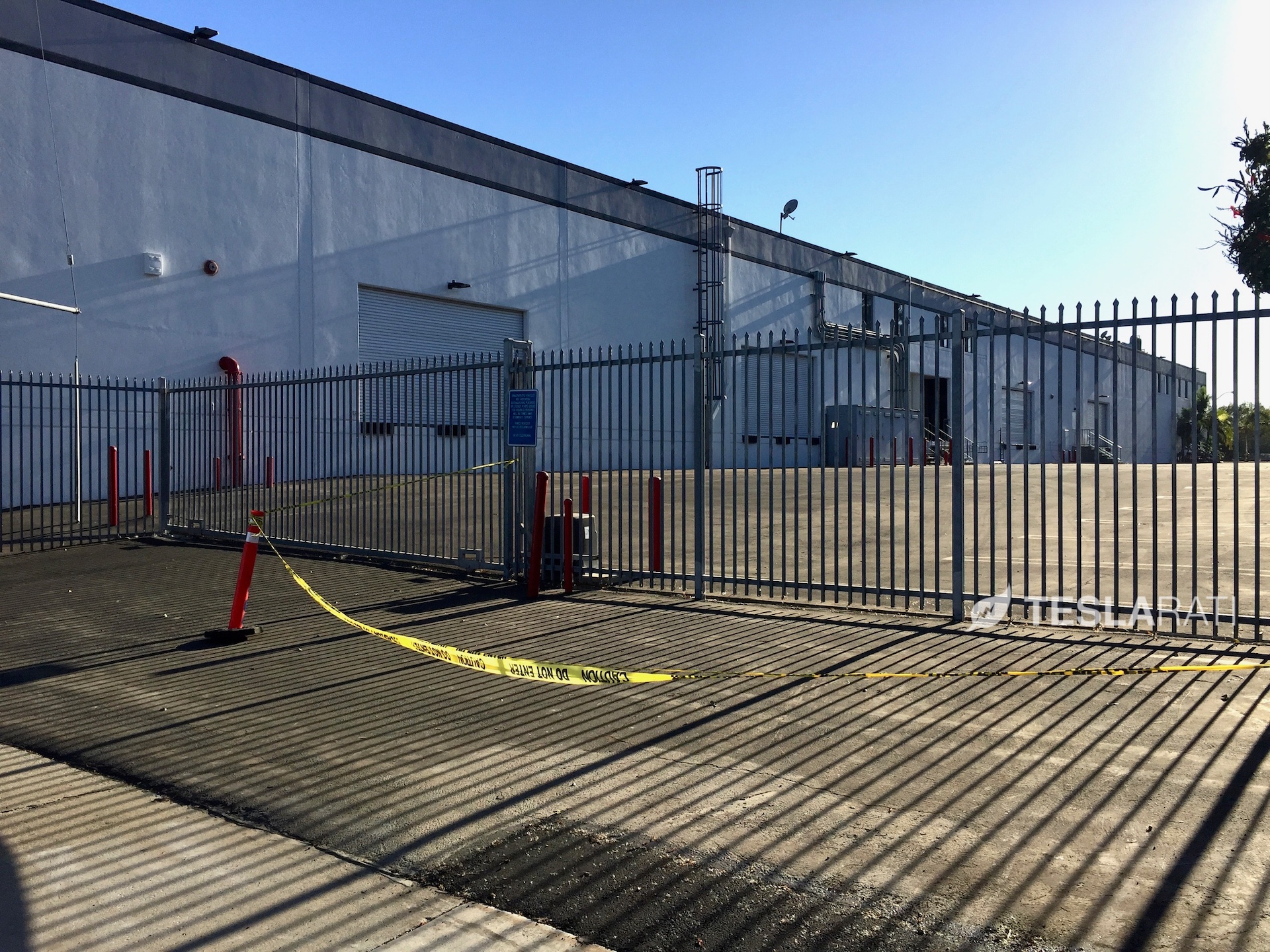 Tesla has reportedly signed a lease for a 131,000 square feet facility in Marina Del Rey, CA

Surrounded by the tech hub of Playa Vista where technology giants including Google, Facebook, Microsoft, among a slew of emerging startups that have made Southern California their home, and Venice Beach that has given birth to unicorns like Tinder, The Honest Company, and Snapchat; Tesla’s new location at 4755 Alla Road in Marina Del Rey gives the company presence in one of the hottest real estate markets on the westside.

But it’s not the location’s proximity to Silicon Beach that Tesla finds value in. Rather, the facility’s direct access to state highway 90 and its ample lot size that can support upwards of 400 parked vehicles, likely became the motivating factor for Tesla’s commitment to the $30 million and minimum seven year lease deal. The location could also serve as much needed support for Tesla’s Los Angeles Service Center on Centinela Ave. that has been on double-duty as a delivery center for Model S, Model X, and recent Model 3 deliveries.

Teslarati obtained the following photos of the massive facility on Monday, a day before the new tenant’s official move-in date. 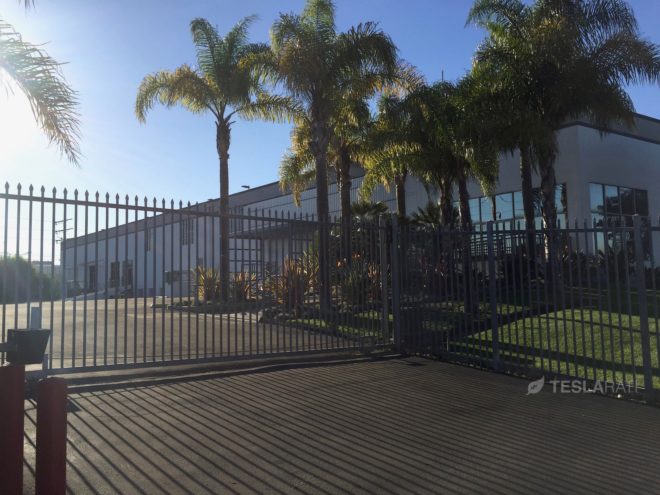 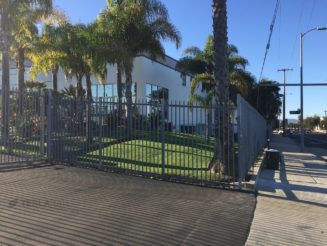 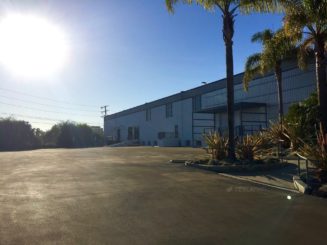 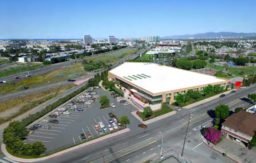 Facility is located next to a public park with tennis courts

Though Tesla did not provide comment on the reported lease agreement, a document filed on September 19, 2017 with the Los Angeles Department of City Planning identify Tesla as the company that requested a “coastal exemption permit” for an illuminated wall sign that reads “TESLA” for the building at 4755 Alla Road.

The gated main entry to the facility boasts an expansive parking lot that’s large enough to hold at least one-hundred vehicles. In addition, the building has a secured subterranean parking garage with entry on the east end of the building along Alla Road. The north end of the building, where the loading docks reside, is adjacent to a community park that’s separated by a chain-link fence. Presumably, another hundred or more vehicles can park in the lot running the length of the building, as well as behind it. 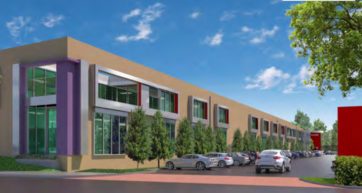 Artist rendering of the facility 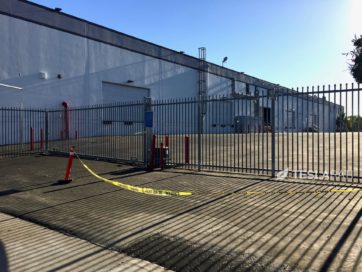 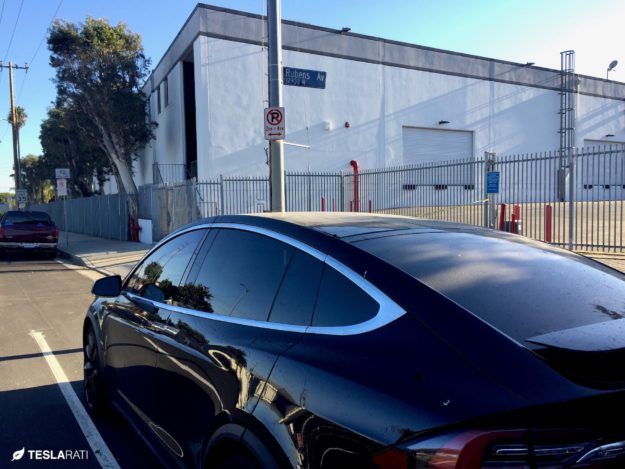 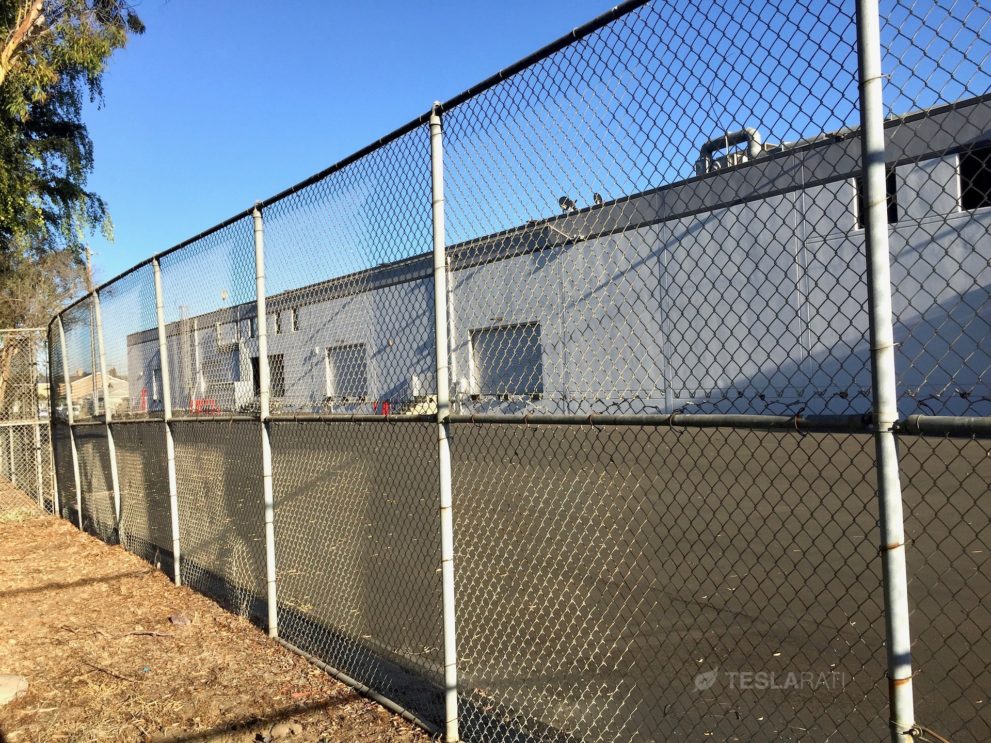 North end of the building 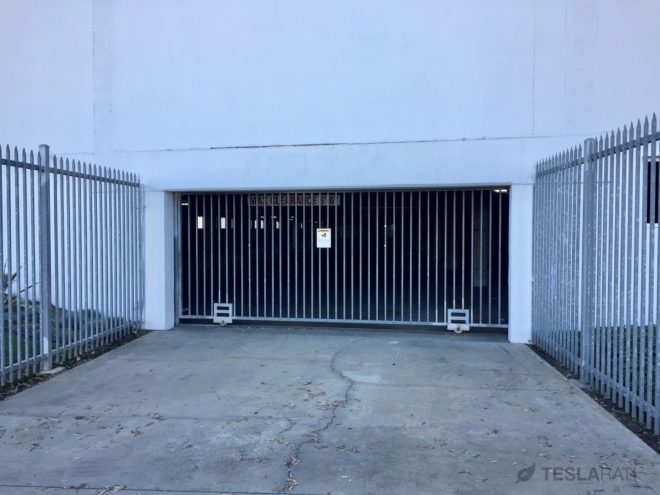 Side entrance along Alla Road leading to a subterranean garage. 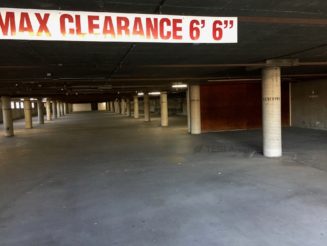 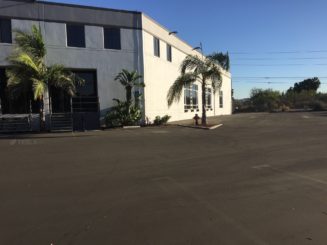 According to the building description as seen in past property listings, the facility features a 22′ clear-height ceiling with exposed beams and ideal for creative office space use. It’s not clear what Tesla might be using this facility for, but one could argue that the facility would be best suited for use as a second service and delivery center in Los Angeles. This is especially the case as the company aims to support the thousands of new Model 3 vehicles being purchased and soon delivered to Southern Californians.