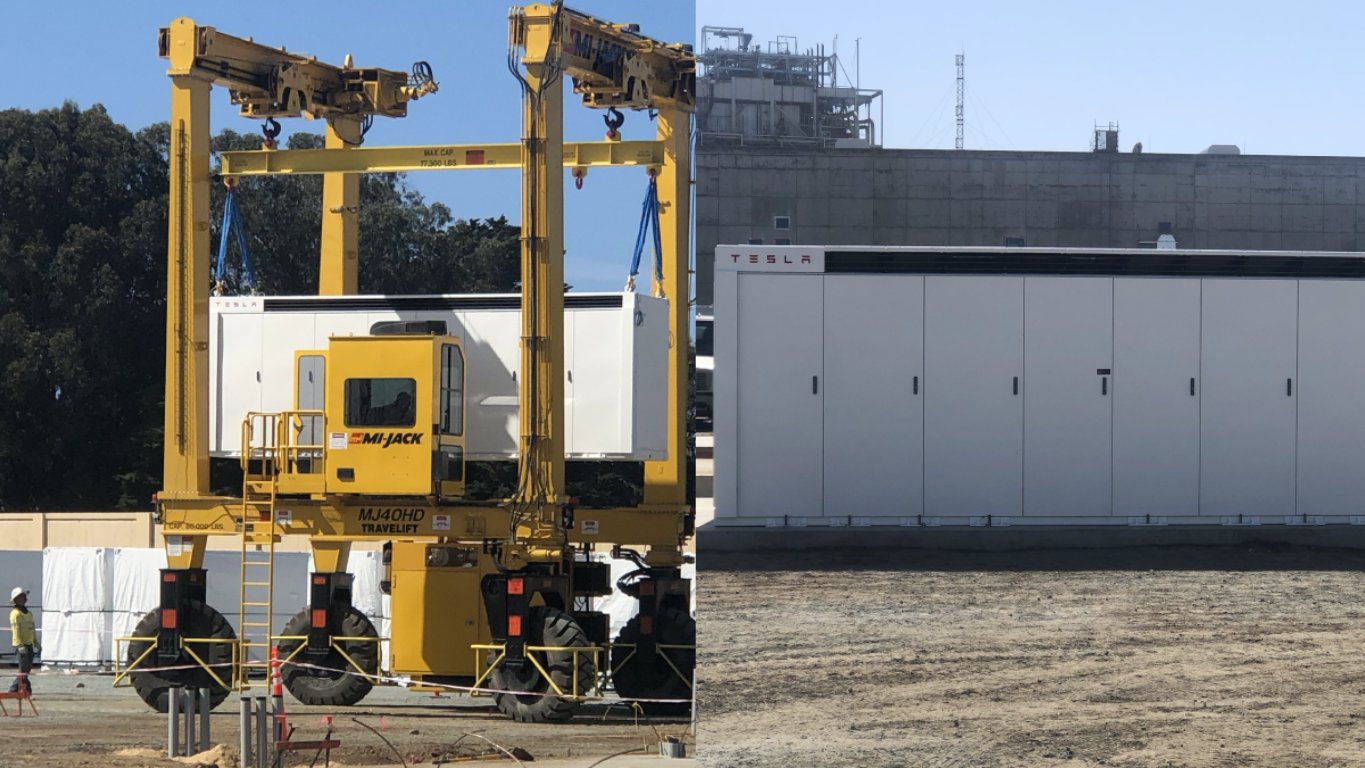 It appears that Tesla Energy and Pacific Gas and Electric Company’s 730 MWh battery installation at Moss Landing in Monterey, California, is progressing well. As noted in a recent update from PG&E, the first batch of Tesla Megapacks has been successfully installed, allowing the project to take a step towards its target of starting operations in the second quarter of 2021.

The massive 182.5MW/730MWh battery storage system was initially announced in July, with the groundbreaking ceremony being held on the latter part of the month. During the project’s announcement, it was revealed that the completed battery system will involve a whopping 256 Tesla Megapacks, making it one of the largest battery installations in the globe.

The massive battery is poised to be utilized to help meet peak energy demands in the area. Once operational, the Tesla Megapacks would be able to store excess solar and wind energy generated when demand is low. This energy could then be used as demand picks up, especially in times when solar and wind are not available. Ultimately, the battery system is expected to improve the reliability of the electric grid, while reducing the region’s reliance on fossil fuels at the same time.

Beyond their capability to store and release excess energy as needed by the grid, the Tesla Megapacks are also expected to provide about $100 million worth of savings to PG&E over the project’s expected 20-year lifespan. Interestingly enough, Tesla’s deal with PG&E also includes the possibility of the battery being expanded to as large as 1.1 GWh in the future. As noted by Tesla, such a scale would be enough to power every home in San Fransisco for 6 hours.

Tesla Energy has a lot of potential, with Elon Musk noting that the company’s battery storage business could very well be larger than Tesla’s electric car division. This is due to a rather simple reason, with Musk stating that the utility sector is larger than the automotive segment. Fortunately for Tesla, the grid-scale energy sector is ripe for disruption, making products such as the Megapack and the company’s Autobidder software a likely success.