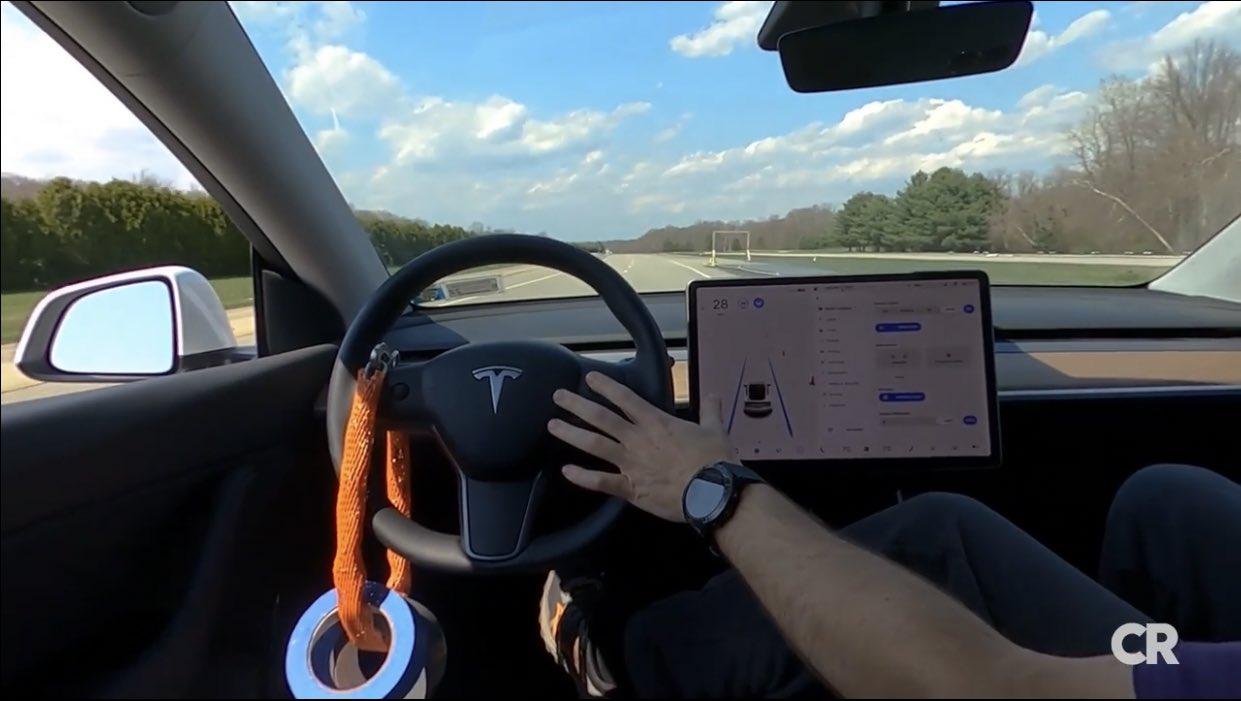 Tesla has a misinformation problem, and silence may no longer be enough

During the first quarter earnings call, Lars Moravy, Tesla’s vice president of vehicle engineering, stated that the company is hard at work cooperating with local authorities and agencies like the NTSB and the NHTSA to investigate a fatal Model S crash in Texas earlier this month. Moravy’s statements provided some new insights into the ongoing investigation, particularly when he mentioned that Tesla did a study to see how the company’s technologies operate in the area of the accident.

“We did a study with them over the past week to understand what happened in that particular crash. And what we’ve learned from that effort was that Autosteer did not and could not engage on the road condition that — as it was designed. Our adaptive cruise control only engages when a driver was buckled in about 5 miles per hour. And it only accelerated to 30 miles per hour with the distance before the car crashed,” he said.

A look at Moravy’s statements shows that Tesla’s adaptive cruise control could only accelerate to 30 mph in the distance that the ill-fated Model S covered before it smashed into a tree. This goes against initial reports stating that the vehicle had been involved in a high-speed crash. The state of the Model S when authorities found it also hinted that the car collided with the tree at speeds beyond 30 mph. Moravy’s statement was clear enough, but apparently, it was not clear enough for some — and it’s causing even US congressmen to become misinformed about the issue.

Despite early claims by #Tesla #ElonMusk, autopilot WAS engaged in tragic crash in The Woodlands.

Rep. Kevin Brady recently shared an article on his Twitter page which featured Moravy’s statement from the Q1 earnings call. The only problem was that the article Brady shared misunderstood the Tesla executive’s statement, with the article alleging that “at least one Tesla Autopilot feature was active” during the fatal Tesla crash. This, of course, is completely inaccurate, and EV owners and Tesla Twitter pointed it out as such. Moravy, after all, was referring to a test that the company ran, not the findings of the investigation, which is still ongoing.

Unfortunately, the US congressman seemed unconvinced. Despite the wave of corrections from the EV community and Tesla owners, or just Twitter users who actually bothered to listen and read the Q1 earnings call transcript, Brady argued in a later tweet that the source of his information was Tesla itself. And this, in a lot of ways, brings up a can of worms for the electric car maker and its longtime supporters.

Misinformation must be corrected

This is not the first time that Tesla has found itself on the receiving end of inaccurate reporting. Tesla has always battled misinformation since its early days, from reports claiming that the Model S was vaporware to ones claiming that Giga Shanghai was just an empty shell where Model 3s from Fremont were being stored. But while most of the misreporting surrounding Tesla is now expected by those following the company, and while some of this misinformation is almost humorous — such as a usually-critical Tesla reporter arguing that the Powerwall does not exist because she has never seen one in person — some stories require a more active hand.

Granted, Elon Musk has made his stance clear on advertising, or, as the CEO noted on Twitter, “manipulating public opinion.” However, it is not too difficult to see that Tesla will be fighting an unnecessarily uphill battle against misinformation if it does not have a way to make the correct information public. Musk has also stated on Twitter that “I trust the people,” which is no surprise considering his optimism. However, people are also very easy to manipulate, especially if they are immersed, for the most part, in misinformation.

I trust the people.

If there is anything that the ongoing misinformation surrounding the tragic Texas crash has shown, it is that Tesla may need a better strategy than just staying silent until an inaccurate story dies. This does not have to come in the form of a dedicated PR team or advertisements either, as those are strategies that have worked for companies that are almost antithetical to Tesla. Either way, the EV community may find it advantageous if something could be done about the ongoing inaccurate reports and allegations being thrown against the company. Perhaps Tesla could find a solution that meets these needs while staying true to its out-of-the-box character.

Tesla is a creative company that is unorthodox and bold enough that it decided to build a vehicle assembly line in a sprung structure to meet its goals. With this in mind, there is a pretty good chance that Tesla could find a workaround for its misinformation problem. Before this could happen, of course, Tesla would first have to admit that something more than silence is needed to usher in the company towards new heights.

Tesla has a misinformation problem, and silence may no longer be enough