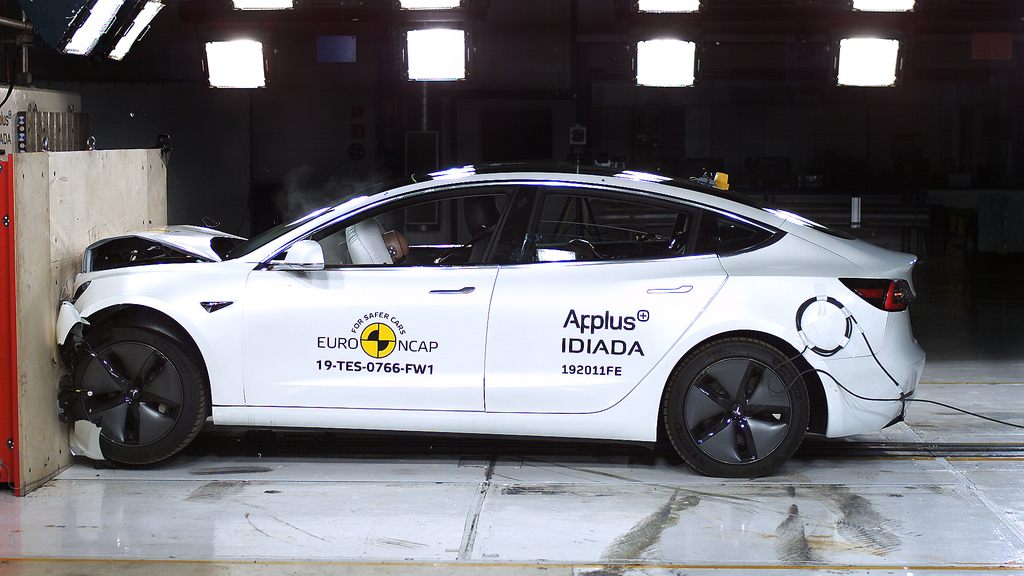 The Tesla Model 3’s reign as one of the safest vehicles on the road today continues, with the electric sedan getting a perfect 5-Star Safety Rating from the Australasian New Car Assessment Program (ANCAP), a safety performance assessment system based in Australia. The impressive findings were announced in a press release on Tuesday, with the ANCAP lauding the vehicle for its suite of active and passive safety features.

The ANCAP granted a score of 96% for the Model 3’s Adult Occupant Protection systems, with full points being achieved by the vehicle for three out of four destructive crash tests. Full points were also scored by the front passenger in the frontal offset test, which simulates a direct, head-on collision. Maximum points were given to the vehicle for child occupants in the side impact test as well.

It should be noted that the Model 3’s 94% score for the ANCAP’s Safety Assist category is the highest Safety Assist score achieved by any vehicle against the ANCAP’s protocols, which are currently based on the European New Car Assessment Program (Euro NCAP). Quite interestingly, the Euro NCAP also gave the Model 3 a perfect 5-Star Safety Rating earlier this month, though the vehicle’s Child Occupant Protection score in the ANCAP is a hair higher at 87% compared to its European counterpart’s 86% rating.

Just like the Euro NCAP, the ANCAP took note of the Model 3’s range of standard driver assistance systems which protect the vehicle’s occupants on the road. Among these are an advanced lane support system capable of emergency lane-keeping, as well as features such as autonomous emergency braking systems. James Goodwin, ANCAP Chief Executive Officer, stated that the Model 3’s results ultimately bodes well for Tesla and the company’s overall commitment to safety.

“This is an impressive result, and great to see electric vehicles continuing to prioritize safety. It is encouraging to see Tesla give equal attention to the active safety systems and technologies on board as well as the safety fundamentals through the structure and restraints,” Goodwin said.

The stellar scores on the ANCAP adds yet another notch to the Tesla Model 3’s belt. The vehicle, after all, has been sweeping perfect safety ratings since it was released. So far, the US’ National Highway Traffic Safety Administration (NHTSA) and the Euro NCAP have given the vehicle a perfect safety score, despite the latter’s more stringent standards. With the ANCAP also giving the vehicle full marks, it appears that the Model 3 has undeniably made itself one of the safest vehicles available for purchase today, bar none.

Read the full results of the ANCAP’s safety tests of the Tesla Model 3 below.