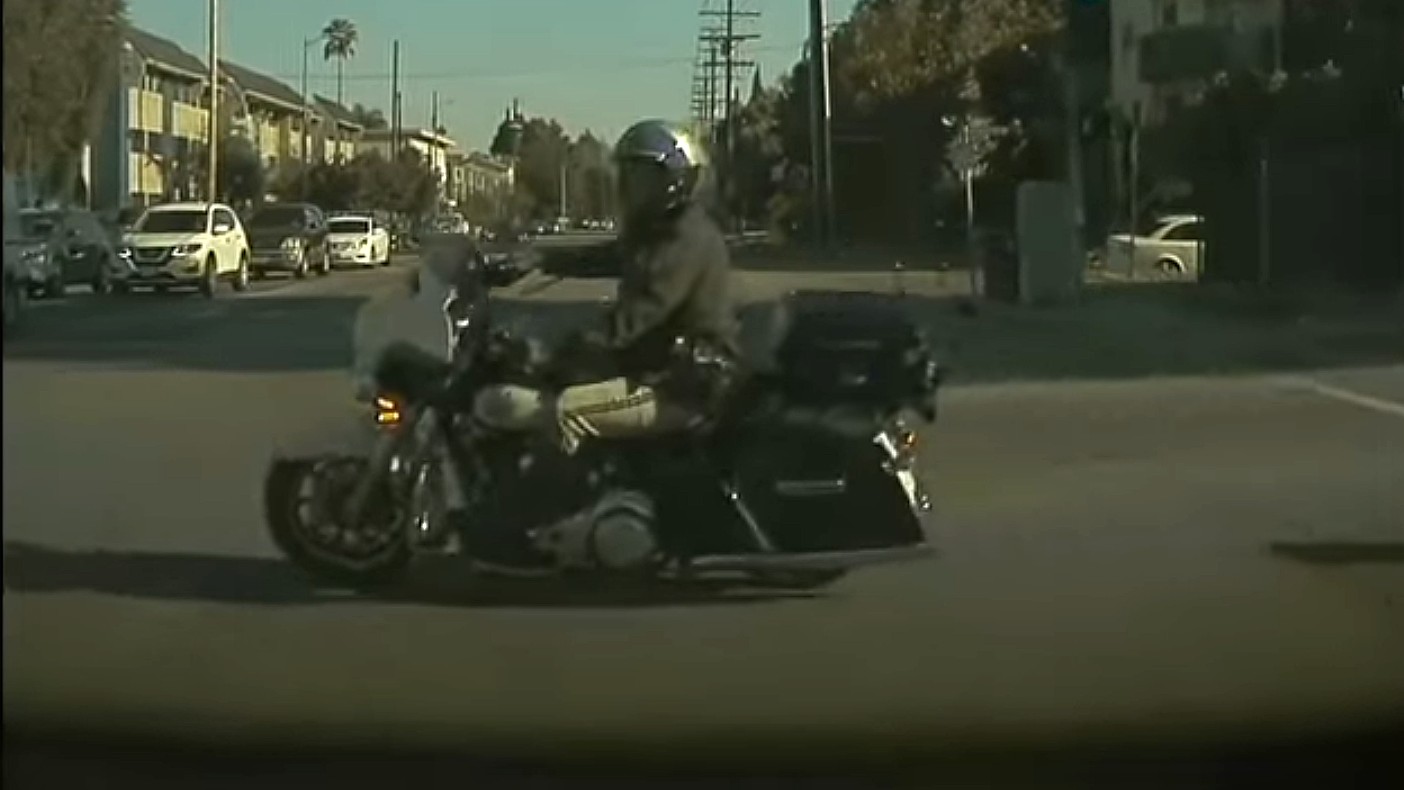 Tesla’s built-in dashcam feature for its vehicles has captured its own fair share of remarkable incidents on the road, but rarely do they show incidents involving near-accidents with law enforcement. Such an event happened recently in Los Angeles when a Model 3’s Automatic Emergency Braking system ended up protecting a cop who, ironically, was running a red light.

The rather unusual incident, which transpired in Los Angeles right off the 405, was recorded by Tesla Model 3 owner Fausto Perez, who runs the YouTube channel Mid-Range Tesla Model 3 Adventures, and Bitcoin. In a message to Teslarati, Perez stated that he was passing an intersection when out of nowhere, a cop on a motorcycle with lights but no audible sirens, opted to run a red light.

It was a scenario that could have easily been unfortunate, especially considering that Perez’ Model 3 was picking up speed quickly due to its instant torque when the cop ran the red light. Fortunately, the all-electric sedan’s Automatic Emergency Braking system kicked in, stopping the vehicle just a few feet away from the policeman’s path. Thanks to the Model 3’s safety systems, what could have been a nasty accident was prevented.

A look at the dashcam video hints at a possible explanation for the cop’s decision to run the red light despite not engaging his bike’s sirens first. A few seconds before the light turned green for the Tesla Model 3 owner, a white BMW sedan seemingly tried to beat the red light, unsuccessfully. Thus, the cop might have opted to chase after the seemingly offending vehicle to reprimand its driver, though it resulted in the officer running the red light himself.

Interestingly, the incident was not the first time that the built-in dashcam of Perez’s Tesla Model 3 captured something remarkable. This past February, Perez became the victim of a road rage incident involving a BMW driver who almost hit his Model 3 in Lassen St & Haskell Ave, Los Angeles. During the incident, the BMW driver attempted to provoke the Tesla owner into an altercation, but when Perez proved uncooperative by staying in his car and recording the events on his smartphone instead, the angry driver opted to drive off aggressively, running a red light in the process.

This resulted in a multi-car accident that involved the BMW driver crashing into two other vehicles on another lane. Fortunately, the angry driver’s victims were unharmed, and Perez was able to give recordings from his vehicle’s built-in dashcam for insurance claims and evidence.

Watch the Tesla Model 3 owner’s close call with a red light-running policeman in the video below.