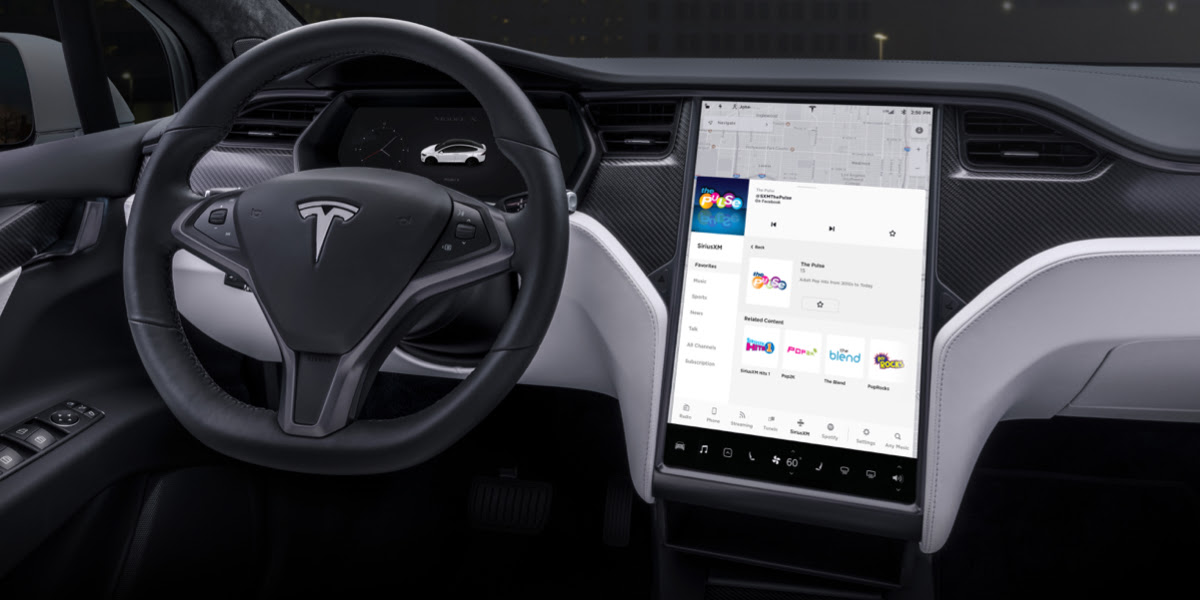 Tesla has rolled out a free three-month trial subscription to Sirius XM, in what appears to be the company’s latest push into making its vehicles’ entertainment systems more feature-rich. The new Sirius XM offer will likely be appreciated by owners of the company’s vehicles, especially considering that the service is among the most popular satellite radios in the country today.

Tesla announced its new offer in an email sent on Monday. An image that accompanied the communication also teased Tesla’s updated and optimized Sirius XM UI for its vehicles. Following is the email’s text.

“To access simply tap the Sirius XM app from the ‘Music’ section of your in-car center touchscreen—or enjoy your subscription online, on your phone, or at home on connected devices. If you can’t hear SiriusXM channels in your car, select the Sirius XM ‘Subscription’ tab for instruction on how to refresh your audio.”

Tesla has actually been working on Sirius XM improvements for some time now. Back in June, for example, Tesla rolled out its 2020.24.6.4 update, and it included some optimizations to its Model S and Model X’s Sirius XM interface. As noted by noted Tesla owner and hacker @greentheonly, the source code of this update revealed that the Sirius XM optimizations were also intended to be released to other areas such as Canada.

Interestingly enough, Sirius XM is a popular feature that has been exclusive to the Model S and X. Tesla’s most popular vehicle to date, the Model 3, is yet to receive the feature. One could only hope that Sirius XM integration to the Model 3 may eventually be included in the future. Such an update would most definitely be appreciated by the EV community, especially since some Model 3 owners have resorted to using their smartphones or third-party solutions to gain access to the satellite radio service.

The fact that Tesla seems to be pushing Sirius XM rather assertively to its customers seems to suggest that the company may be poised to roll out more entertainment-based apps in the coming months. Apps such as Sirius XM, Spotify, Netflix, and YouTube, may seem quite minor when compared to key functions like Autopilot, after all, but they do help round out the ownership experience of Tesla owners. In a way, Sirius XM does make sense for Tesla’s next-generation of vehicles, especially the Cybertruck and the Semi, both of which would likely be driven in areas that lack LTE connectivity.