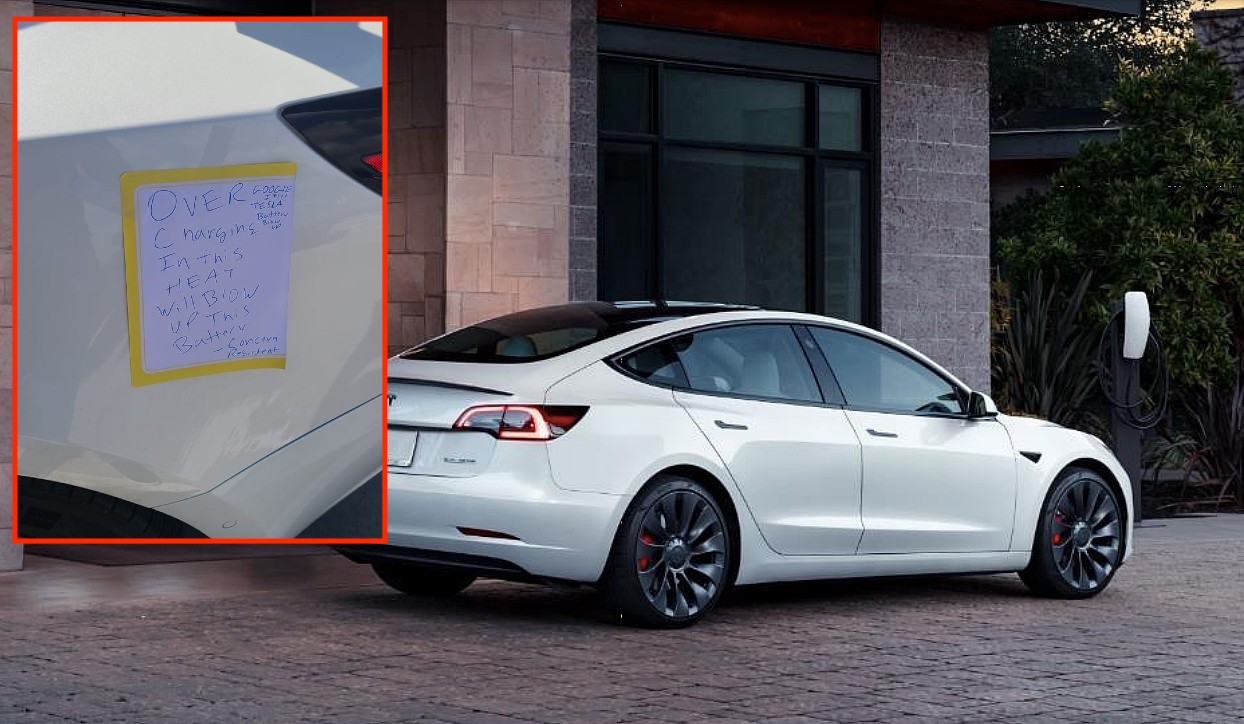 The words “Google it” are probably among the most annoying things that a Tesla owner could encounter today, especially when it comes to outdated and inaccurate preconceptions about EVs in general. Despite the prevalence of electric vehicles today, after all, there is still a ton of misinformation being pushed against EVs on a surprisingly consistent basis, especially with regards to the alleged “danger” they pose.

One of the most persistent false claims about electric cars is the idea that they are more dangerous than internal combustion vehicles due to their batteries. The idea of Teslas randomly bursting into flame en masse may be a compelling narrative for the company’s critics, but the numbers don’t really back them up. EV batteries just don’t catch fire as frequently as the internal combustion engine.

Such an idea was apparently lost on a “concerned resident” who encountered a Tesla Model 3 this month. After finding the car plugged into a charger at a residential parking garage, the resident decided to unplug the Model 3 because “overcharging in this heat will blow up this battery.” For good measure, the “concerned resident” also advised the Tesla owner to Google “Tesla battery blow up.” In a Facebook post about the incident, the Model 3 owner remarked that he was quite bewildered since the day was not even that hot at 86 degrees.

Adding to the aggravation of the Tesla owner was the fact that the “concerned resident” didn’t just slip in the note under the Model 3’s wipers. The individual decided to tape the note close to the Model 3’s charging port instead. Considering the content of the message and the fact that it was quite literally taped to the car, it appeared that the resident really wanted to make the point across, and perhaps give the Tesla owner some safety advice.

The idea of electric car batteries blowing up when charging during hot weather due to overcharging is quite ridiculous, of course. Tesla’s battery management system handles any risks of overcharging. The company’s vehicle fire data for 2020 also indicated that there was approximately one Tesla fire for every 205 million miles traveled during the year. In comparison, data from the National Fire Protection Association (NFPA) and US Department of Transportation listed a vehicle fire in the country for every 19 million miles traveled.