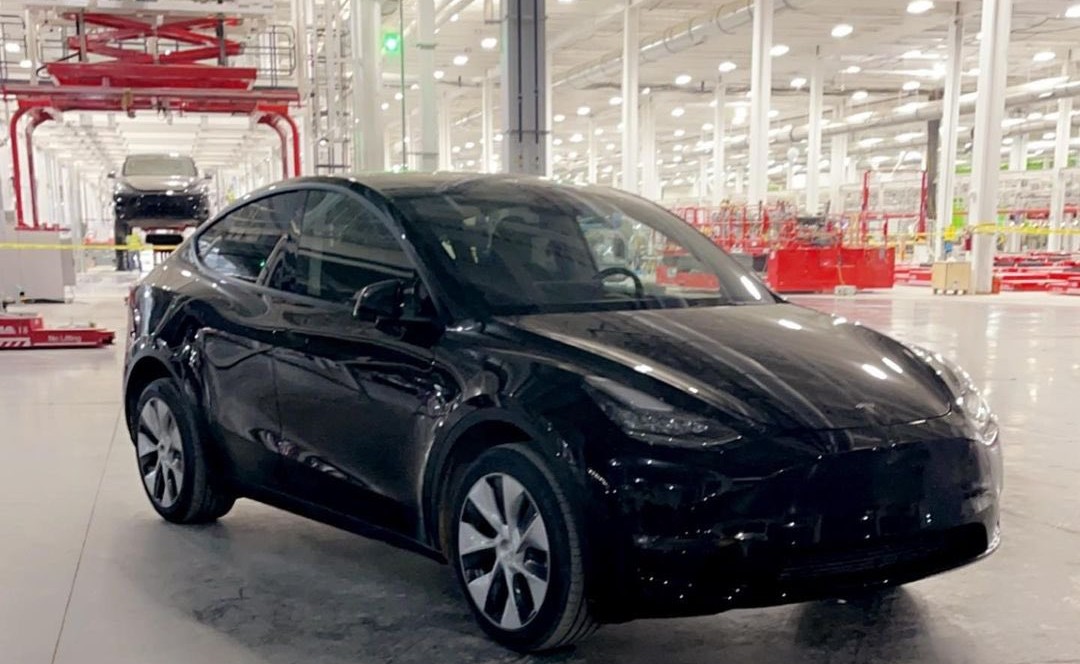 When Gigafactory Texas was starting its construction, officials in the area started to fondly describe the project’s pace as the “Speed of Elon” on account of its rapid progress. This “Speed of Elon” seems to have never let up since Giga Texas broke ground about 13 months ago as the first image of a pre-production Tesla Model Y was just shared online.

The image was initially shared on Instagram, and it depicted a black Model Y that looked fresh out of the production line. The post was eventually deleted, but not before the image was shared across platforms such as Twitter and Reddit. It’s difficult not to be excited, after all, considering that Giga Texas broke ground just over a year ago in July 2020.

Based on the recently-shared image, it appears that Giga Texas’ Model Y production facility is now ready to start cranking out the all-electric crossovers, at least to some degree. The vehicle was not alone in the picture either, as another Model Y in the background could also be seen passing through the assembly line.

It should be noted that while it may seem shocking to see Tesla Model Y pre-production units being produced this early, the company has been dropping hints for a while now that Giga Texas is already positioned to build the vehicle. For example, in the Q1 2021 Update Letter, the company shared photos of Giga Texas’ Model Y factory interior, showing that production robots were already being installed.

Tesla’s Q2 2021 Update Letter showed even more progress, with the company showing that the Model Y factory’s stamping press was already fully built, and the all-electric crossover’s body shop was already undergoing testing. It was then no surprise that pre-production Model Ys are now being manufactured in the facility.

This doesn’t mean that Model Y mass production would start in Giga Texas within the next month or so, however. For perspective, Gigafactory Shanghai’s first pre-production Model Ys were spotted around September 2020, but customer deliveries of the all-electric crossover in China only started around mid-January 2021. This was despite large numbers of the vehicle being spotted in Giga Shanghai’s holding lots by December 2020. Considering a likely lead time of 3-4 months, Texas-made Model Y deliveries might very well begin around late November to late December 2021.