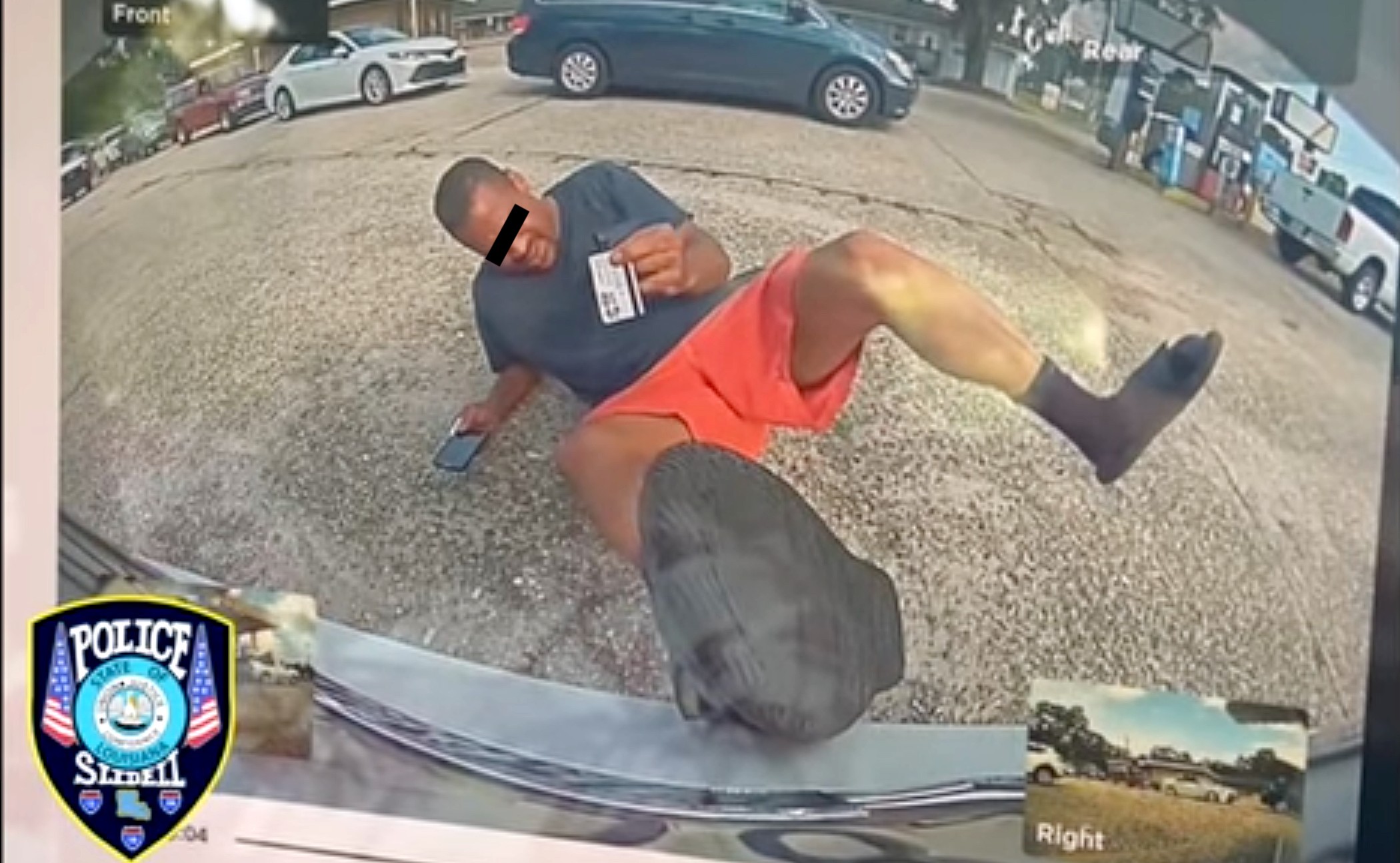 Recently, the Slidell Police Department in Louisiana arrested a man who falsely claimed that he was hit by a Tesla Model 3 in a gas station.

Forty-seven-year-old Arthur Bates Jr. called 911 to report an injury after a Tesla Model 3 allegedly hit him. The Slidell Police responded to Bates’ call. An ambulance and fire truck were also dispatched because Bates complained of back, leg, and neck injuries.

Bates told the police that a Tesla had backed into him, causing him to fall onto the pavement. He also claimed that the Tesla owner fled the scene after the incident.

When Slidell Police found the Tesla Model 3 and spoke to the driver, a different story came to light. The Tesla driver informed officers that Bates intentionally jumped behind his vehicle and staged the accident.

Usually, in cases like these, it becomes a “he said, she said” situation. Fortunately, this wasn’t the case with the Bates incident, thanks to Tesla being Tesla.

“Unbeknownst to Bates, Tesla’s record all the footage of their cameras. When Slidell Police officers reviewed the Tesla’s video footage, it became apparent that Bates was lying and staged the entire event,” wrote the Slidell Police Department.

With video evidence of his deceit, Bates admitted to his lying about the supposed accident. He was subsequently arrested for “false swearing with the intent to Cause and Emergency Response,” under L.R.S 14:126.1.

There are two forms of punishment for any person convicted of L.R.S 14:126.1. If the false communication does not result in an emergency response, the person faces imprisonment for no more than 6 months, a fine for no more than $500, or both.

An emergency response refers to any action taken by a law enforcement agency—including federal, state, and local—or other first responders. Bates’ case seems to fall under the second form of punishment which entails that false communication resulted in an emergency response.

Since Bates’ lies did not result in any serious bodily injuries or death, he could face imprisonment with or without hard labor for no more than 5 years. He could also be fined for not less than $100 but no more than $1000.

Bates could face both jail time and a fine simultaneously. In addition to his penalties, Bates could be ordered by the court to reimburse any party or parties for expenses incurred by the emergency response.

Watch the incriminating Teslacam footage in the video below.