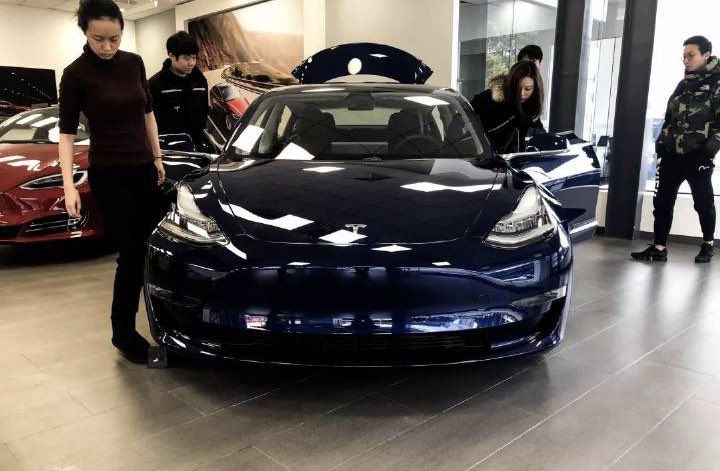 The success of the Tesla Model 3 with China’s growing middle class is helping the company deepen its business in the country’s competitive automotive landscape and the world’s largest electric vehicle market.

Thanks to China’s economic growth in recent decades, the country has seen the emergence of a growing middle class. Pew Research estimates that between 2001 and 2011 alone, more than 203 million people crossed the threshold into the middle class in China. By 2015, Credit Suisse concluded that China had overtaken the US as the country with the largest middle class. The Global Business Policy Council further noted that by 2025, estimates point to private consumption in China being the largest contributor to the country’s economic growth.

Similar to the United States’ middle class and the concept of “keeping up with the Joneses,” China’s middle class appear to be increasingly motivated by the concept of “keeping up with the Wangs.” As such, purchases that improve one’s social image, such as premium gadgets and clothing, have become commonplace. This is the demographic that Tesla can perfectly capture with the Model 3, as it is a vehicle that offers premium electric mobility at a price point far more attainable than the company’s previous offerings, the Model S and X, which have become popular status symbols for the wealthy.

Currently, the Model 3 starts at 433,000 yuan (around $64,000) in China, and Tesla has even started offering free Autopilot as a limited time offer. These strategies will likely attract the attention of middle class buyers in the country, at least until Gigafactory 3 comes to life later this year. If Elon Musk’s estimates prove accurate, Tesla can start making affordable variants of the Model 3 in China, which will be even more attainable to consumers.

Apart from the Model 3 being Tesla’s most affordable vehicle in China today, other factors that seem to be helping the electric sedan include the country’s growing middle class and the nation’s open support for electric vehicles. China has adopted a friendly stance towards electric cars, and it is becoming evident in the country’s automotive sales.

In 2018, for example, electric vehicle sales in China rose 83% year-on-year, allowing the country to push more than 1 million EVs over the year. These figures become even more notable considering that overall light-duty vehicle sales in the country actually declined by 2.76% in 2018, as noted by the China Association of Automobile Manufacturers (CAAM).

Local news reports note that Tesla sales sank 15.4% year-over-year in 2018 as the Model S sedan and Model X SUV were weighed down by steep tariffs resulting from the trade war between the United States and China. With this in mind, the immense interest being generated by the Model 3 among the country’s car buyers has been a very pleasant surprise.

It is undeniable that Tesla’s business in China has seen its ups and downs over the years. Despite challenges such as the initial issues with Model S deliveries in the past to the effects of the recent US-China trade war, the company’s electric cars have nonetheless kept their place as one of the ultimate status symbols for consumers. With the Model 3 just about ready to saturate China, Tesla can finally tap into what could be a very lucrative market.