The Tesla Model 3 recently proved its worth in an autocross course at ZMax Dragway in Charlotte, NC. Despite being completely stock, the vehicle performed admirably during its runs, planting itself on the track and taking advantage of its electric motor’s instant torque to propel itself hard around corners.

In a written communication with Teslarati, Chestley Couch, the owner of the Model 3, stated that the instructor he had with him during his first run was pleasantly surprised at the vehicle’s performance, considering that it was completely stock. Chestley further noted that overall, the Model 3 exhibited similar times around the autocross track as the Subaru BRZ, the Mazda Miata, and the BMW Z3 — cars that he has driven in the past. 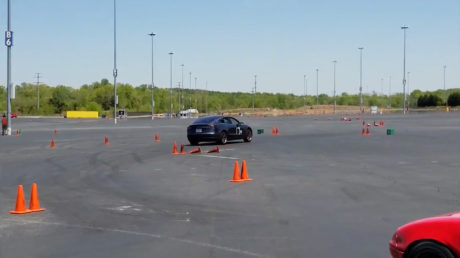 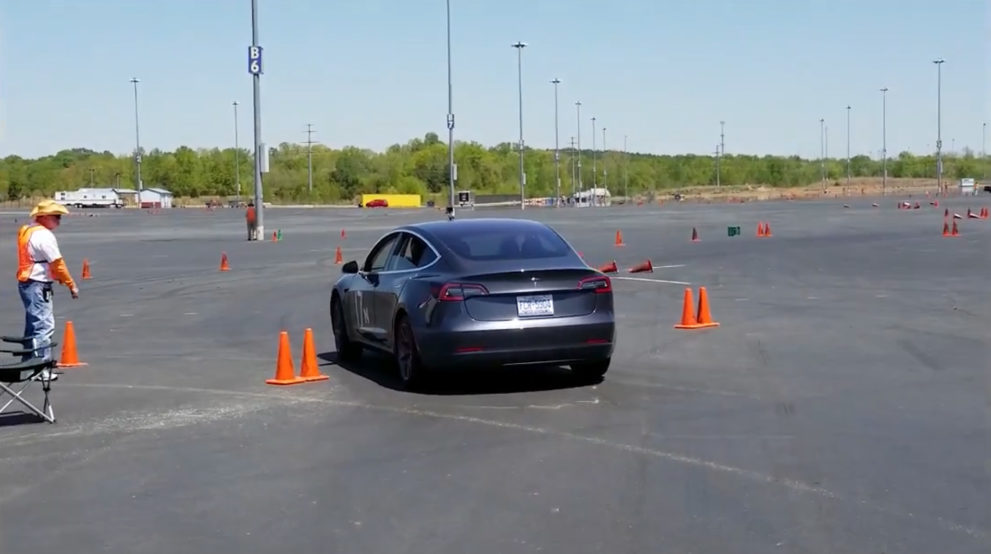 The Model 3 had 75% battery when it began its runs, and over the course of five laps around the track, never once did the car lose power, with the vehicle averaging 1480 Wh/mi. During his entire autocross session, Chestley noted that he did not even hear the Model 3’s cooling fans kick in at all. Responding to a comment on YouTube, the Tesla owner stated that the electric car “could have run all day.”

If there’s one point of improvement that could be seen in the video of the Model 3’s autocross run, it was the fact that the vehicle exhibited some understeer at the most challenging parts of the track. Tire noise was also audible as the electric car was pushed from one corner to the next. As noted by Chestley, however, this could partly be due to the fact that he used the 18-inch OEM tires that his Model 3 came with. With a better set of tires, such as the 19-inch or 20-inch Sport Wheels that Tesla offers, the Model 3 could have performed better.

Overall, Chestley was thoroughly impressed with his Model 3’s autocross course performance. The Model 3 owner noted that he believes the upcoming dual-motor AWD variant will be even more impressive in autocross events, and that there’s a good chance the compact electric car would be the vehicle of choice for those who would like to take their Teslas to the track for some spirited driving.

“Not having to shift gears and the instant torque  were a huge advantage in the turns. The AWD version  will be very competitive. The (Model) 3 is a blast to drive. Where the Model S is more of a cruiser, I think you see a lot more people racing Model 3s when they become more common,” Chestley wrote.

The Model 3’s recent autocross run at Charlotte, NC stands as yet another notable example of the electric car’s capability to be driven hard for extended periods of time. Last March, we reported on a Tesla owner driving his mostly stock Model 3 for several laps at the Laguna Seca Raceway, in what could very well be the first real-world high-performance test of the vehicle. Just like Chestley’s experience in the autocross course, the Model 3 lasted the entire racing session at Laguna Seca without limiting its power.

Prior to the Model 3, Tesla’s cars such as the Model S have exhibited tendencies to limit their power and speed when driven hard on a track. As noted by professional race car driver Robb Holland when he took the full-sized sedan around 12.9-mile Nurburgring, the Model S’s track performance gets compromised by its software, which protects the car’s batteries from generating too much heat.

Check out the Tesla Model 3’s autocross course run in the video below.