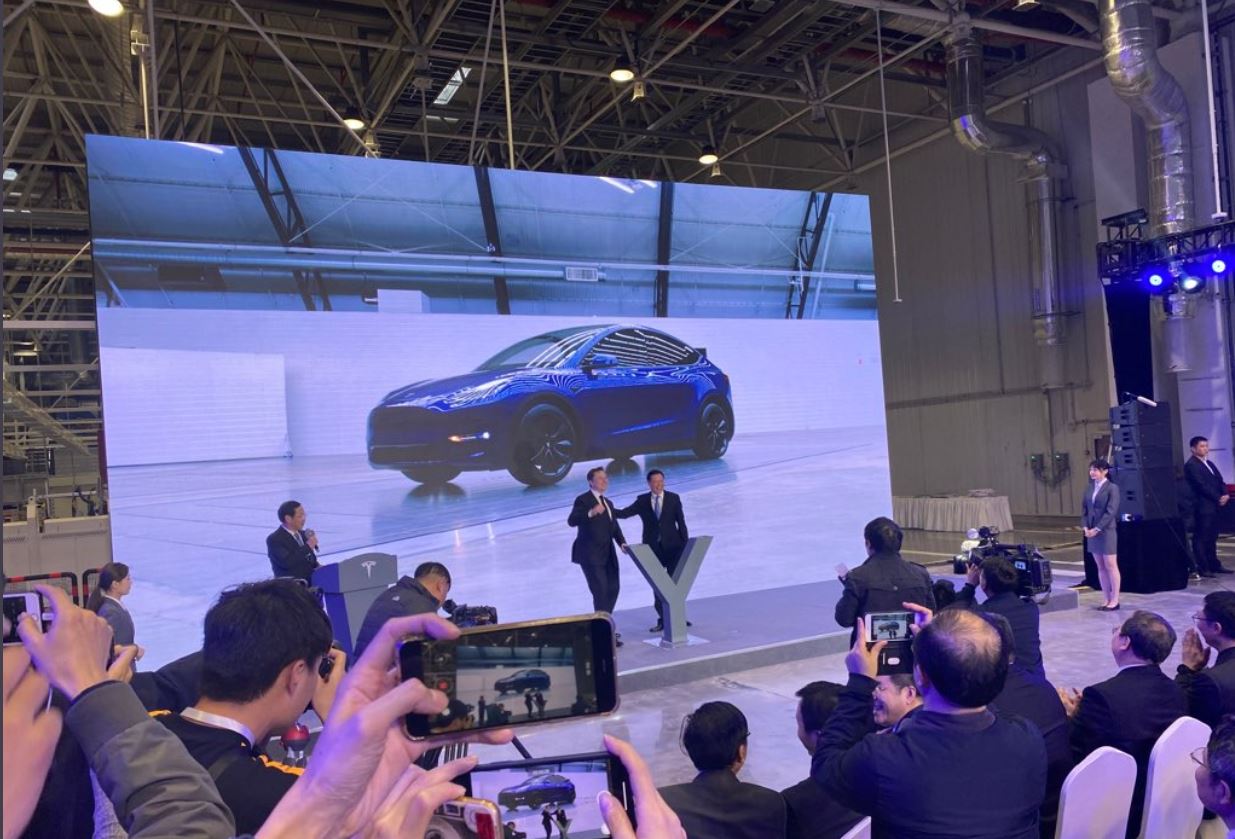 Tesla officially opened the floodgates in China as it made its first mass delivery of locally-made Model 3 on Tuesday during an event at Gigafactory 3 in Shanghai. The electric car maker also announced the kick-off of its Model Y program in the country.

CEO Elon Musk flew in from the United States to personally hand over Made-in-China Model 3s to the first local customers. This is a big milestone for Tesla as the MIC Model 3s are the first units delivered by Tesla’s first factory outside of the United States.

“Ultimately Model Y will have more demand than probably all of the other Tesla cars combined. Model Y will also have advanced manufacturing technologies that we will reveal in the future,” Musk said.

Musk also expressed his gratitude to the Chinese government, the Tesla China team, and all of the customers in the country.  At one point during the ceremonies, Musk even showed some dance moves and emphasized how the company knows how to have fun despite all the work that needs to be done. Musk also did not forget to thank the early adopters who paid a premium to own their Teslas.

During a speech at the event, the Tesla chief also disclosed plans to have a Tesla engineering center in China that will design vehicles for the local market and the rest of the globe.

With the kick-off of the Model Y program in China, Tesla now has a powerful one-two punch combination that can potentially deal heavy blows to other automotive giants operating in the country. The Model 3 sedans will attract those looking for an entry-level electric vehicle while the Model Y will appeal to those looking for an all-electric crossover that offers more space at a practical price.

Tesla will be facing no pushovers in the local market. Daimler has released the Mercedes-Benz EQC in China and sells it for about $83,100 while Audi has rolled out the e-tron in late 2019 and plans to introduce more green vehicles in the next 24 months. BMW is also planning to join the EV rumble with its iX3 crossover next year.

The first public MIC Model delivery event happened exactly one year after the first wholly-owned car factory by a foreigner in China broke ground. Gigafactory 3 achieved the amazing feat of producing its first vehicles in just 10 months and making a symbolic delivery to local Tesla employees before the end of 2019.

Meanwhile, the production of the Model Y alongside the Model 3 will not be an issue for Tesla since these vehicles share 75% of their parts. Tesla also started accepting Model Y orders a few days ago, an early indication that the electric car maker is ready for this move.

Earlier this week, Tesla confirmed that Gigafactory 3 has achieved a run-rate of 3,000 vehicles per week to meet Model 3 demand in China. The government has also been very supportive and has exempted the locally-made sedan from a 10% purchase tax as announced recently.

With the Model 3 and Model Y entering the largest automotive market in the globe, Tesla can become a strong foothold for the brand as it aims to achieve sustained profitability.

Here’s are some snapshots from the event: