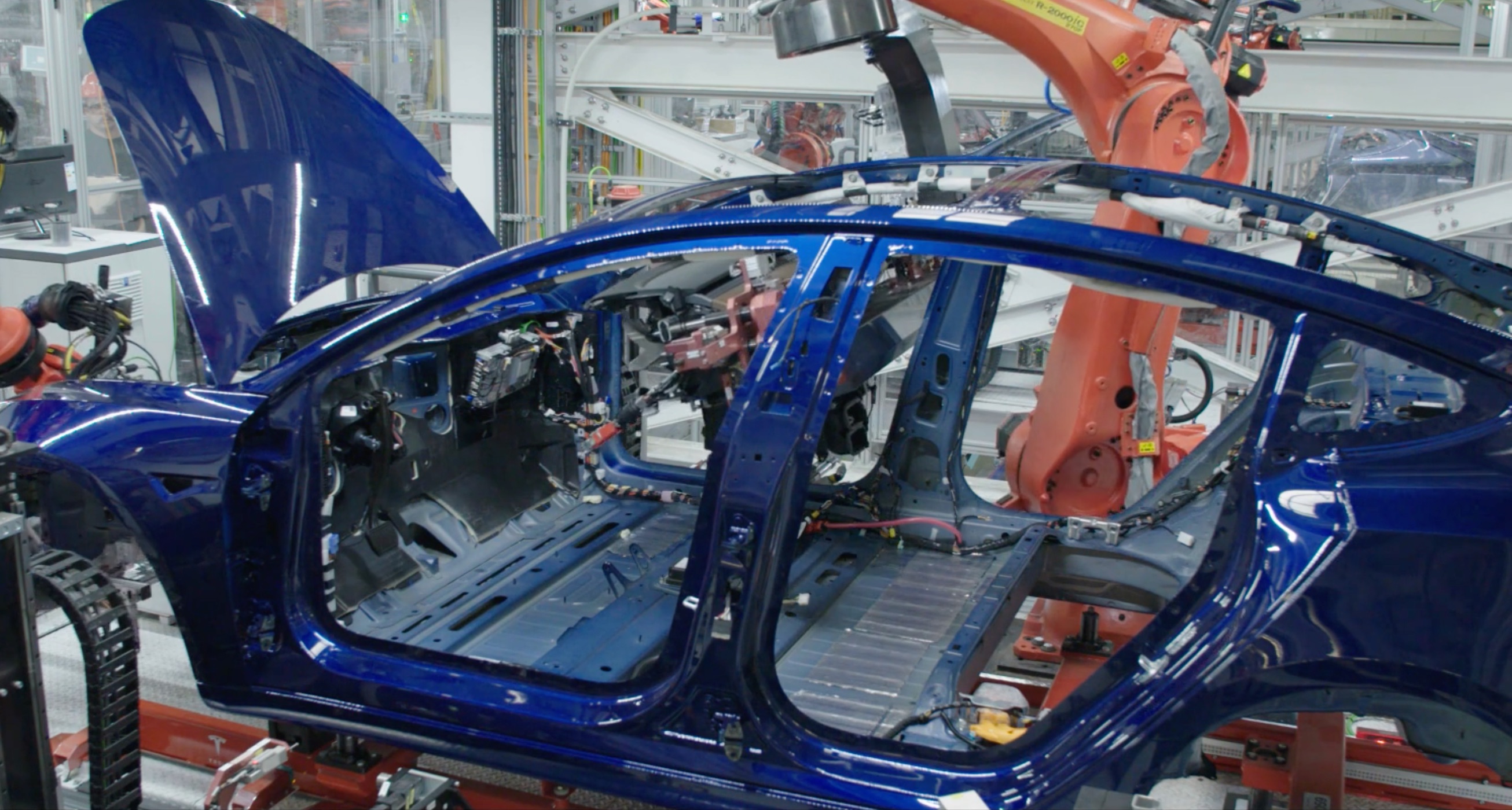 Tesla has confirmed that the source of its Model 3 production bottleneck is the battery module assembly line at its $5 billion Gigafactory 1 facility in Sparks, Nevada. The Silicon Valley electric car maker noted in its third quarter 2017 earnings report that the manufacturing process for Model 3’s battery modules – processes that were “done by manufacturing systems suppliers” – were taken over and “significantly redesigned” by Tesla, thus causing the delays.

“To date, our primary production constraint has been in the battery module assembly line at Gigafactory 1, where cells are packaged into modules.” reads the statement from Tesla in its update letter. Furthermore, Tesla says engineering talent at the company have been redirected to fine-tune the automated processes involved with battery module production, noting that these were key elements of which were “done by manufacturing systems suppliers”. This is one of the primary reasons why only 260 Model 3 vehicles have been produced at the end of the third-quarter. Tesla did not provide any guidance on how this will translate into end of year Model 3 production numbers, but did note that throughput is expected to increase substantially in November. The company also noted that Model 3 volume production of 5,000 vehicles per week is expected late in the first quarter of 2018, delayed three months from CEO Elon Musk’s original end of year guidance.

Like the Model S and Model X which uses a low-mount battery pack that’s made up of individual lithium-ion cells that are packed into battery modules, Model 3 utilizes the same design for its skateboard-style battery pack but with fewer modules. Tesla’s mass market-intent vehicle uses a larger 2170 form factor cylindrical cell versus Model S and X that utilize a 18650 lithium-ion cell that resembles a traditional AA battery. Taking a look at a Tesla battery pack teardown video that we shared in the past, we can see that Tesla arranges Model S and X battery cells into 16 modules that are inserted into an aluminum battery case. Model 3 on the other hand utilizes only 4 modules, thereby arranging more battery cells into larger compartments.

Model 3 production constraint is related to the automated processes that’s responsible for manufacturing two of the four Model 3 battery modules. “Four modules are packaged into an aluminum case to form a Model 3 battery pack. The combined complexity of module design and its automated manufacturing process has taken this line longer to ramp than expected. The biggest challenge is that the first two zones of a four zone process, key elements of which were done by manufacturing systems suppliers, had to be taken over and significantly redesigned by Tesla.” said Tesla in its update letter.

Musk added additional color during the Q&A call with analysts following the update letter, citing challenges faced by the programs that operate the robots in Model 3’s battery assembly line. “We had to rewrite all of the software, from scratch. We managed to write 20 to 30 man-years of software in 4 weeks.” said Musk in explaining the level of reprogramming needed on the factory floor.

Both Musk and CTO JB Straubel reasserted that Model 3’s design is vastly less complex than Model S and X, and built with high volume production in mind. “The initial phase of manufacturing in any new vehicle is always challenging, and the Model 3 production ramp is no exception,” said Tesla.

Because the production process for Model 3 is highly automated, any misconfiguration or general issue around a specific machine in the process becomes amplified across all other machines that rely on it. There’s less tolerance for errors in an automated process, explained Musk. Once Tesla fixes many of the mechanical and electrical issues that it’s currently facing, production ramp up will scale exponentially. Conversely, Model S and Model X production was far less automated, which served as a double edged sword: Tesla was able to quickly address issues in the production process by increasing the number of human labor hours involved, but at the expense of reaching a finite production level.

Tesla Model 3 production is expected to reach 5,000 units per week in the first quarter of 2018, but achieving its originally planned 10,000 units produced per week “sometime in 2018” still remains unclear.