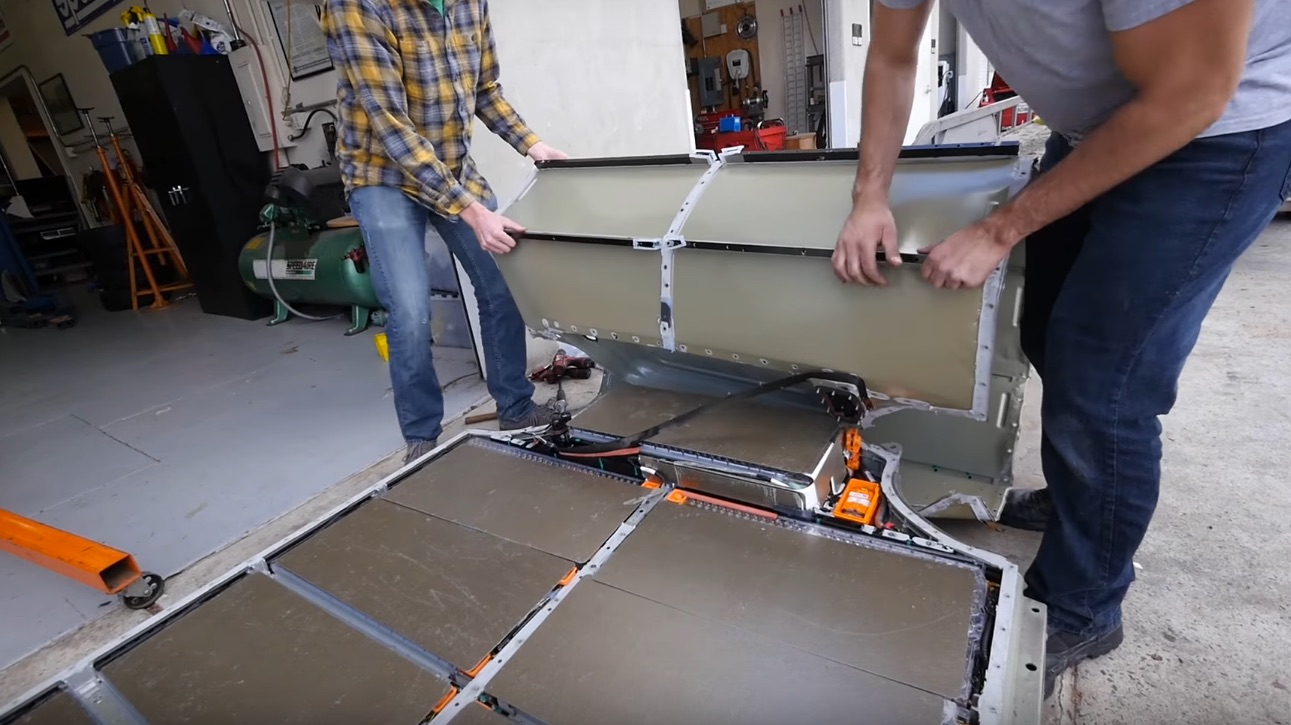 You might remember the team over at EV West for their custom-built “Powerwall” after the team took old Tesla batteries and built them up into a battery storage unit for their facility. They’re back, this time documenting a full teardown of a Tesla Model S battery pack.

EV West is a well established player in the Southern California EV scene with plenty of experience building and supporting custom electrified retrofits of primarily VW and Porsche vehicles. Their YouTube channel has a scattering of info about their conversions and other goofy projects they have built up in the past.

This particular teardown goes from a full pack from what looks to be an 85kWh Model S all the way down to the individual battery cell module. The detail put into the video is insightful and has more information than previous teardown videos, noting that the pack weighs 300 lbs per corner or a staggering 1200 lbs total. What are they doing with 16 battery modules? The video is a bit on the salesy side and lays out a few basic configurations the packs could be put into for an EV project, a home battery or otherwise. Jehu Garcia of EV West mentions that they have put them into all sorts of projects in the past such as a Porsche 911 EV conversion which they also sell as a kit (without batteries). EV West also sells the stand alone Tesla battery modules.

It’s exciting seeing different facets of the EV scene play out in real time via YouTube, as modders, hackers and enthusiasts express themselves at the intersection of batteries, motors and cars. Check out the full video below which runs around 7 minutes with a few extras at the end about the EV West team.