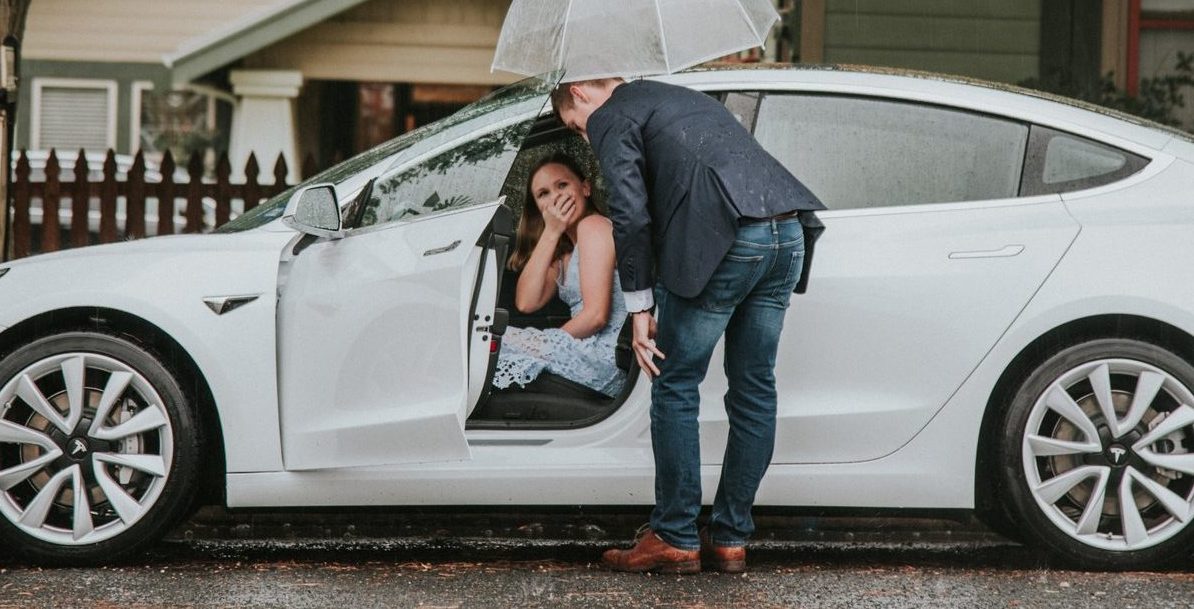 Tesla Tales: How a Model 3 led to the perfect proposal

If there is one thing that Texas-based engineering student Matthew Piccolo and his girlfriend Jessica Kuzma have in common, it is their love for Tesla’s electric cars. For Matthew, he was sure that she was the one. Thus, when it came to ask Jessica the all-important question, he knew he had to come up with something that both of them would appreciate and remember in the years to come.

That would be the Tesla Model 3. Using one of the compact electric car’s Easter Eggs, Matthew decided to propose to Jessica right as she sat in the driver’s seat. The proposal, which happened during a rainy Texas day, was nothing short of perfect.

“Thanks, Elon Musk, for building a car that makes such an awesome wingman for a proposal!” Matthew wrote in a Twitter post featuring the event.

Matthew chatted with Teslarati about his and Jessica’s Tesla tale, and it is something that is incredibly sweet. Both he and Jessica are college students, and thus, they cannot afford one of Tesla’s luxury electric cars for now. Being close to graduating from his engineering degree, Matthew plans to help his now-fiance go through medical school. After that, they plan on buying their dream cars — a Tesla Model X and a Model 3.

Matthew wanted his proposal to incorporate his and Jessica’s “thing,” and he also wanted it to be creative and fun. His dad, for one, took great lengths when he proposed to his mother, buying cracker jacks for her every week and hiding the engagement ring as the prize inside the final pack. After brainstorming about his proposal, Matthew found something perfect on Turo — a white Tesla Model 3, which just happens to have a sketchpad Easter Egg. 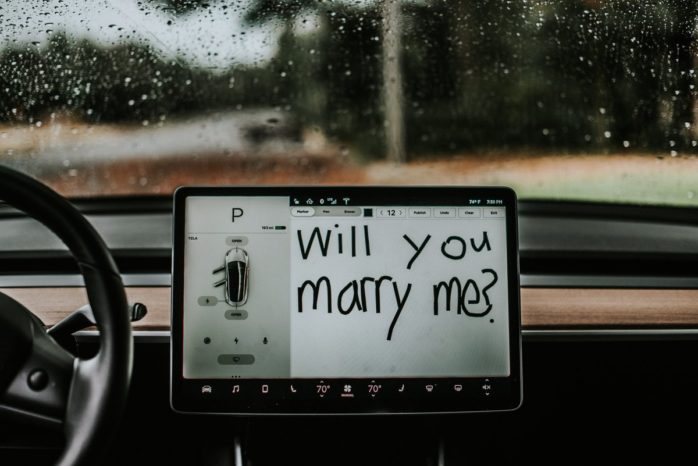 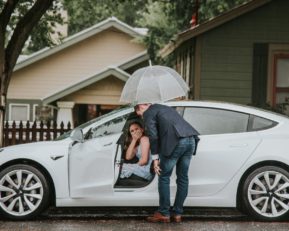 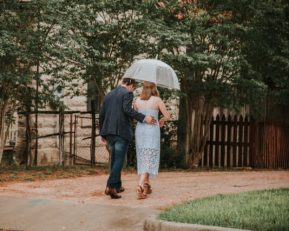 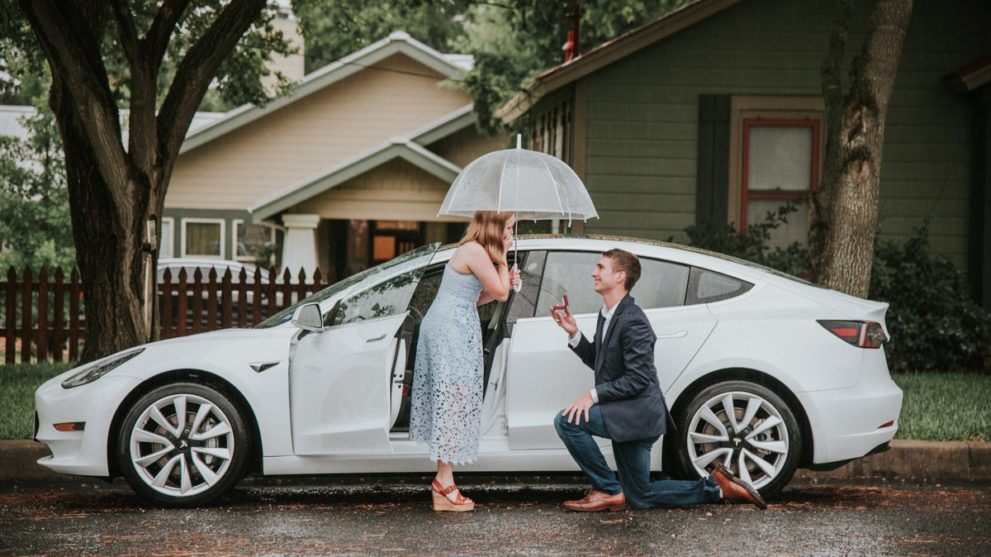 Matthew and Jessica saw their first Model 3 in the wild a few months ago outside her apartment complex, and both pretty much fell in love with the vehicle. According to Matthew, seeing the Model 3 in person after hearing about it for so long was “something else.” After finding the electric car on Turo, Matthew began to drop some hints to his fiance-to-be. He first told her that he had bought a Model 3, an idea that Jessica warmed up to eventually. According to Matthew, she eventually thought that “Model 3” was a code for “engagement ring.”

“She thought whenever I said ‘Model 3,’ that was code for ‘engagement ring.’ Little did she know I actually bought a Model 3, but only for a day. That’s how I got the surprise that I wanted out of the proposal,” he said.

Matthew chose July 4 as the date for his proposal. He and Jessica drove around the rental white Model 3, and according to Matthew, “she and I loved it,” despite the rainy weather. When Jessica saw the message on the white Model 3’s sketchpad Easter Egg, she knew her answer. As could be seen in the couple’s Twitter posts, she said yes, and it was the sweetest of proposals, done in a rainy Texas afternoon and besides a vehicle that both hopes to own one day.

Matthew states that it would be great to have a Tesla Model X carry them away during their wedding, similar to a Tesla-themed wedding we covered earlier this year. The engineering student also states that he and Jessica love the idea of using a different-colored Model 3 for a baby announcement in the future. At that point in their lives, Matthew hopes that they would already have their very own Model 3. Tesla’s electric cars, after all, make great wedding vehicles, as could be seen in this Model X fleet “performing” in unison for a bride and groom in China.

Tesla Tales: How a Model 3 led to the perfect proposal