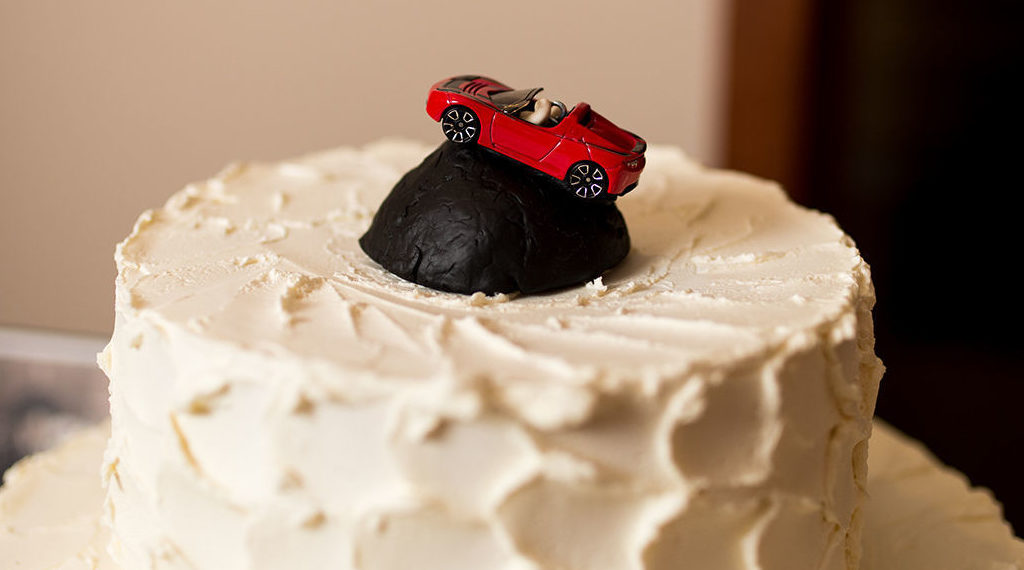 A couple from Washington, D.C. recently got married in a Tesla themed wedding, complete with a Starman-inspired cake and a Model X bridal car. The newly married pair, Model 3 reservation-holders 29-year-old Alexi Hoeft and 30-year-old Alexander Hart, decided on their wedding’s unique theme primarily due to the bride’s passion for Elon Musk’s ventures.

In a statement to the San Francisco Gate, Alexi stated that she really wanted to incorporate Tesla in her wedding. She even admitted that she actually considered holding the ceremony in a Tesla showroom. That, however, did not pan out, so she and Alexander decided to do the next best thing — integrating Tesla, and even a bit of SpaceX, in their wedding.

“I’m not going to lie: I did consider seriously having my wedding at a Tesla showroom and looked into different options,” Alexi said.

The bridal party was transported to the wedding venue by Hoeft’s dad’s Tesla Model X (the pair is currently waiting for their Model 3). In photos of the bride and groom that they shared with the publication, both Alexi and Alexander could be seen beaming as they were photographed exiting the electric SUV. 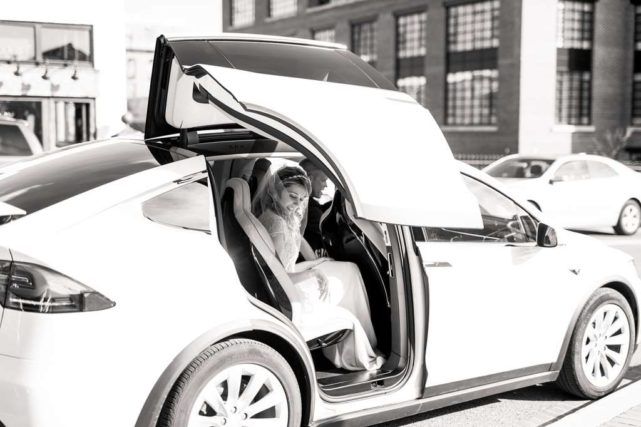 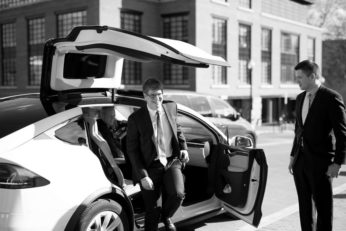 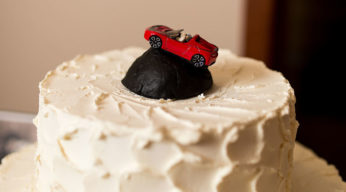 In what could only be a pleasant surprise for the couple, both the bride and the groom’s vows actually included references to Tesla. According to Hart, Alexi’s dedication to clean transportation and renewable energy initiatives is something that he just had to include in his vows.

“Part of my vows referred to Alexi’s incredible passion and curiosity about the world around her, and the way she follows Tesla developments was one the best examples I could think of,” Hart said.

As another reference to Elon Musk’s ventures, the couple also decided to include a little bit of SpaceX in their wedding. Alexi and Alexander stated that they livestream SpaceX launches whenever they can, so for their wedding, they just had to integrate something from the Elon Musk-led space company. Alexi had the perfect idea for this — a Starman-inspired cake-topper — in honor of the Falcon Heavy’s maiden launch, which, as fate would have it, happened 10 days before her wedding.

The couple’s Starman-inspired cake topper was actually the bride’s own creation, made from a Tesla Roadster Christmas ornament she received from the groom when they were still engaged, as well as a couple of cute Play-Doh people.

“I was really excited to make that Starman replica for the cake topper. I put in two little tiny white Play-Doh people into the seats to be us as a couple, shooting off into the future and limitless possibilities,” Alexi said.

As we noted in a previous report, Tesla is currently ramping up the production of the Model 3, with the Elon Musk-led firm targeting a 2,500/week pace by the end of Q1 2018. By the end of Q2 2018, Tesla is aiming to raise its production capacity to 5,000 Model 3 per week. Placing a reservation for the Model 3 is easier now as well, with Tesla accepting payments through Apple Pay.