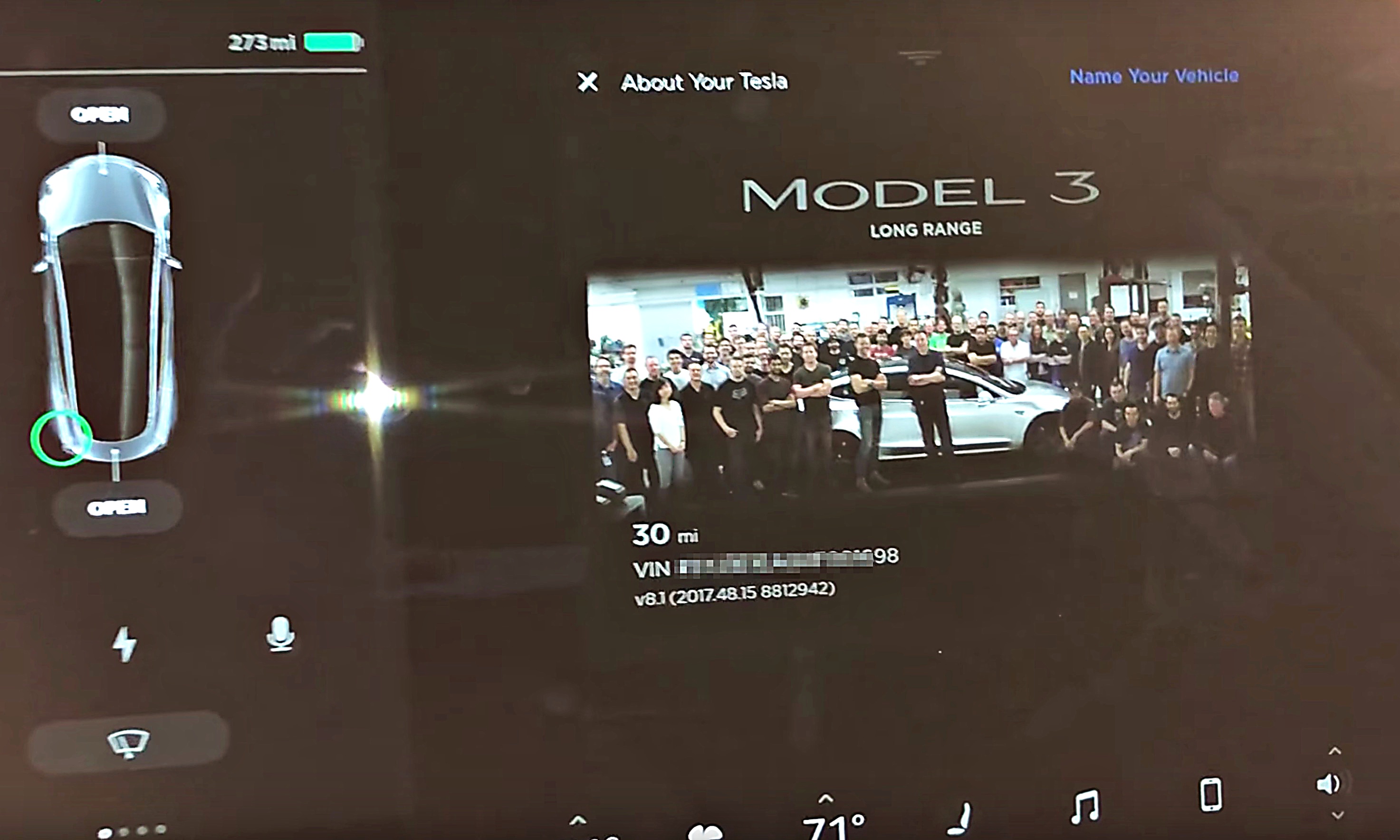 Tesla’s vehicles, apart from being wicked fast on the roads, are also known for their fun Easter Eggs. Over the past few years, Tesla owners have managed to uncover many of their vehicles’ fun, quirky secrets, including James Bond references and “Mario Kart”-esque animations. With this in mind, it was only a matter of time before the first Model 3-specific Easter Egg was discovered. Never to disappoint, the Tesla community has already found the first cool secret of the company’s mass market vehicle.

The team photo could be accessed by first pressing the “T” at the top of the Model 3’s center touchscreen. Doing this brings up the standard “About” dialog box, which displays the current status of the vehicle, from its model type and the software it is currently running. The Easter Egg is activated by pressing and holding the “3” in the Model 3 label for about 10 seconds, which causes the car in the display to zoom off the screen and get replaced by the development team’s photo.

Teslarati’s Marco Papa posted a video of how this Model 3 Easter Egg can be accessed.

Tesla has hidden similar Easter Eggs on its previous vehicles in the past. Both the Model S and the Model X, for one, have comparable Easter Eggs, with the vehicles displaying the photo of Tesla’s factory team members after following a series of steps from the “About” dialog box. As could be seen in this video, the Model S’ Easter Egg is accessed by following an almost identical process as the one utilized for the Model 3.

The Tesla Model 3 is currently being built at the carmaker’s Fremont factory, while several of its most pertinent parts, such as its battery modules and drivetrain, are being produced at the Gigafactory in Nevada. Over the past few years, Tesla’s Nevada facility has enabled the carmaker to establish a close working relationship with the state’s government, with Gov. Brian Sandoval specifically praising Tesla for being a valuable contributor to Nevada’s economy during the 2017 NV State of the State Address.

Not everything has been easy with the rollout of the Model 3, however, as manufacturing bottlenecks due to issues related to the automation of its battery production line. This has caused the Elon Musk-led electric car firm to miss its goal for the third quarter of 2017. Since then, however, Tesla has seemingly ironed out the kinks in its production line, and deliveries are starting to ramp up.