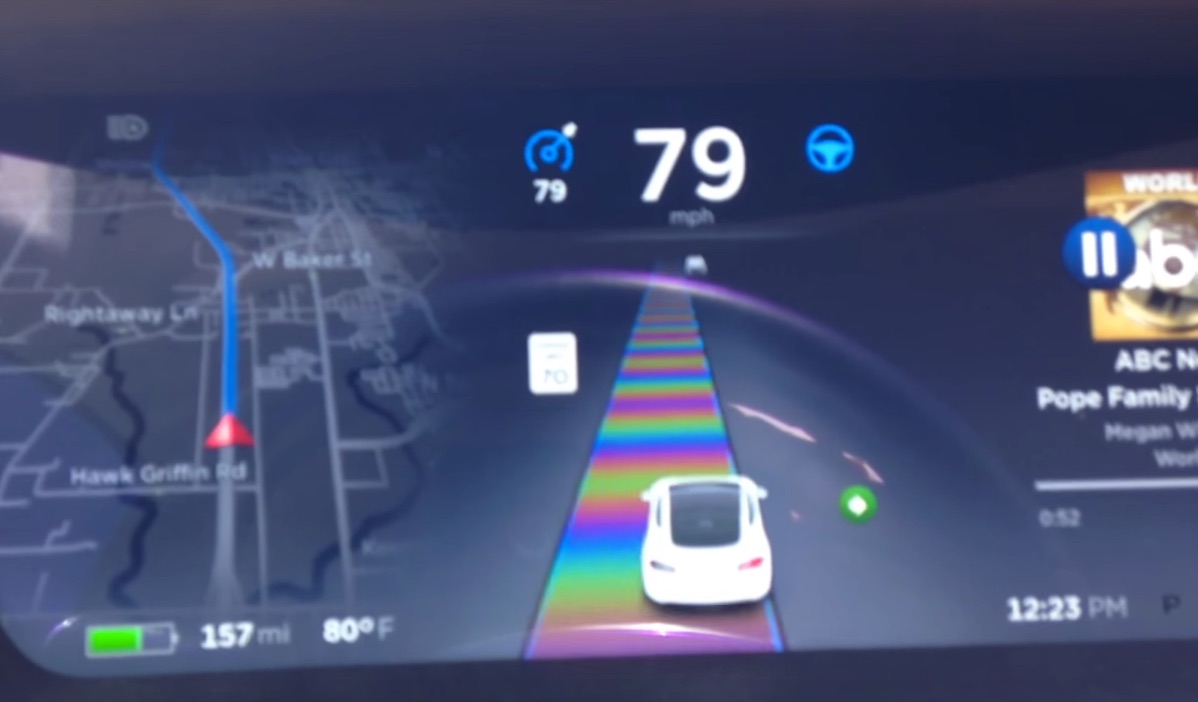 Receiving a firmware update is one of the greatest joys any Tesla owner can experience, but pales in comparison to finding the always fun, and always mysterious Tesla easter egg.  Past easter eggs have revealed the meaning of life and unlocked the ability to hop into James Bond’s Lotus submarine.

The latest easter egg revealed by Elon Musk himself via Twitter fills in Autopilot lane markings with a rainbow-colored road which the Tesla CEO refers to as “psychedelic cowbell road”.

Musk is no stranger to being a fan of pop culture. Having set the maximum volume level to 11 on the Model S and X – a nod to a classic Spinal Tap reference -, and named each of its performance upgrades after the movie Spaceballs, rest assured that more cowbells will be coming soon.