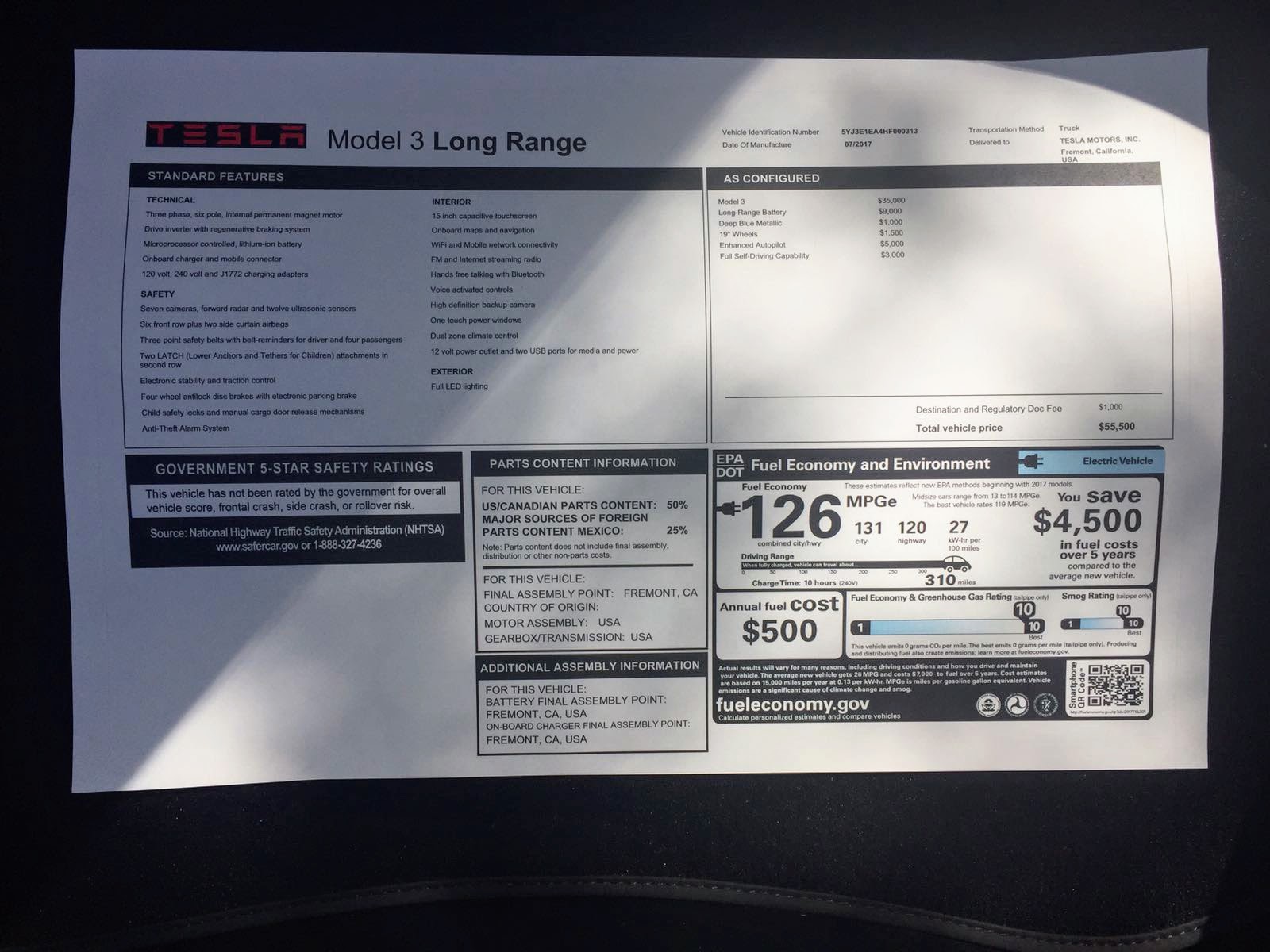 Tesla states that its Long Range Model 3 is capable of 310 miles of driving range per single charge, but the company might be voluntarily under reporting its true driving range according to data revealed in the official EPA certification summary report for the vehicle.

First it’s important to understand how the US Environmental Protection Agency (EPA) calculates electric vehicle driving range using a 5-cycle procedure to determine its MPGe rating. The EPA multiplies an electric vehicle’s ideal city and highway range value by a 0.7 factor to account for real world environmental conditions such as wind resistance and other variables that contribute to increased energy consumption. Both city and highway range values are then weighted by 55% and 45% respectively, before being added together and arriving at the vehicle’s true EPA-rated range.

In the instance of Tesla’s Long Range Model 3 that reportedly uses an 80kWh battery pack, the EPA’s multi-cycle test procedure yields 495.04 actual miles attained in city driving conditions and 454.64 miles in highway testing. Using the EPA’s .7 factor and weighted formula, we can arrive at the following Model 3 city and highway true driving range. The Long Range Model 3’s EPA-rated 334 miles of driving range is a far departure from the company’s stated 310-mile range. Why?

According to discussion taking place on the Model 3 Owners Club forum, it’s believed that Tesla is voluntarily reducing the vehicle’s combined range from 334 miles to 310 miles – something that automakers are able to do according to EPA guidelines.

Tesla is voluntarily under reporting Model 3’s driving range likely to further differentiate it from the company’s Model S 100D that has a stated EPA driving range of 335 miles per single charge, but at a price point that’s roughly double that of Model 3. Incidentally, EPA data for Model S suggests that Tesla has also voluntarily lowered the vehicle’s EPA-rated range. The Model S 100D has a true range of 341 miles (~549 kilometers) but under reported at 335 miles (539 kilometers), according to the EPA’s Certification Information Summary Report for Model S.

We’ve embedded the Model 3 EPA report below. Why do you think Tesla is under reporting Model 3’s true range?