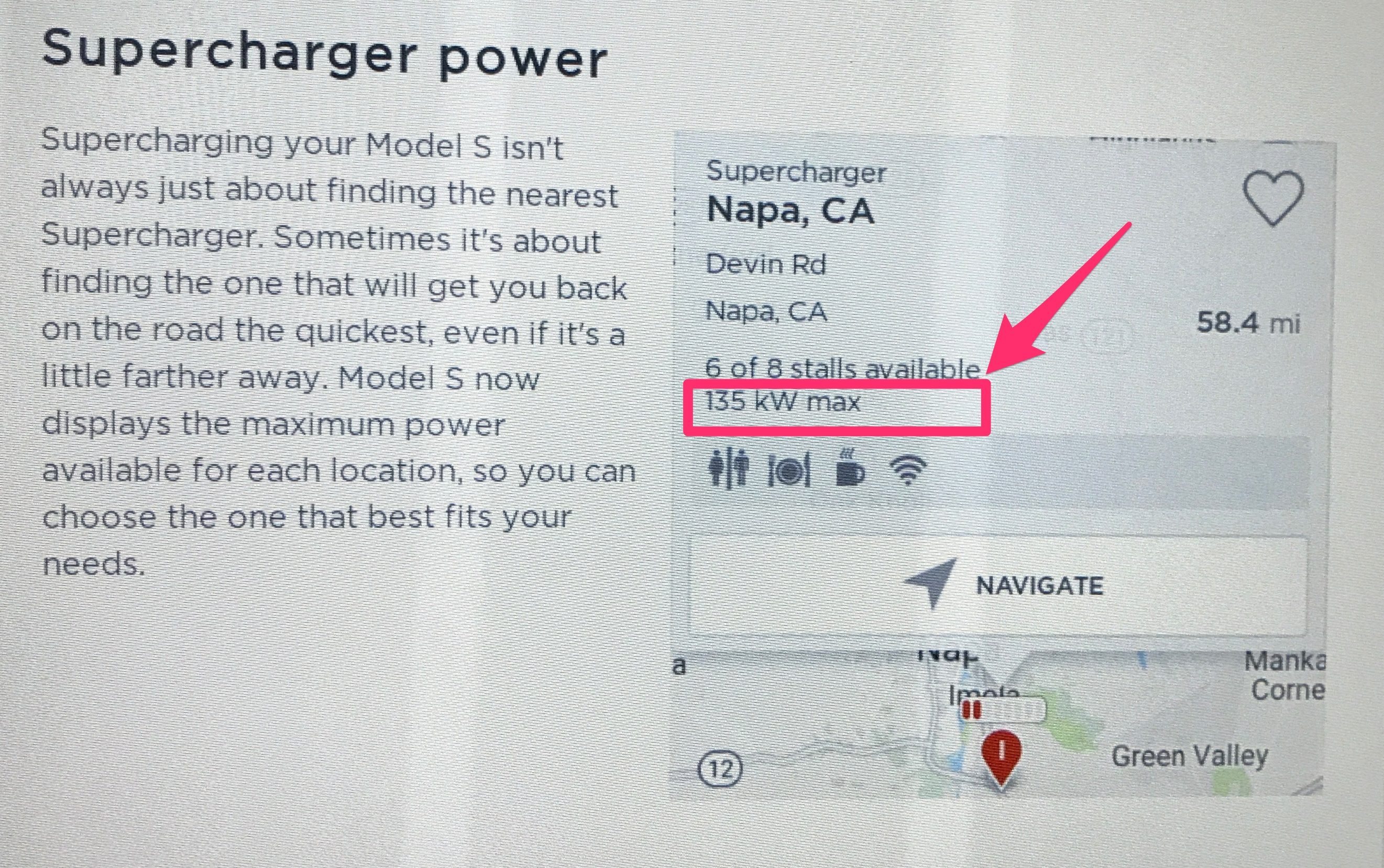 Tesla has rolled out an over-the-air software update that allows its drivers to see the maximum attainable charging speed at each Supercharger location ahead of time. Software release notes for v8.1 (2017.36 1b27c6d) reveal a new ‘Supercharger power’ feature that displays the maximum power available at each location, beneath its respective onboard navigation map icon.

“With this release, we’re adding power information for Superchargers so that you can easily find a charger that meets your charging needs. Supercharging your Model S isn’t always just about finding the nearest Supercharger. Sometimes it’s about finding the one that will get you back on the road the quickest, even if it’s a little farther away.” reads the description for the new feature.

“Model S now displays the maximum power available for each location, so you can choose the one that best fits your needs.”

The software update made available to Model S and Model X arrives as Tesla begins to roll out its newest urban Supercharger into city centers and densely populated urban areas. We recently published a first hands-on look at the slimmer and more compact 72 kW Supercharger in Chicago.

“Now, as part of our commitment to make Tesla ownership easy for everyone, including those without immediate access to home or workplace charging, we are expanding our Supercharger network into city centers, starting with downtown Chicago and Boston.” said Tesla in a blog post.

Providing Tesla drivers with the ability to see a Supercharger’s maximum power or charging speed ahead of time is a further testament that the company is committed to alleviating any inconveniences associated with charging. Back in February of this year, Tesla pushed out a feature that gave drivers visibility on a Supercharger location’s occupancy, thereby allowing them to see how busy a particular location is. The company also began to display Supercharger fees as well as indicators for nearby amenities such as restaurants, Wi-Fi access and restrooms through other incremental over-the-air software updates.

We’ve provided a before (left) and after (right) look at information being displayed for each Supercharger location. 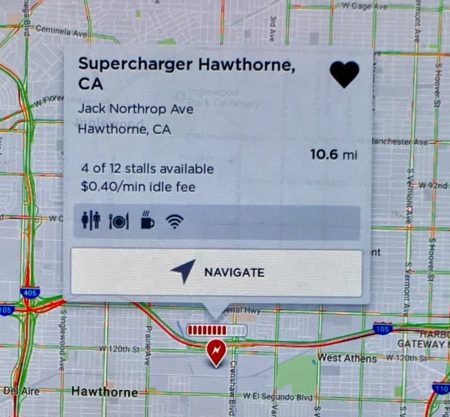 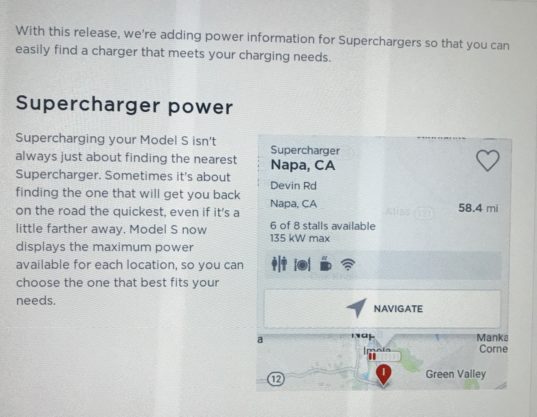 H/T to Marco for the screenshots

Teslarati has crowdsourced recommendations for each Tesla Supercharger, destination charger and Tesla store/service location from Tesla drivers across the world. Information is made available through our Interactive Supercharger Map, and mobile apps for iOS and Android.