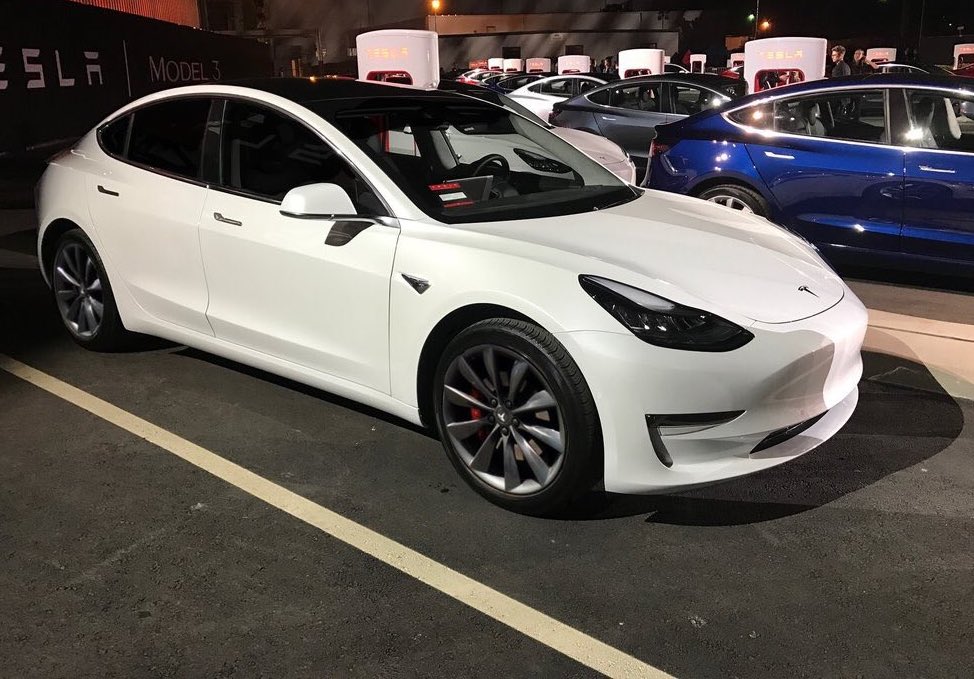 As a flurry of Tesla Model 3 first impressions begin to scatter across the internet, one involving a professional driver and devout BMW enthusiast is arguably the more noteworthy of the bunch. Alex McCulloch, a licensed airline pilot, skilled mechanic and performance driving instructor, got behind the wheel of Tesla’s Model 3, and he had a lot to say about the company’s first mass market electric sedan.

Considering his strong automotive background, McCulloch’s observations and impressions about the Model 3 came from a relatively objective standpoint. Neither a staunch critic nor an avid fan, the BMW enthusiast allowed the Model 3 to speak for itself.

McCulloch was able to drive the Model 3 for a full day, and during that time, the professional driver was able to acquaint himself with several key features of the electric car. According to the BMW enthusiast, it did not take long before he was able to get comfortable with the minimalistic design of the Model 3’s interior.

Though McCulloch pointed out that the placement of the vehicle’s hazard button was quite challenging to find, one area that he could definitely give a thorough impression on, however, was Model 3’s capabilities on the road. According to McCulloch, Model 3 worked flawlessly, doing exactly what he wanted to do, which he found pleasantly surprising.

McCulloch noted, “Despite my lack of seat time in the car, it did what I asked with ease; it was communicative, composed, and surprisingly neutral, despite my not being able to figure out how to defeat the stability control.”

If there was one thing that truly impressed McCulloch, however, it was the Model 3’s steering, brakes, and balance. According to the BMW enthusiast, the Model 3 completely met his expectations for performance.

“The steering, brakes, and balance were all on par with my expectations of a sports sedan—think (BMW) E46 M3.”

Alex McCulloch is an active member of BMW CCA, a prominent group of car enthusiasts with a particular liking for the iconic German brand. The professional driver himself owns a number of BMWs, including an M3 E46, a 320i Touring, a rare M Coupe, a 325iX, and a 325XI Sports Wagon.

Among his collection, his personal favorite is the M3 E46, which McCulloch feels is simply the best car that was ever made. And yes, that is the very same BMW M3 E46 that he compared the Model 3 to when he wrote about his experience with the electric car.

Overall, McCulloch’s brief time with the Model 3 ultimately convinced the veteran driver that the electric car is the first of many vehicles that would usher in the future of transportation.

“As I stood there—minding my reflection—it was clear that I was staring at the future. This car is a game-changer; it will be relatively attainable compared to its predecessors, and it was even able to satisfy the driving bias of an old-school BMW-lover like me.”

The Tesla Model 3 has been getting a lot of positive attention from the electric car community since deliveries of the mass market compact sedan began. Just recently, a Model 3 with Aero Wheels set a Cannonball Run record for EVs, finishing the long journey in just 50 hours, 16 minutes and 32 seconds.